They received the prize for their outstanding contributions to scientific and technological innovation during the National Science and Technology Award Conference at the Great Hall of the People in Beijing. 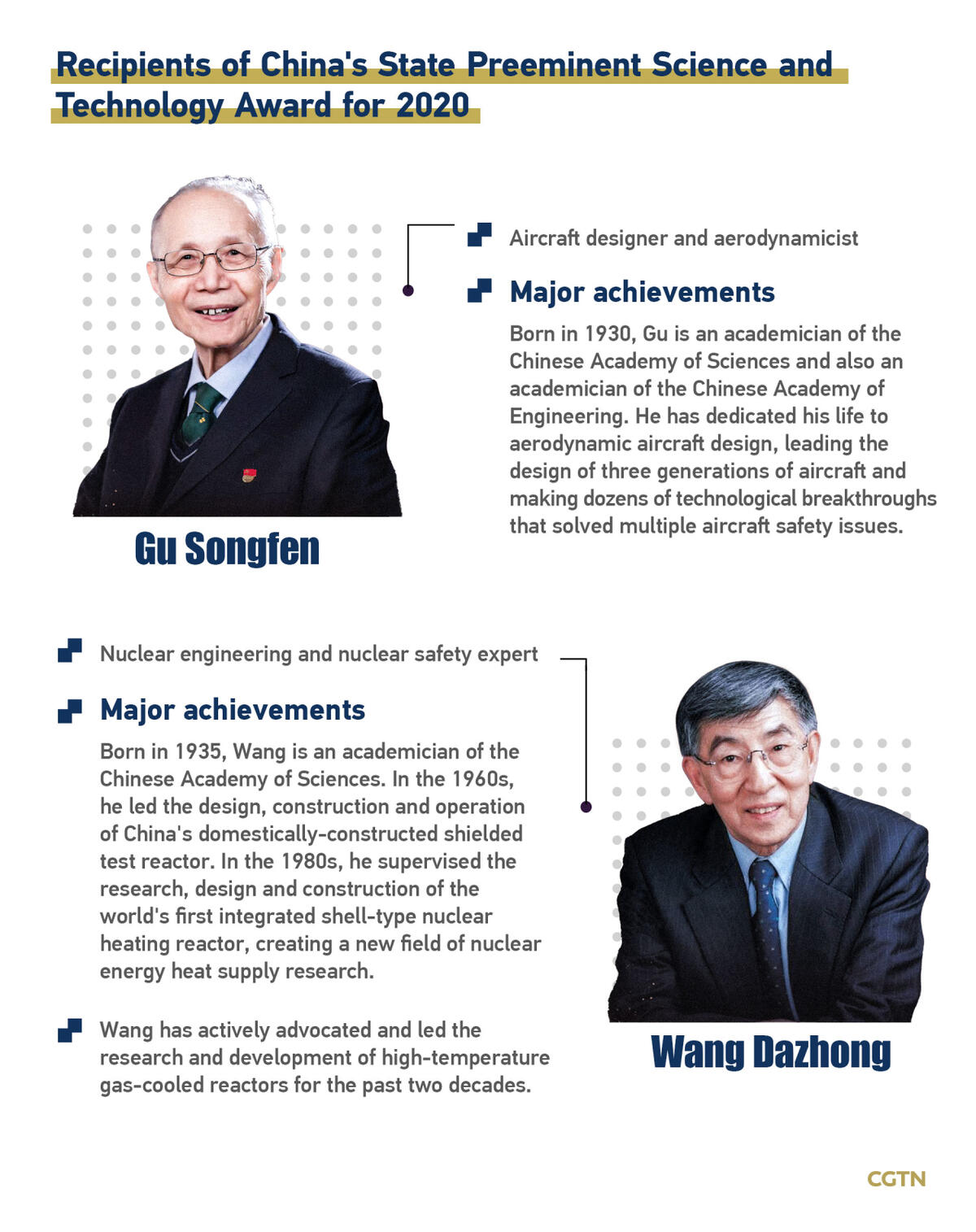 Born in 1930, Gu is a renowned aircraft designer, founder of aircraft aerodynamic design, and an aviation strategy scientist.

He established the country's aircraft aerodynamic design system, pioneered the independent development of fighter aircraft, and continued to carry out aviation strategic research, making a significant contribution to China's aviation science and technology.

Gu now serves as a senior consultant at the Aviation Industry Corporation of China and as honorary dean of the Chinese Aeronautical Establishment.

Born in 1935, Wang is a distinguished scholar and strategic scientist in international nuclear energy. He has been committed to developing advanced nuclear energy systems with inherent safety features.

He has helped China make great leaps in the development of high-temperature gas-cooled reactor technology, laying an important foundation for the country to step into the forefront globally in the field of advanced nuclear energy.