In-depth | From grassroots to lawmaker: A glimpse of China's 'whole-process democracy' 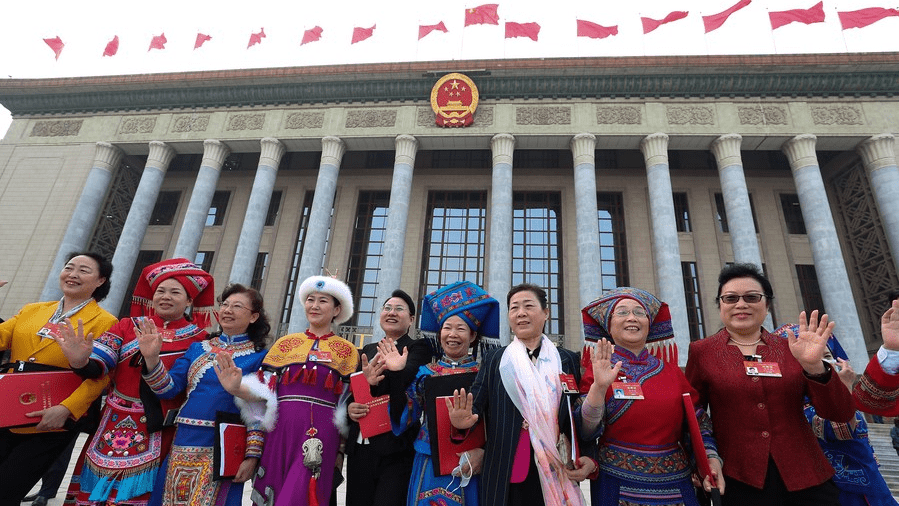 Deputies to the 13th National People's Congress (NPC) leave the Great Hall of the People after the closing meeting of the fourth session of the 13th NPC in Beijing, capital of China, on March 11, 2021./Xinhua

The notion of Chinese democracy is not the same as that in the West. The political system in China is more about consensus building within a greater voice rather than the protracted bargaining to arrive at decisions common in the West.

The country's application of democratic principles follows an approach Chinese President Xi Jinping has termed "whole-process people's democracy." The concept was put forward about two years ago, during Xi's visit to a civic center in Shanghai.

Based on the people's congress system, the "whole-process people's democracy" enables the Chinese people to broadly and continuously participate in the day-to-day political activities at all levels, including democratic elections, political consultation, decision-making, and oversight.

The story of Chinese lawmaker Liu Li gives a glimpse into how China's whole-process democracy operates. 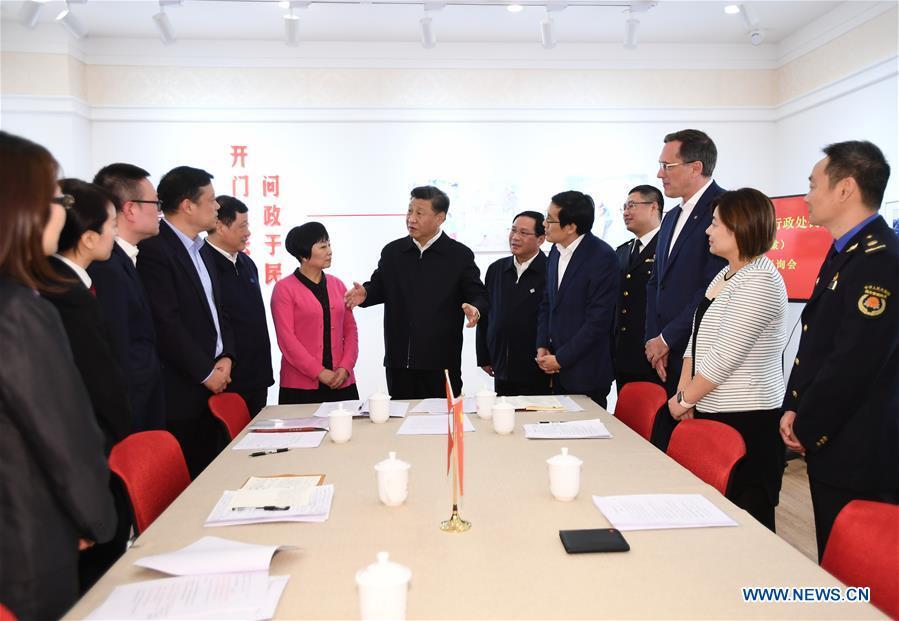 Chinese President Xi Jinping visits the Gubei civic center where a consultation meeting on a draft law was held in Changning District of Shanghai, east China, on November 2, 2019. /Xinhua

A foot masseuse's way up to China's top legislature

Liu, a deputy to the 13th National People's Congress (NPC) China's top legislature, has fought her way to the influential position from the grassroots.

She was born in a poor rural family in Yingshang, a small county in east China's Anhui Province. She quit school at the age of 14 and worked to support the education of her four siblings.

After leaving home penniless, she went to Wuhan in central China's Hubei Province to work as a waitress and nanny before finding a job as an apprentice in a foot massage center in Xiamen, east China's Fujian Province.

Her humble background didn't stop her charitable giving. Liu dropped out of school, but she didn't want others to be like her. From 2006 to 2010, she sponsored over 100 students.

Liu's goodwill made her a national celebrity. She was called "the most beautiful foot masseuse in China" and later became a representative for migrant workers and the rural population in China's top legislative body. 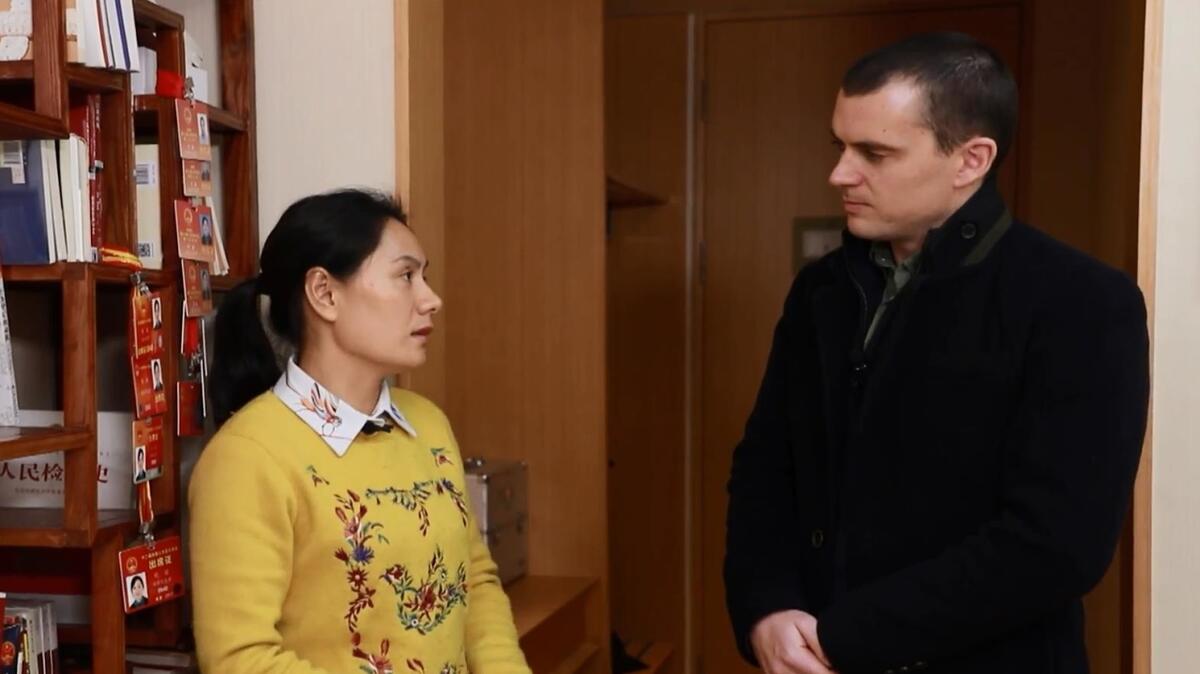 'Democracy is not for decoration'

Unlike legislators in the West who make a career in politics, China's NPC deputies, like Liu, work part-time, and many of them are ordinary citizens from all walks of life, including farmers, factory workers, craftsmen, and even street cleaners.

At the annual full session, NPC deputies review and vote on important legal documents and personnel changes, including electing China's president and vice president every five years and submitting motions and proposals.

Liu's proposals have focused on disadvantaged groups, such as the elderly, children, and migrant workers. In 2018, Liu proposed establishing local "one-stop" help centers to investigate child sexual abuse cases to the NPC. Her proposal was addressed by the NPC and measures were adopted.

Prosecution authorities in Anhui's Dingyuan County took the lead and set up a juvenile legal education center to handle such cases and minimize the negative impact on children during investigations. Now, there are 15 such centers in the province.

Liu's suggestions originated from close contact with local communities. When the NPC is not in session, she visits fellow migrant workers' homes and collects their opinions online. She also listens to comments on society from her clients who come from all walks of life.

Liu's story is only one example of how grassroots deputies respond to people's needs and how people's congresses contribute to China's "whole-process democracy." As Xi observed, "Democracy is not an ornament to be used for decoration; it is to be used to solve the problems that the people want to solve." 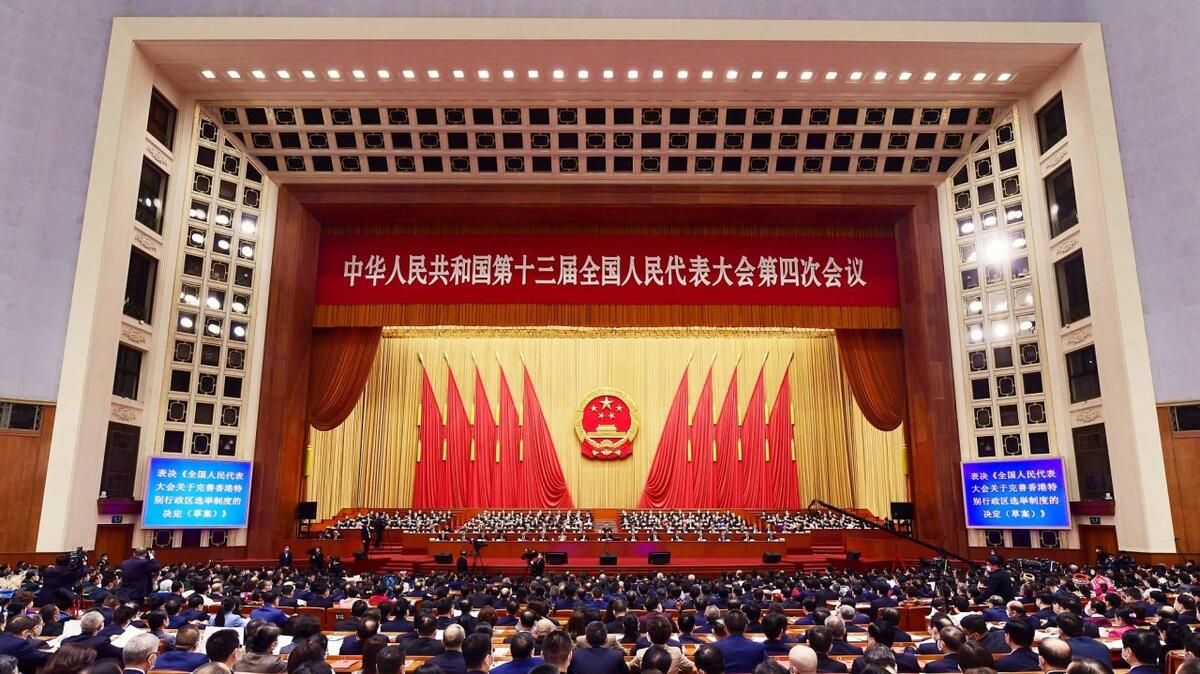 The closing meeting of the fourth session of the 13th National People's Congress (NPC) is held at the Great Hall of the People in Beijing, capital of China, on March 11, 2021./VGC

In 2019, there were a total of 2.67 million deputies of people's congresses of all levels, including 590,000 at the county-level, and 1.94 million at the township level. Deputies at the two levels accounted for 95 percent of the total number.