'Zhoushan came, and we are rescued.'

At 21:30 on August 9, the results of the COVID-19 test of 20 Chinese crew members on the "Hong Jin" Vessel, which was berthed at a designated Anchorage in Zhoushan, Zhejiang province, were announced. At that moment, the atmosphere on the ship was as silent as the sea, until a light shone in the dark distance and then they knew that "Zhoushan came, and we are rescued."

This Panamanian-registered vessel, which has drawn attention because of its crew’s fever, has been traveling nearly 20,000 kilometers through China, Indonesia, and the Philippines for more than 30 days since July 2. And halfway through its journey, the crew succumbed to fever. It took only 11 days for the first feverish crew member to the 13th one, which made them realize that "this may not be a common cold." On August 7, a video of nearly 2 minutes spread out. A crew member named himself "Guo Yucai" holding his ID card to reach out to the world for help, which aroused widespread concern. The crew member with a mask said that the ship's 20 crew members are Chinese, 13 of which had a fever, hoping to be rescued, and now the situation was increasingly critical. At one minute or so in the video, he choked with sobs several times, with helplessness in his eyes. "The ship's crew is now getting more and more emotional, the condition is also getting more and more serious, the spread of fever has been uncontrollable ......" 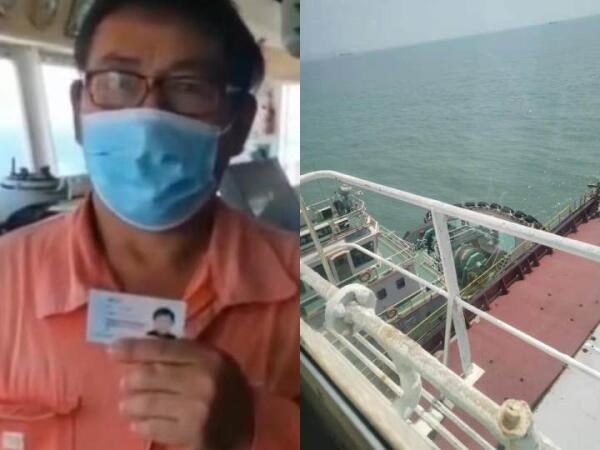 On August 9, a reporter from Tianmu News contacted the video shooter Mr. Zhang, one of the crew members. He said that these days, the "Hong Jin" Vessel stranded crew members cheered each other, "Don’t be worried. As long as we are back to China, there is help". He recorded the real situation by the video that the crew almost collapsed and they hoped for rescue, "We believe in the government, we are sure to be saved".

At 22:00 on August 9, the results of the COVID-19 test of the crew came out. "11 days of anxiety and doubt all faded away at the moment the COVID-19 test report came out. Our hanging hearts finally put down." A crew member described the mood of last night, "The rescue tugboat slowly approached as if we see a light on the sea late at night. At that moment I felt saved."

On one side is the cheer of rescue, on the other side is the rescue relay of every second. From the start of the emergency rescue procedures to the on-site sampling and testing, the whole process does not exceed 24 hours. Official data show that in this rescue relay of 20 crew members, more than 230 staff members in Zhoushan were involved. 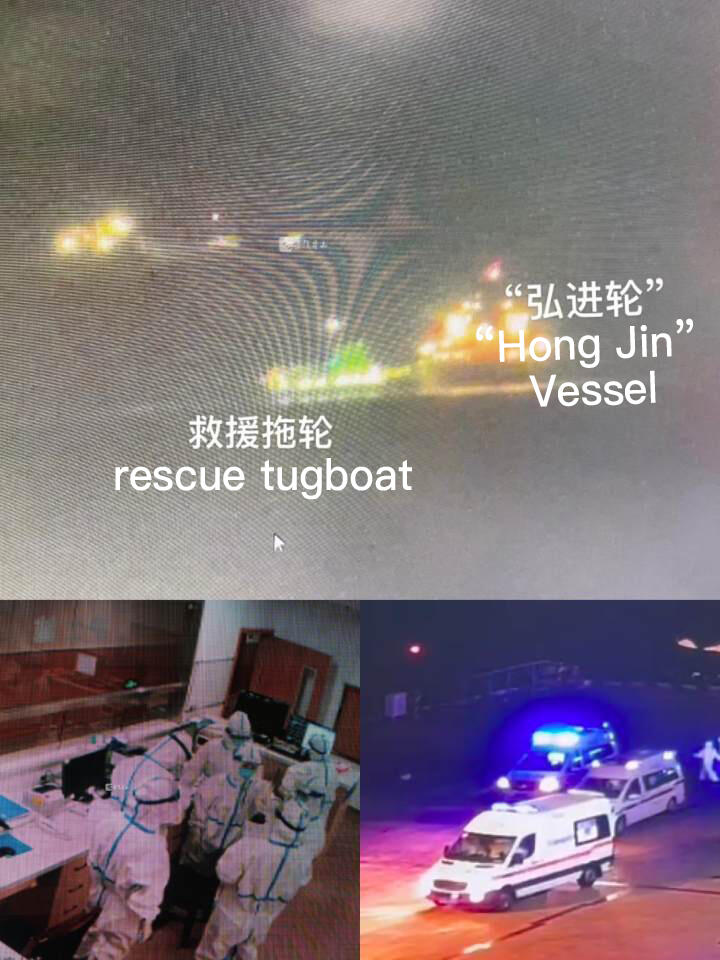 Screenshot of overnight rescue monitoring (picture provided by the interviewee)