Villagers as artists to revitalize their own village

How to avoid monotony in building beautiful countryside?

In the process of rural revitalization, how to stimulate the endogenous power of villagers?

If we let villagers themselves design and transform their villages, will it work?

This is an experiment conducted by Cong Zhiqiang's team of the Renmin University of China in Ninghai County, Zhejiang province: transforming the countryside with art.

Gejia Village, which had been derided by locals as a "no characteristics, no advantages, no potential" village, became an "Internet famous village" due to the experiment; thus, the fate of the entire village has changed.

The first is "digging for treasure". By visiting, we looked for potential idle spaces in the village, understood the skills of villagers, combined with their family culture, and preliminary designed a transformation direction. For example, those who can sew can make handmade creations, those who can brew wine can open featured bars, those who can paint and calligraphy can operate art galleries, and so on. 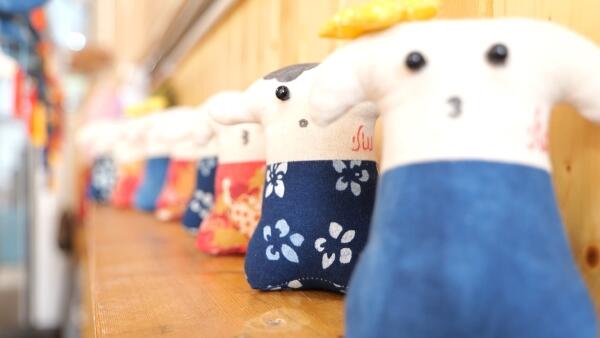 The second is to educate people, meaning to cultivate villagers' creativity and aesthetic ability, enhance villagers' initiative, self-confidence, and entrepreneurial and service-related knowledge, laying the foundation for the transformation of the village into a tourist village.

The third is to create wealth, which means to enhance the villagers' wage and asset income by activating villagers' skills and fixed assets.

The fourth is "shaping the fate". Through the design activity, the relationship between the villagers became more intimate, so that the villagers could unite to renovate the villages spontaneously. "The core of this model is that villagers are empowered by art, and villagers revitalize the countryside." Currently, the village has produced more than 180 "rural artists", achieved a tourism income of more than one million yuan, and was selected as one of China's key rural tourism villages. Late last year, Cong Zhiqiang's team and 13 villagers from Gejia Village came to Dingwang Village, Qinglong County, southwest Guizhou province, to help spread the model of "art revitalizes the village" to this mountain village of Bouyei people. They hope Dingwang Village can follow the model and find a unique path to sustainable development so that the model can help more people.