China helps other countries to walk their own paths 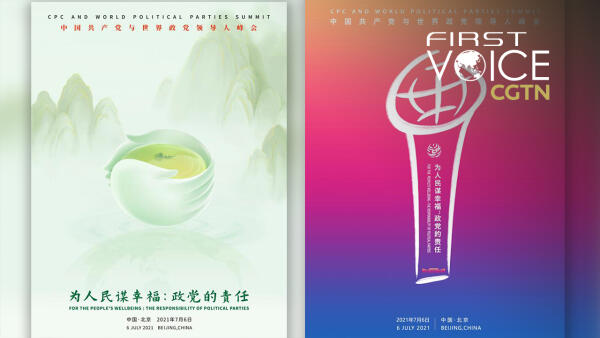 People's support is the source of any political party's strength. With it, nations could prosper and societies enriched.

From its inception, CPC held the commitment to put the people's interest above all else. And over the century, it trudged through adversities and walked out a path that's best suited to China and enrich the Chinese people. What the world is witnessing today – the economic prosperity, the government's effectiveness in the face of challenges and its dexterity in incorporating rapidly-changing societal landscape – are the clearest demonstration of a century of experience.

This is the message that the Communist Party of China sent at the CPC and World Political Parties Summit on July 6. Titled "For the people's wellbeing: The responsibility of political parties," the summit was attended by more than 500 leaders of political parties and political organizations from 160-plus countries and over 10,000 party representatives.

But what happened in China can't just be copied by others. Political parties are often widely different from one another in terms of their leadership structure, policy preferences and positions in their countries. And the national conditions are even more so.

Shaping and guiding development must be left up to each country's themselves to decide. As Chinese President Xi Jinping said during the summit that "all countries and peoples should have equal opportunities and rights to develop" and that every country should find its own path to modernization, there isn't a universal development model that works for everyone. What's universal is the right to pursue development and prosperity. China has no interest in dictating how others should reach that aspiration, but China will help others by sharing its experience and protecting their share of voice and their right in the international community.

As President Xi said, China will always be a part of the family of developing nations. When COVID-19 is threatening everyone's life and rolling back countries' development achievements, the developed nations have revealed an extremely cavalier attitude towards the developing ones. Led by the United States, developed countries banned exports of vaccines and medical equipment. It wasn't after the U.S. has hoarded enough vaccine supplies to vaccinate its population several times over did it start to donate them to others in need.

But even in that, it might be too little too late. The G7 nations pledged extra doses for low- and middle-income countries, but they won't be materialized until the end of 2022. China, in comparison, has provided more than 480 million vaccines to the international community, reaching nearly 100 countries. More than 30 world leaders have taken vaccines from China.

Talking about helping is easy. Lending a hand is hard, especially under this kind of circumstances. It takes commitment and courage to refrain from falling into the narrow mission of only protecting oneself. Everyone has the right to life and to development, it is the responsibility of those who are capable of offering assistance to do so.

Global progress requires efforts by each individual nation, and ensuring the safety and prosperity of their people is the basis of that effort. Pursuing development and prosperity can only be achieved when all nations stand united.