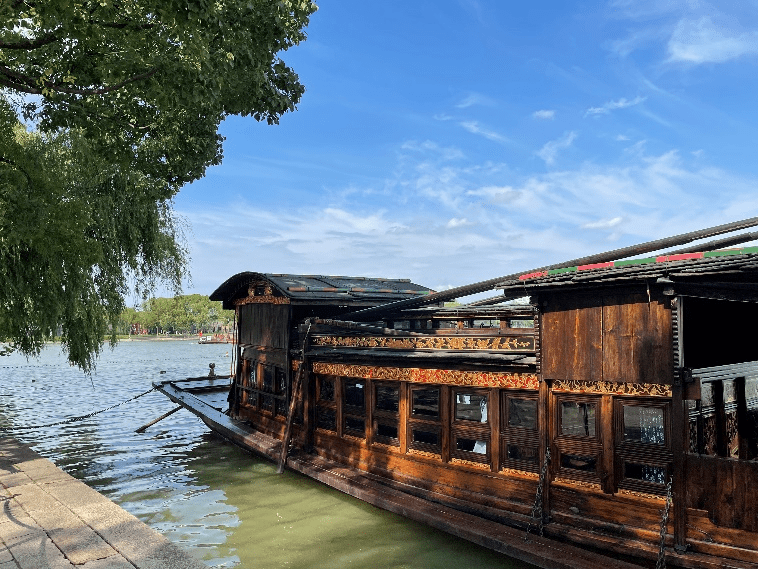 On June 15, 46 reporters from 26 media outlets of Europe, America, and Asia started their coverage journey in Zhejiang and Shanghai to explore the birthplace of the Communist Party of China (CPC). 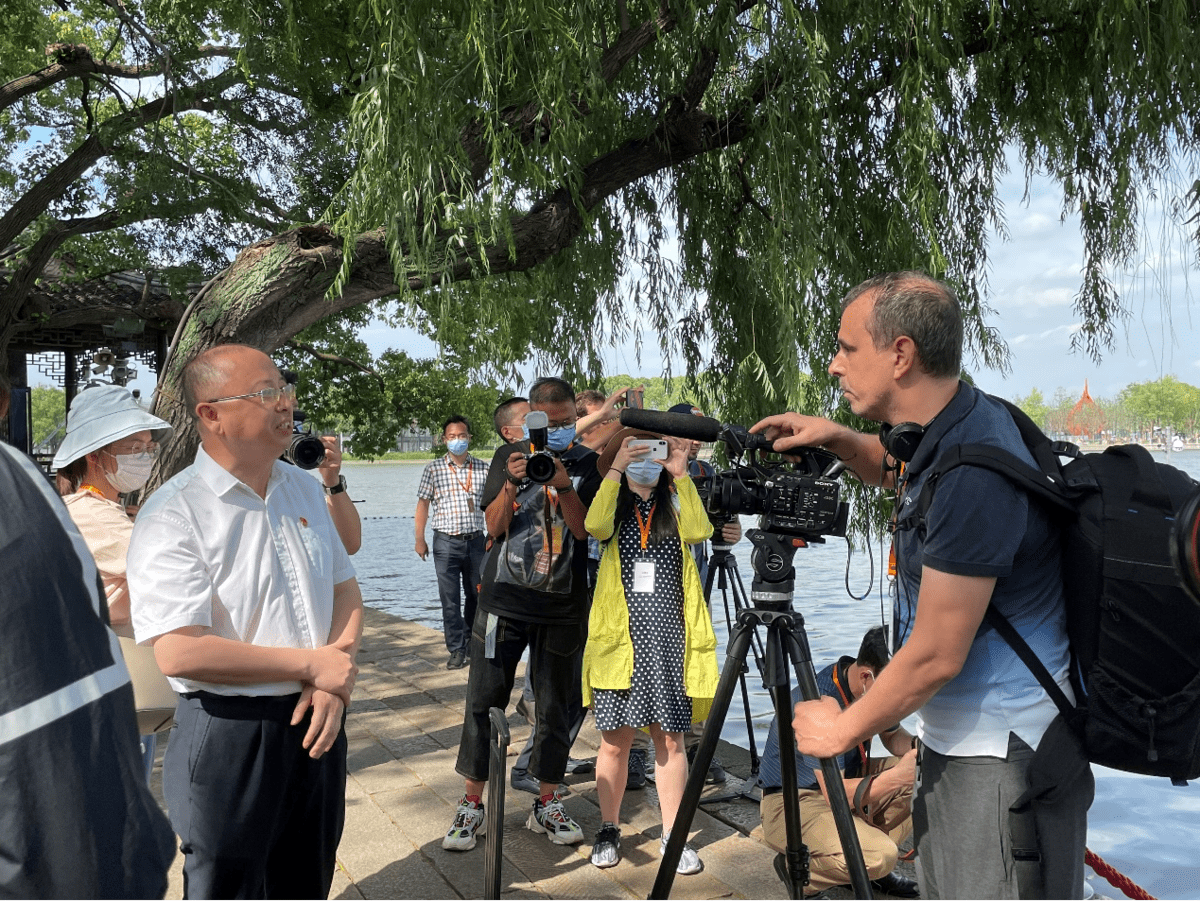 Nanhu Revolutionary Memorial Hall was the second stop. During an interview about the travel experience with a correspondent from In Zhejiang, a Japanese reporter said that it was history, and Mao Zedong is the hero of heroes. On the next day, those media veterans took a tour across Jiaxing downtown to experience the modern Jiaxing's ecology, technology, and aesthetics. The achievement of Jiaxing City is also an epitome of China’s economic and digital development during the past few decades.

Lively and vivid paintings by villagers, sugar cake carving, and shipbuilding techniques in Linglongwan Art Village left the team with deep impressions. At the Xiuzhou District, an administrative region famous for its balance of rural and urban development, media veterans showed great interest in the social achievements of the local community. And according to public data, the urban-rural income ratio of Xiuzhou District was 1.52:1 in 2020, ranking 19th in the list of China’s Top 100 Urban-Rural Integration Cities and Counties in 2020. 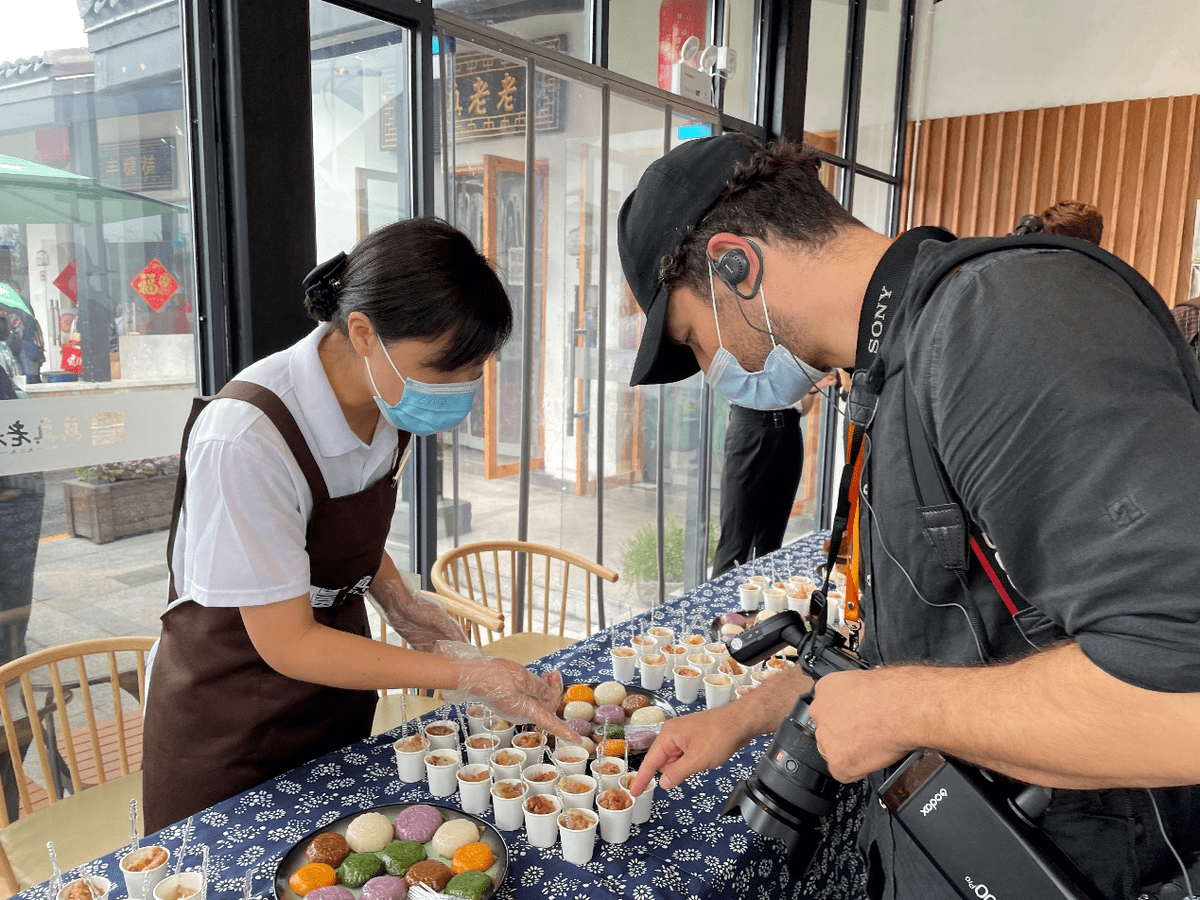 A reporter is chatting with a local resident (Photo/Bian Bingying)

Fresh air and black swans in Ginkgo Swan Lake comforted the media team in the hot weather. In addition to the ecological beauty of Ginkgo Swan Lake, Swan Lake Future Scientific Town will serve as a landmark of nature, art, and science.

During the trip, the media team also visited two local flagship enterprises, Keeson Technology Corp. Ltd. and the EP Yaying Fashion Group. Keeson, as a national high-tech smart bed R&D and manufacturing enterprise, has been working to develop a new model integrating healthcare, medical care, nursing, and home care for the elderly. EP Yaying attracted the reporters’ attention with its elegant and prosperous womenswear with Chinese and natural characteristics. As a fashion group dedicated to lean production, the company is continuously reaching out to overseas markets for better improvement.

After the two-day media tour of Jiaxing in Zhejiang Province, the media veterans will move on to Shanghai for more visits and experiences.