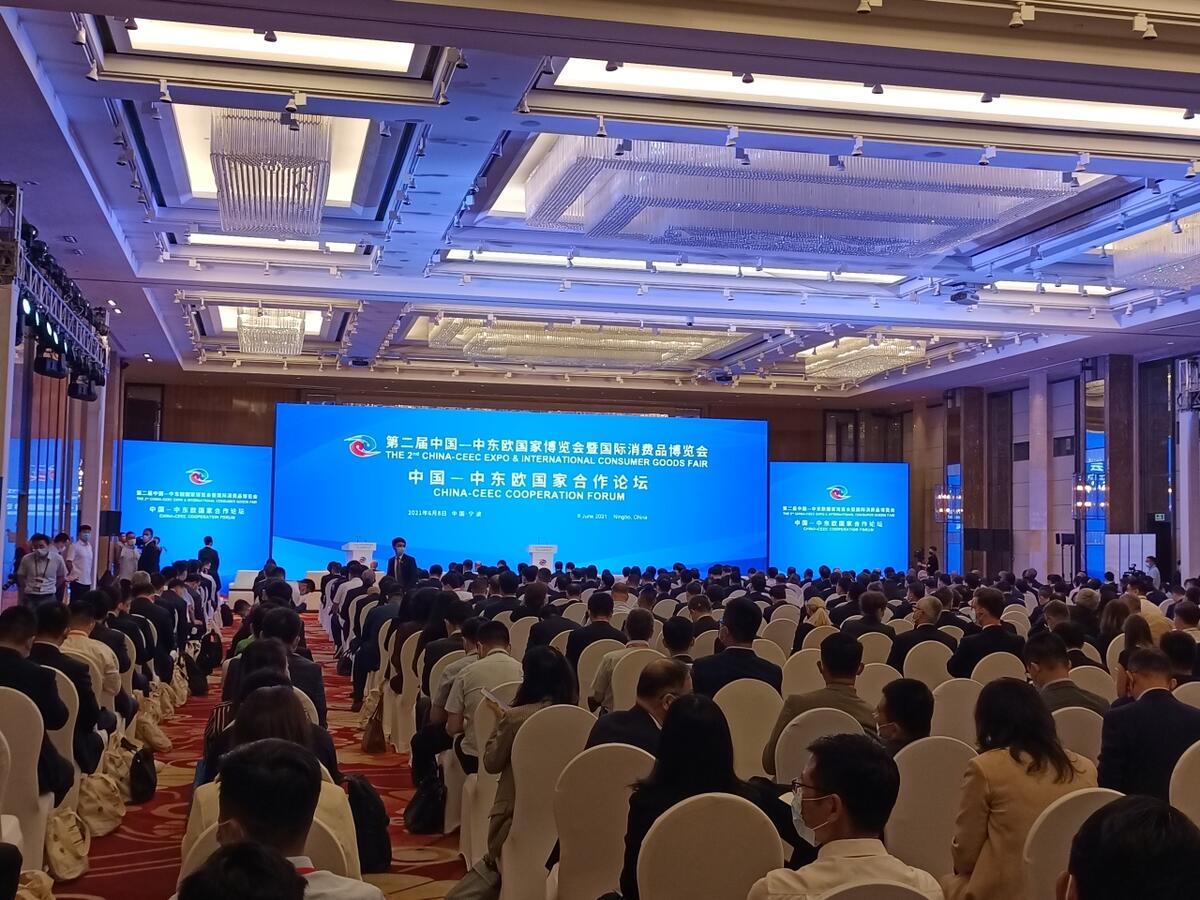 On June 8, the second China-Central & Eastern European Countries (CEEC) Expo and International Consumer Goods Fair kicked off in Ningbo, with widespread participation by heads of state and businesses from the region.

Themed "Fostering a New Development Paradigm, Sharing a Win-Win Opportunity", the expo aims to smooth the trade flows between China and Europe, CEE countries in specific, and to synergize all working mechanisms furthering the globalization in an all-round manner.

The event, jointly organized by the Ministry of Commerce and the Zhejiang provincial government, is committed to creating a cooperative and win-win cooperation, and to proposing a mutually-beneficial platform for enterprises and social entities to collaborate with each other.

The expo, which is scheduled to be closed on June 11, will include 20 events covering economy, trade, science and technology, and health.

The expo has three exhibition areas where will display commodities, including helicopters, light aircraft, and other exotic products from the region.

Luis Schmidt Montes, Chilean Ambassador to China told In Zhejiang that the products and high technologies on display are such a big surprise.

According the press release of the 2nd expo by Xinhua, in the first quarter of this year, the trade volume between China and CEE countries reached 30.13 billion U.S. dollars, a year-on-year increase of 50.2 percent.

As the host city of the expo, Ningbo is seeing closer ties with CEE countries in recent years. According to the public statistics released by Department of Commerce of Zhejiang Province, the trade volume between Ningbo and CEE countries totaled 8.85 billion yuan (1.36 billion US dollars) in the first quarter, representing a year-on-year growth of 57.7 percent.

According to an action plan unveiled by local authorities, Ningbo also aims to increase its trade volume with CEE countries to $10 billion by 2025, accounting for 6 percent of the nation's total. It is also planning to bring in 100 advanced projects in manufacturing and emerging industries from CEE countries, with a total investment of over 20 billion yuan, and recruit 10,000 skilled workers from the region by that time, according to a public report by China Daily.

Ningbo is preparing and has indeed become a demonstration zone for economic and trade collaborations between China and CEE countries.