This weekend saw the passing of one of China's greatest modern heroes, agronomist Yuan Longping, at the age of 91. Yuan was loved in China, and his scientific breakthroughs in rice hybridization increased yields to help China and the world largely eliminate severe starvation.

China has a storied history of five millennia and during that time, dynasties rose and fell in large measure on whether leaders could deliver sufficient agricultural output to feed a large, hungry population. That challenge continued even after the founding of the People's Republic of China in 1949, but now has largely been eliminated, thanks to this one man's efforts and the leadership of the Communist Party of China, as China has recently achieved its long-term goal of completely eliminating extreme poverty among its 1.4 billion people.

Growing up in Detroit, the world's automobile capital in the 1950s and 60s, our parents always told us to eat all our food and never to waste it, as people in China and other parts of the world were starving and going to bed hungry. We didn't know it then but it was true since at that exact time, there was a devastating famine in China in which many people starved to death. Some people had to eat dirt and leave to survive.

This Great Famine of China inspired Professor Yuan as a young agricultural specialist to do what at the time was considered impossible and that was to significantly increase the yield of rice, which has been the traditional staple food of China since time immemorial.

Professor Yuan and his colleagues have increased the rice yield almost four times by using hybridization pioneered in Austria by the 19th century father of genetics, Gregor Mendel. Yuan was nothing less than China's miracle worker who helped China feed nearly one-fifth of the world's population with less than 9 percent of usable land. And he never stopped working into the beginning of his 90s because he was driven by his passion to better feed China and the world. 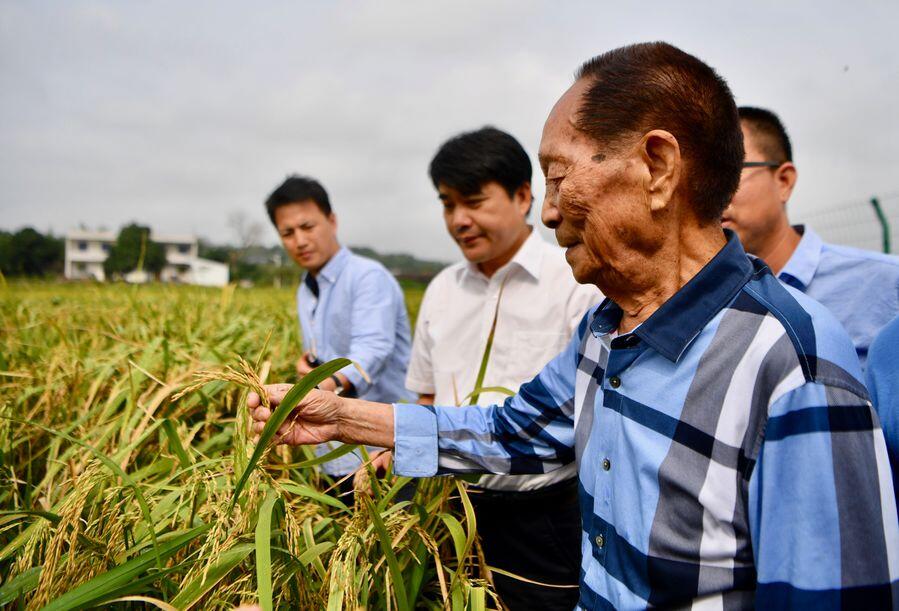 For example, he was the chief consultant to the United Nations Food and Agriculture Organization (FAO). In 1979, the same year the U.S. and China formalized bilateral relations, Professor Yuan's technique for growing hybrid rice was introduced into the U.S. itself, making it the very first case of intellectual property transfer in China's history.

Not only that but a famous economist claimed that professor Yuan's work represented nothing less than a victory over the threat of global famine and that he himself had helped create a world with ample food. Indeed, numerous countries around the globe have now adopted Yuan's hybrid rice and their well-being will be one of Yuan's lasting legacies.

I had the privilege to meet Professor Yuan in Changsha in Hunan Province a few years ago. On that day, the auditorium was full of important people including local and provincial government officials as well as ambassadors from diverse leading countries. Yuan's talk was inspiring.

Of all those important people there, none was more humble, accomplished or consequential than octogenarian Yuan Longping. Many Chinese people cried when they heard the news of Professor Yuan's passing as such was his impact on them, on China and on the world.

Professor Yuan has shown us that in our modern era, it's still the case that one person, even one with such a humble background as this farmer's son, can still make a difference. In a recent poll, many young people in China said that they wanted to be astronauts, but I hope that the attention paid to this great and humble man on his passing at age 91 will inspire young people in China and abroad to know that it's still possible for one dedicated person to change the world.

Four asteroids have been named after Yuan Longping, proving that his work is truly out of this world!