Ex-officials expect China and U.S. to cooperate in multiple areas 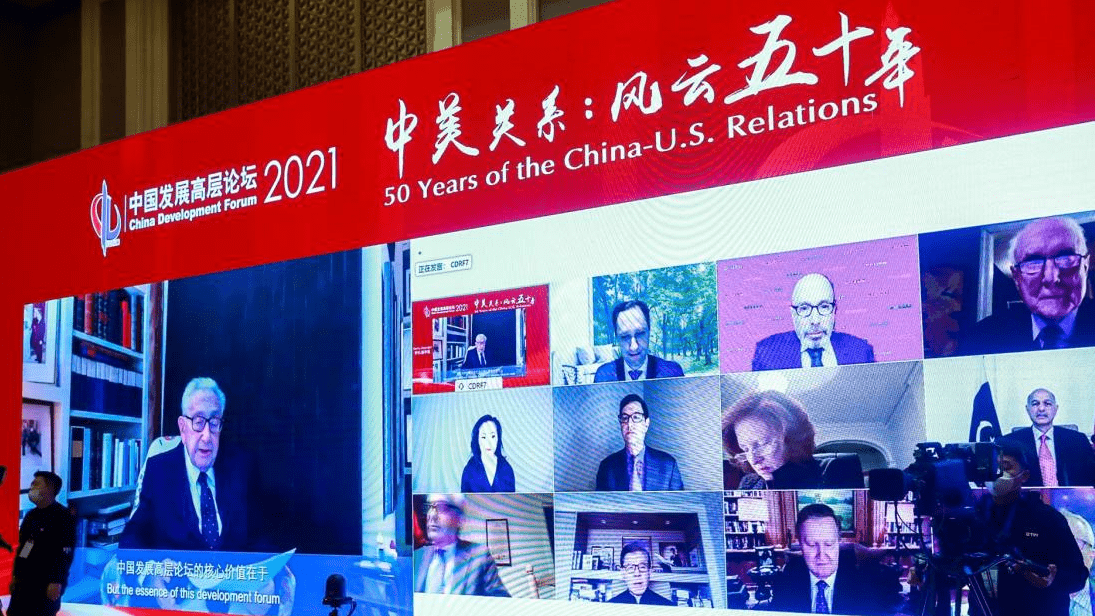 While China and the U.S. concluded the tough talk in Alaska, former officials from both sides outlined potential cooperation areas for the two countries, expecting them to lead and stabilize the world during and after the pandemic.

At this year's China Development Forum, an annual high-level event held by a research unit of the State Council, they all agreed that there are issues that need to be addressed and expressed concerns about the divide that was on display during a contentious start at the Alaska talk.

Sometimes China and the U.S. have different views but the two countries are required to make "more intensive efforts" to work together "because the peace and prosperity of the world" depend on the two sides' understanding, Henry Kissinger, former U.S. secretary of state, said in a video speech at the forum in Beijing on Saturday.

William Cohen, former U.S. Secretary of Defense and currently Chairman & CEO of The Cohen Group, believes that the China-U.S. relationship can be managed professionally and diplomatically.

But to achieve that, the two sides need mutual respect instead of blaming each other, he said via a video call.

As the two largest economies in the world, China and the U.S. should show the world their leadership, David M. Rubenstein, Co-Founder & Co-Executive Chairman of The Carlyle Group said, also in a video call.

Despite some difficulties in working together on military and economic issues, there are four fields that the two countries that could make joint efforts, namely vaccination, climate change, non-proliferation of nuclear weapons, and the fight against COVID-19, he said.

With the world in a slow recovery mode from the pandemic, China and the U.S. should closely work together on macro-economic policies to support the global economy, Zhu Min, former Deputy Managing Director of the International Monetary Fund and currently the chairman of the National Institution of Financial Research at Tsinghua University, said via video. She also listed five areas for cooperation: monetary policies, global trade, supply chain, support to low-income countries, and global governance for the digital economy.