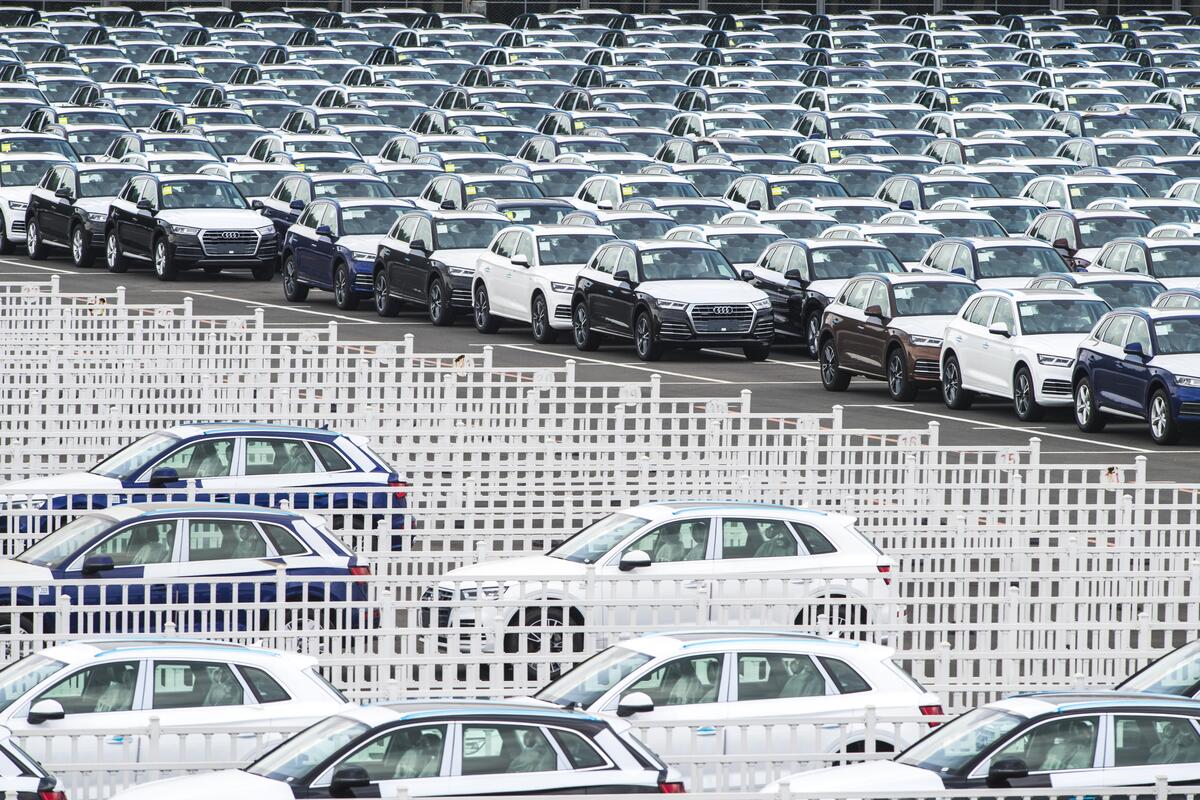 The Chinese market has continued to unleash the potential for European multinational firms gradually recovering from the early impact of the coronavirus pandemic, a reassuring factor amid uncertainties still surrounding the global economic outlook.

Over the past week, German automakers have been posting upbeat data for their Chinese market performances while growth in other major markets remained below prior-year levels.

Audi Group said on Friday that car deliveries in China rose by 4.4 percent year-on-year in the first three quarters, while all the other major markets saw a two-digit decline. Demand for the Audi models in China, in particular, rose significantly by 17.8 percent in the third quarter, the company said.

Volkswagen on Thursday also said its largest single market China was a "key driver" of the market recovery, as deliveries in China between July and September grew by 3 percent from a year ago. Overall, the company's business was heavily impacted by the pandemic in the first nine months, with worldwide vehicle deliveries down 18.7 percent.

China's economic recovery gathered pace in the third quarter from a slump in the first quarter and a modest rebound in the second. Its GDP grew 4.9 percent year-on-year in July-September, according to official data.

The International Monetary Fund (IMF) recently revised up the 2020 growth forecast for China to 1.9 percent. China's growth is having positive spillovers both for the Asian region and for commodity prices and for broadly participants in the global value chains that China is a big part of, said Jonathan Ostry, an IMF official.

Within the country, factories are humming and people's life is gradually returning to normal. In recent years China has been seeking to restructure its economy from an export-oriented one toward a consumption-driven economy, and its vast domestic market is unleashing its potential when the world most needed it.

Data from the Federation of the Swiss Watch Industry showed that Swiss watch exports to the Chinese mainland market climbed 10.6 percent in January-September to 1.53 billion Swiss francs (1.67 billion U.S. dollars), the highest in terms of total value and the only market that registered growth during the said period.

French consumer goods giants are also benefiting from strong demand in China. When publishing its half-year results report in August, L'Oreal said it has shown great resilience during the first half of 2020 amid the pandemic, and its performance in the Chinese mainland, with a 30-percent growth in the second quarter, was one of the decisive factors.

The third edition of the China International Import Expo (CIIE), the world's first import-themed national-level expo, is to take place on Nov. 5-10 in Shanghai.

"The holding of (the) CIIE as scheduled sends a clear signal to the whole world -- a signal that China has recovered from the COVID-19 epidemic," L'Oreal Group CEO Jean-Paul Agon told Xinhua.

For many European companies, the vitality of the Chinese market makes it a perfect place for pushing towards sustainable development and digitalization in alignment with their respective visions.

Jean-Francois Palus, managing director of global Luxury group Kering, told Xinhua that China is a crucial part of Kering's sustainable development strategy. For the third CIIE, Kering will present its vision on the evolution of the luxury sector, in particular the role and responsibility of luxury in contributing to a more sustainable future for the fashion and textile sectors as a whole, Palus said.

According to French industrial group Schneider Electric, another participant of this year's CIIE, the company's R&D investment in China continued to grow this year despite the uncertainty generated by the pandemic.

Holding the CIIE as planned in the context of the COVID-19 pandemic has special significance and will give new impetus to global economic development, said Yin Zheng, head of Schneider Electric China, who added that the company would focus on the simultaneous development of the digital economy and the green economy.