Zhejiang Up Close: Beautiful Zhejiang in the eye of an Argentinian girl 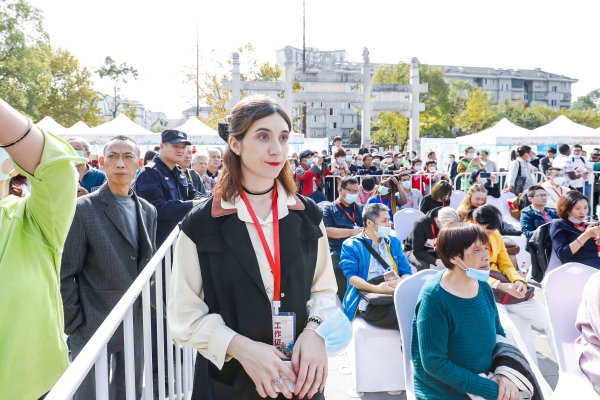 In a square at the Gongshu District of Hangzhou City, where the 7th China Grand Canal Temple Fair will be holding on until the beginning of November, the Argentinean girl named Camila Bianca Morelli was concentrating her attention on the very Chinese-styled artistic performances on the stage.

Camila is an international student who is pursuing her undergraduate degree majored in bilingual broadcasting at the Communication University of Zhejiang. It was her first time to attend the Chinese temple fair, as did other fellow international students from various Zhejiang universities.

Similar to anyone who studies abroad, she is finding her own way of settling down in an unfamiliar place where the culture and geography are quite different from hers. For her, vlogging and traveling are good approaches towards learning the local cultures. Currently, Camila has gained around 3,000 followers on her Instagram account, showing her Chinese life footprints in the language of Spanish. She says that she enjoys the process of seeing something interesting in China and makes a recording of them.

On October 30, a team of 20 foreign students who are expert vloggers and traveling lovers paid a visit to a few well-known places in Hangzhou, including the Grand Canal Zhejiang Section, where they enjoyed the 7th China Grand Canal Temple Fair; the China National Silk Museum, where is a national-level holy land of silk cultures; as well as the West Lake Scenic Area.

The first stop was the 7th China Grand Canal Temple Fair, which is also the 5th Hangzhou Vegetarian Cultural Festival. For Camila who is a vegetarian, "it was such a surprise!" she said after the trip, "because it's hard to find vegetarian restaurants. It is also promoting a healthy lifestyle. I think it's a good way to call on people to eat more vegetable and it could make people live longer." agreed Dennis, a meat-lover Liberian boy. 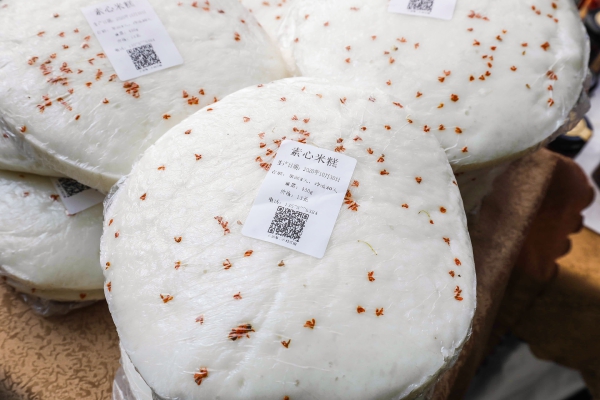 osmanthus rice cake (via In Zhejiang)

Camila bought an osmanthus rice cake at the Temple Fair, the Argentine girl has fallen in love with the snack since she came to Hangzhou in two years ago. "When I came to Hangzhou, I found that in the city every place has been full of the sweet-scented osmanthus smell in the air. I could smell it everywhere when I walked on the street. I like drinking osmanthus tea and eating osmanthus rice cakes." She said she would like to attend similar activities again, "there are so many delicious foods, like tofu, mushrooms, noodles and so on." 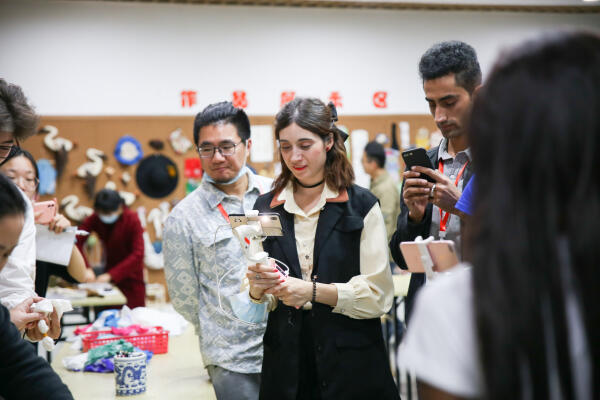 After lunch, the team visited the China National Silk Museum and experienced the traditional Chinese craft of "tie-dye" in the textile training centre. Camila showed great interest in the tie-dye process and filmed the whole process with her own equipment. During the interview, she said that she also likes wearing silk clothes and Hanfu. 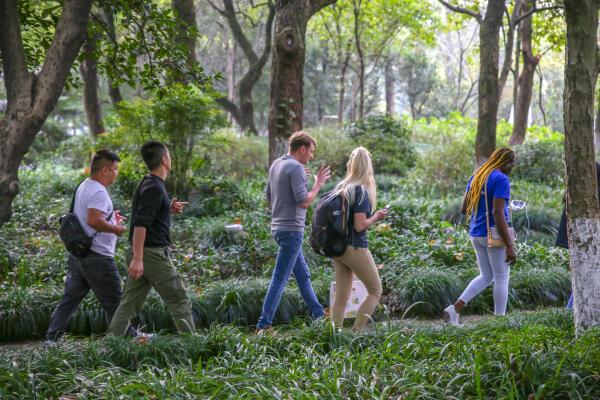 On the return trip, the students were walking along the West Lake to enjoy the late afternoon scenery. On the road, Camila told us that the West Lake will always be put on the wishlist when some of her friends come over to visit her in Hangzhou.

"There is a lot of fun today!" said Camila excitedly. Although she has been living in China for only two years, she can already communicate with others fluently in Chinese, and she has also given herself an elegant Chinese name called "莫涵熙".

A group of lovely vloggers, a lovely day with wonderful Chinese-styled performances and cultural things! That's probably the common feeling of the majority of the participants.

For every newcomer of a foreign culture, participant observations and in-depth participation within the local community are good ways towards mutual understanding and cultural communication.

(Edited by Ye Ke, Written by He Xi)