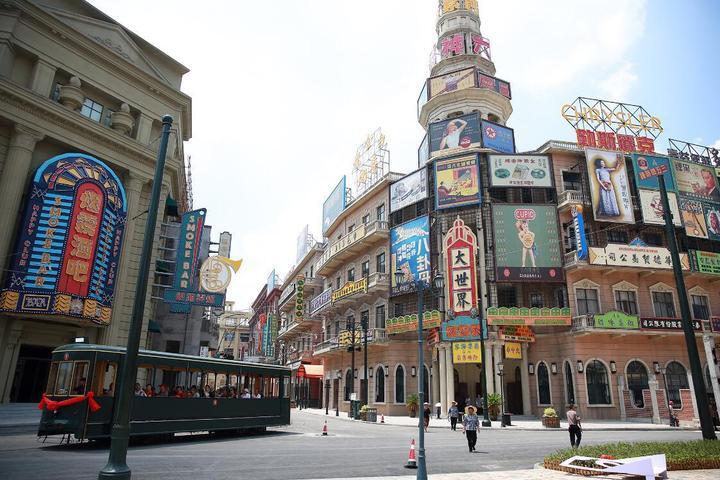 Xu Xiao's busy day started when all the 80-plus horses on his horse farm were booked out for movie and television shoots at Hengdian World Studios, known as the "Chinese Hollywood," in east China's Zhejiang Province.

"I have been engaged in the film industry for more than 30 years, and I have rarely been as busy as I am now," said Xu, manager of the horse farm at the studios, one of China's biggest film and TV program production centers and a barometer of the film industry.

This time last year, film crews needed a maximum of 30 horses each day.

Film shoots were suspended for several months in Hengdian due to the COVID-19 outbreak. With the epidemic waning, however, film and teleplay crews have been rushing back to resume production.

According to statistics from Hengdian World Studios, October saw 47 film and teleplay crews filming and 65 making preparations, a year-on-year increase of 67 percent, and 41 percent, respectively.

Due to a surge in film shoots, extras are also in high demand.

"There aren't enough extras," said Hu Qin, executive producer of "Bailingtan," an internet TV series that started shooting in August. "It's quite common for there to be more extras than jobs. However, film crews are competing for extras now."

Zhu Guoqiang, an official with the administration committee of Hengdian World Studios, said that there are currently about 6,000 extras registered with the actors' guild at the studios, an increase of 10 percent over previous years.

"Now, all of the 20 high-standard studios for modern TV series are booked out and the demand for the reservation of normal studios is also high," Zhao added.

Besides the boom in film and teleplay production, the recent strong performance of cinemas has also sent a positive signal to the reviving industry.

During the National Day holiday in early October, China's cinema box office recovered to more than 80 percent of its performance during the same period last year, with nearly 93 million moviegoers.

Industry insiders believe that the rapid recovery of the film and television industry can be attributed to the joint efforts of the whole industry chain.

"Investors, talents, and audiences are still here," said Rao Shuguang, president of China Film Critics Association, noting that the rapid recovery has shown great resilience and space for the development of China's film and television industry.