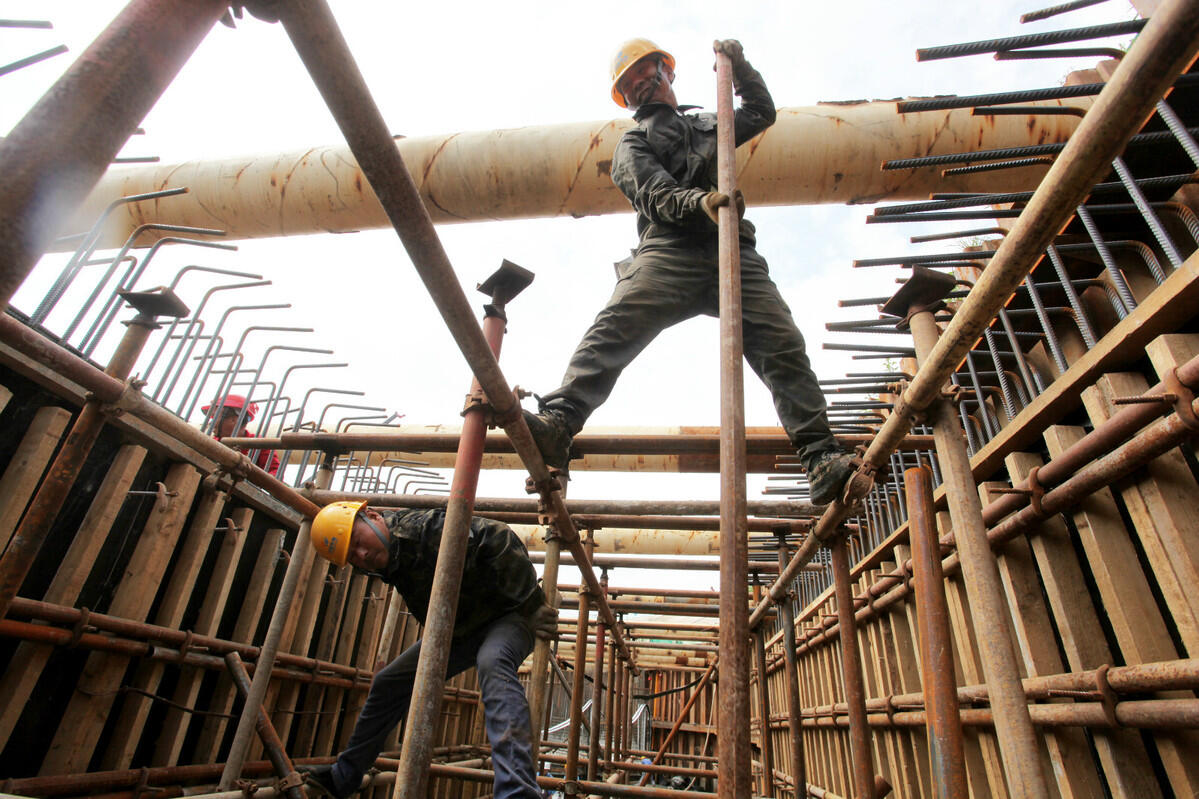 Flooding is one of the most serious water-related issues in Chinese cities due to rapid urbanization, land-use changes, and the disappearance of natural wetlands.

To cope with such problems, the nation turned five years ago to the concept of building "sponge cities" on an unprecedented global scale.

In 2015, the State Council, China's Cabinet, launched the Sponge City pilot project, in which 30 metropolises are taking part.

The aim of the project is that by 2030, some 80 percent of urban areas should absorb and reuse at least 70 percent of rainwater, according to guidelines issued by the State Council in October 2015.

Qu Jiuhui, an academician at the Chinese Academy of Engineering, said the concept of a sponge city is the Chinese version of low-impact development, which is common in North America.

"It refers to the management of rainwater runoff so that this water can be stored, used, and channeled like a sponge," Qu said.

"It can solve the problem of too much rainwater flowing into the drainage system, and through eco-engineering, plants can also absorb pollutants and purify the water, as in nature."

Eco-engineering refers to the application of ecological principles to shape and manage the environment, in tandem with the design and use of technology that minimizes damage to the environment, or which actively helps to protect or sustain it.

A multi-layered array of artificial holes and pores at the entrance to the Shanghai Lingang Sponge City Exhibition Center showcases the sponge city concept.

Sitting beside the Dishuihu, a 5.6-square-kilometer artificial lake, the center's role is to explain the complicated concept of eco-engineering and urban planning to deal with flooding in big cities.

Lingang New City, located on the coast in Shanghai and which covers about 100 sq km, was selected as a pilot sponge city by the central government in 2016. Among the 30 pilot cities nationwide, it is the largest.

The exhibition center, which was unveiled last year, has set out to demonstrate how the sponge city concept has been translated into tangible infrastructure in the new city.

In the past three years, grass ditches, water-absorbent sidewalks, garden rooftops, and artificial wetlands and water pools have been created to store rainwater.

Some 36 km of roads have been renovated and concrete sidewalks replaced with water-absorbent bricks to reduce water pooling during heavy rainfall. Instead of going directly to drainage, the bulk of the rainwater is absorbed by the soil in grass ditches alongside the roads.

The construction standards used were written into the regulations being applied to real estate development in the city's new neighborhoods.

Yu Xiang, director of the center, said local people had asked why holes had been dug in their neighborhoods and whether the sponge city was effective.

"Since the sponge city was constructed in Lingang, the flooding issue has been addressed significantly, the environment has been improved and these questions are no longer being asked," she said.

Parks and universities are also important parts of the pilot program.

Luchaogang Park, a sponge park, opened to the public in Lingang in September last year. The site's original ponds were retained, with rainwater channeled to them for storage.

The campuses at higher education institutions in Lingang, including Shanghai Ocean University and Shanghai Dianji University, have been renovated.

The aim is to ensure the district's roads are free from flooding－even in the event of rainfall on a scale seen only once every 100 years. Water quality in rivers will be improved and the urban heat-island effect reduced.

Duan Jin, an academician at the Chinese Academy of Sciences who took part in drawing up the master plan for the core area of the Yangtze River Delta demonstration zone, said the sponge city concept would be implemented in the zone.

Covering 2,300 sq km on the lower reaches of the Yangtze, the zone is a pilot green development and regional integration project for parts of Shanghai and neighboring Jiangsu and Zhejiang provinces.

"The area has a large and intricate network of waterways, so building sponge cities is a basic requirement to avoid urban flooding," Duan said.