Chinese director Lu Chuan, who is also a member of the Special Recommended Film Panel, said hosting "such an international film festival after the epidemic shows our attitude that we will keep an open state."

"Film is a language that knows no borders," Lu said.

Chinese actress Song Jia, who will host the Female Filmmakers Panel during the festival, said films could help comfort people in such a special year. 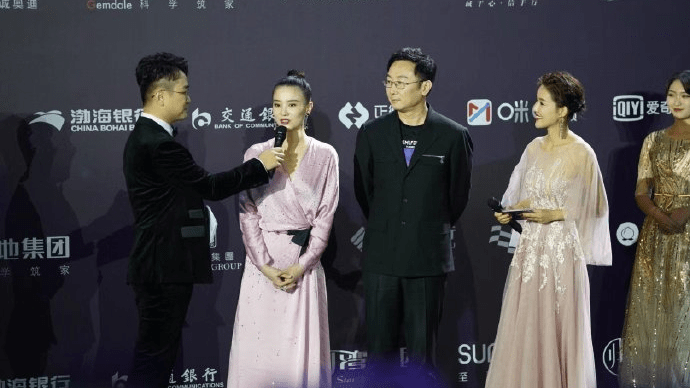 Meanwhile, Chinese actor Zhang Jiayi, a native of Xi'an and the image ambassador of this year's festival, said, "The festival will show the beauty of film and the charm of the Silk Road."

The cast and crew of this year's blockbuster "My People, My Homeland" also attended the ceremony. One of the anthology film's five stories was filmed in Shaanxi Province.

"My People, My Homeland" has raked in over 2.1 billion yuan ($314 million) so far after premiering on October 1. Talking about the film's success, actress Yan Ni said, "Everyone has a homeland. This film helps us to express our emotions toward our homeland with each other." The festival organizers also selected 17 films for special mention during the ceremony. The films were chosen from among the over 3,500 submissions received from 116 countries and regions.

The 11 feature films for special mention include Portugal film "The Metamorphosis of Birds," Colombian film "Litigante," and the Philippines' film "John Denver Trending."

When announcing the films, Chinese director He Ping said, "These films for special mention come from countries and regions along the Belt and Road. They use new narrative structures rather than traditional ones, so they are very interesting."

The Silk Road International Film Festival is held annually. Xi'an and Fuzhou in southeast China's Fujian Province rotate as host of the prominent event. The festival provides an international platform for film exchange and trade and promotes cultural exchange and cooperation between China and the countries and regions along the Belt and Road.

This year's festival will last until October 16.