Spring Festival, the most profitable season of the year for movies, was lost this year due to COVID-19. Now, the film industry is eagerly awaiting the 8-day holidays, including Mid-autumn Festival and the National Day holiday, to make up lost profits in the remaining quarter of 2020. During the holiday, three blockbusters intended for the previous Spring Festival will finally be released. 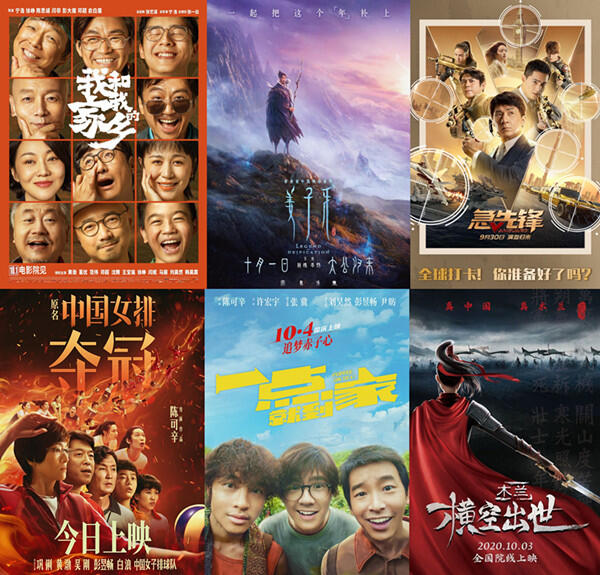 Despite the novel coronavirus crisis, thanks to China's effective control of the outbreak, theaters were able to reopen in late July. Over the holidays they will be allowed to raise their seating capacity to 75%, hopefully spurring further recovery of the film market and giving hope to cinemas and film industries all around the world.

This is a preview of the upcoming blockbusters and smaller films that look set to revive the market for the holidays.

"My People, My Homeland" A poster for the movie "My People, My Homeland." (Image courtesy of IMAX China)

The anthology comedy film "My People, My Homeland" is comprised of five stories and jointly made by nine big-name Chinese directors. The dream team includes one of the best-known Chinese filmmakers, Zhang Yimou, as the executive producer, and Ning Hao, one of the seven directors of "My People, My Country," as the general director. The other directors are Xu Zheng, Chen Sicheng, Yan Fei, Peng Damo, Deng Chao, and Yu Baimei. Director Zhang Yibai is the associate producer. The all-star cast includes famous Chinese comedians such as Ge You, Huang Bo, Fan Wei, Shen Teng, Deng Chao, Wang Baoqiang, Ma Li, and many more. All these star names have made it the most anticipated film of the holidays.

The film is set to repeat the success and formula of the 2019 patriotic blockbuster "My People, My Country" that also debuted around the National Day and eventually grossed 3.17 billion yuan. While last year's theme celebrated the 70th anniversary of the founding of the People's Republic of China, this year's "My People, My Homeland" will try to tell stories about China's poverty alleviation successes in a fresh and innovative way. A poster for the movie "Vanguard." (Image courtesy of MicroEnt)

"I felt disappointed when I heard 'Vanguard' would not be released during the Spring Festival season, but I was more concerned about the frontline fighters against the COVID-19 outbreak," Chan said. He highly praised China's successful battle against the epidemic, "Our country has done a very good job in the fight against COVID-19. That's why so many film projects and cinemas are now resuming."

The film is the ninth collaboration between Chan and Tong, a partnership that includes Chan's highest-grossing film in China — the 2017 hit movie "Kung Fu Yoga." The new adventure was shot in Dubai, London, and Africa, and features a new generation of actors, such as heartthrobs Yang Yang and Zhu Zhengting, as well as comedian-actor Ai Lun. The film will hit Chinese cinemas on Sept. 30, and will also release in more than 20 countries including Russia, Ukraine, the UAE, the Philippines, and Cambodia. 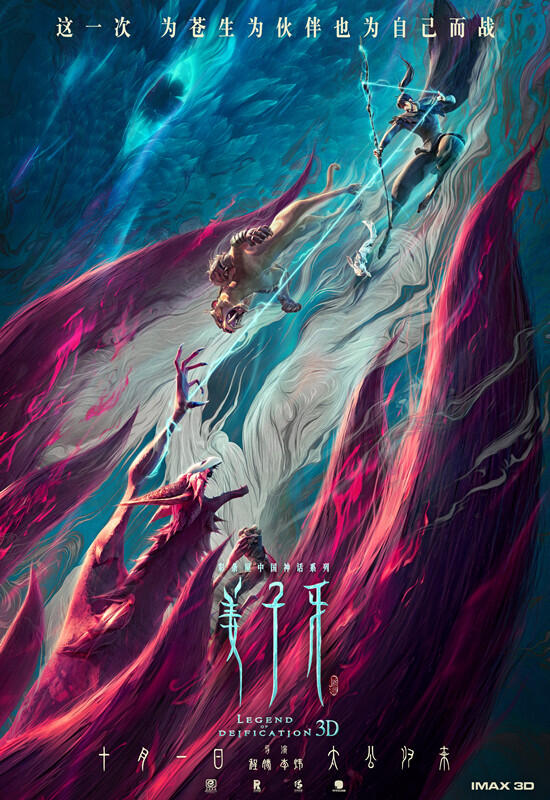 A poster for the movie "Legend of Deification." (Image courtesy of IMAX China)

The much-anticipated animated "Legend of Deification" was also lost from the Spring Festival. It is a follow-up to the phenomenally successful "Ne Zha". Up-and-coming directors Cheng Teng and Li Wei spent four years working on the movie, which has generated huge interest after the success of "Ne Zha."

The film centers around Jiang Ziya, a mythological figure from the same universe as Ne Zha. It deals with Jiang's emotional struggles as a regular human being. It is based on a story in "The Investiture of the Gods," the same novel that inspired "Ne Zha." The movie will finally hit Chinese theaters on Oct. 1. A poster for the movie "Leap." (Image courtesy of IMAX China)

Peter Chan's highly acclaimed sports film "Leap" depicts the struggles of several generations of the Chinese women's national volleyball team from 1981 to 2016. The team has been the pride of the nation since first claiming the World Cup in 1981, before going on to achieve 10 major world titles. Lang Ping — the most iconic Chinese volleyball player in history — is the central character of the film. The young version of her is played by her daughter, while legendary Chinese actress Gong Li portrays her during her later years.

"Leap" would evoke nostalgic memories for many Chinese people and looks set to become a breakthrough for the genre in China after its release on Sept. 25. A poster of the movie "Coffee or Tea?" (Image courtesy of Alibaba Pictures)

Just like "My People, My Homeland," the youth comedy "Coffee or Tea?" is a fresh production that attempts to tell the poverty alleviation story in a new way. The film is directed by Derek Hui.

The film tells the story of three young men who go back to a rural area of Yunnan province to start a new coffee business after they have bad experiences working in Beijing.

To avoid the big clash with the above-mentioned blockbusters, the film's distributors decide to release it on Oct. 4, while having limited advanced screenings from Oct. 1 - 3. It was also the opening film for the China Golden Rooster and Hundred Flowers Film Festival 2020. 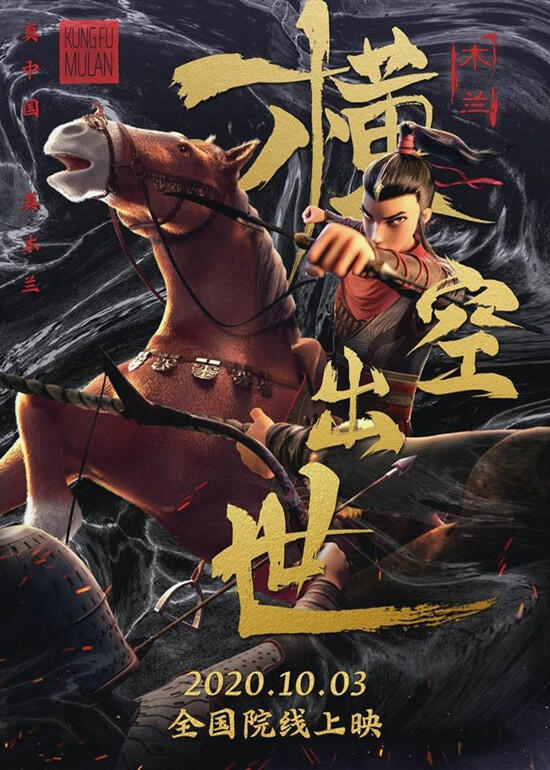 Mulan again? Wait, this is not the Disney version of Hua Mulan. Rather, it is a new Chinese CG animated feature, titled "Kung Fu Mulan," directed by Xi Chen and produced by Gold Valley Films for 5 years.

The story is still that of the daughter who, wanting to help her old father, disguises herself as a man to wage war against invaders. However, "Kung Fu Mulan" has been marketed with the tagline "Real China. Real Mulan.” The filmmakers have promised a story closer to the traditional legend of the Chinese female warrior after other film and TV adaptations suffered backlashes. How the new CG animation will play out remains to be seen.

The film will hit Chinese theaters on Oct. 3. The youthful film "Let Life Be Beautiful" directed by Lin Ziping and starring a slew of lesser known actors recently announced it would join the National Day holiday race.

The story is reportedly about a teenager whose fate is changed by leukemia but he still manages to be strong and optimistic and try very hard to achieve his musical dream. It's pretty vague and tragic. Not much is known about the film but big video streaming site backer, iQiyi, is its producer.

The film will hit Chinese theaters on Oct. 5 and has advanced limited screenings from Oct. 1 - 4. A documentary film to showcase the grand parade on Tian'anmen Square last year to celebrate the 70th anniversary of the founding of the People's Republic of China will hit Chinese theaters on Oct. 1.

The theatrical release of the film will be "serving the public interest" which means the producers will give up the split of revenue for their side, and also means the ticket price will be very cheap. By doing so, the producers hope to attract more audiences to theaters to relive the grandiose event of the 2019 military parade and feel proud for the country once again on the National Day.