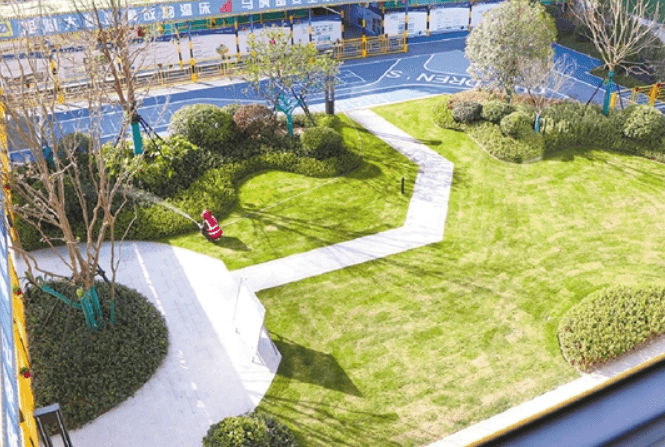 Hangzhou is one of the most livable and competitive cities in China as demonstrated by various rankings and reports. In recent years, its 449 sponge city projects are an example of the successful sponge city application in China.

The term "sponge city", according to the World Future Council, is on the growing list next to "regenerative, sustainable, green, eco, resilient, low-impact, future-proofing, zero-carbon, and so on". As a subject of global interest, the sponge cities are believed to solve issues such as "less water available in urban and peri-urban areas", "polluted water discharged into rivers or the sea", "degradation of urban ecosystems and green areas due to sprawling" and "increase in the intensity and frequency of urban flooding", etc.

In Hangzhou, if you hang out with your peers, you will come across the beautiful sceneries and green achievements of the sponge city campaign in Hangzhou.

Walking into the Xiaoshan District, you will be surrounded by beautiful parks, green land, and tranquil lanes. The Asian Games Village is such an example that it has successfully adopted the "sponge city" paradigm.

The Village builds up its "sponge dimensions" by introducing the color permeable pavement, concave greenbelt, green roof, and rainwater tanks to set up a benign cycle of an ecological rainwater system.

In addition to the Asian Games Village project, Xiaoshan District has also incorporated the concept of "sponge city" into the park square and river system. The residential district is encouraged to adopt low-impact development forms as pebble ditch, rainwater regulation and storage, and low-potential green space based upon the local conditions.

Turning to the Yuhang District, in recent years, as the important supporting leisure facilities in the urban core area, parks and greenways have been improved in response to the "sponge city" philosophy.

The Harvest Lake Park, which opened on July 9, is one of the key projects in Yuhang District. The shimmering water and abundant wood not only create a good place for the surrounding people to exercise but also become the "green lung" of the local ecosystem, further improving the urban flood control and drainage capacity of the Yuhang Jiuqiao area and enhancing the quality of the landscape. 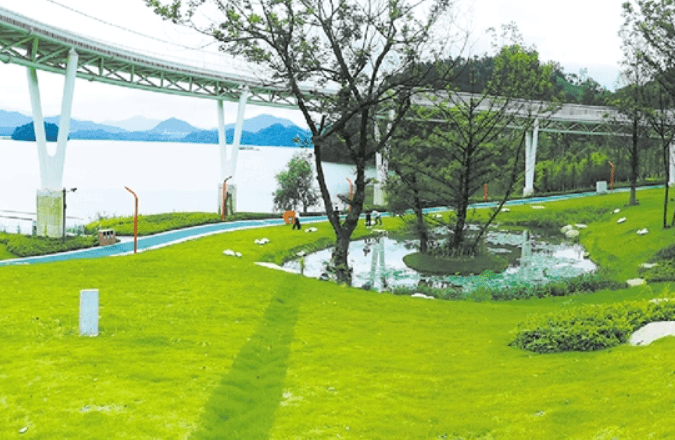 Lin'an, which shares the same name of the ancient Hangzhou during the Southern Song Dynasty, has particularly focused on the development of "sponge city" since 2016. Lin'an has mapped out the idea of a "sponge city" plan and integrated it into its city management.

When mentioning the Qiantang New Area, in order to comprehensively improve the quality of urban construction, Qiantang New Are has invited third parties such as consulting firms, research institutes, and so on to strengthen multi-disciplinary cooperation and to promote the overall level of the construction of the sponge city.