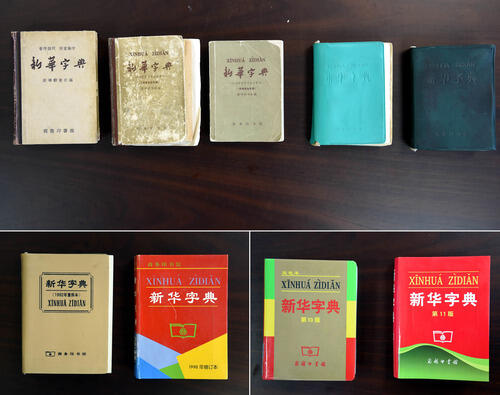 Different editions of Xinhua Dictionary are seen in the collage photo. (Xinhua)

A symposium was held in Beijing on Tuesday to mark the publication of the 12th edition of the Xinhua Dictionary, the most authoritative Chinese language dictionary.

The new edition reflects great achievements made while fully building a modern socialist country. Initially compiled in 1950, more than 600 million copies of the dictionary have been sold.