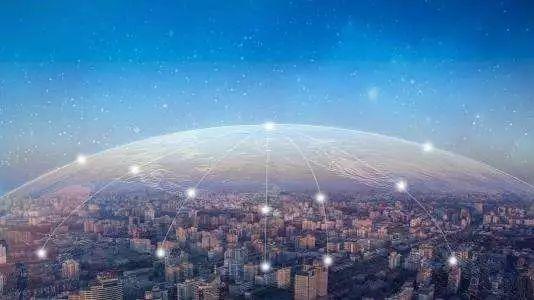 The report reflects the openness of government and to which degree can the public obtain all kinds of government information through the Internet, contact, and interchange with the administration. "In short, the public is able to get information through the Internet about what the government is doing, what it wants to do, why the officers do in that way, and how it is doing," Professor Fu Rong from Public Management School of Zhejiang University said.

According to the report, Beijing, Jiangsu, Guizhou, Hainan, and Zhejiang rank in the top five among 31 provinces on the mainland.

Compared with 2019, Hainan (+14) and Fujian (+11) have the fastest progress in 2020, ranking among the top six. Xinjiang (+6) also shows great potential. Beijing (+5) has made great progress, jumping to the top of the list from sixth place last year.

In the big picture, the disclosure of credit information, government procurement, administrative examination and approval and punishment information, financial budget, and other information was generally well done, with a scoring rate of 90% or more. However, the performance of the government data openness was the worst, with the scoring rate of 53.55%, which was hardly improved compared with that in 2019.

According to the report, Hangzhou, Shenzhen, Qingdao, Ningbo, and Guangzhou rank in the top five of the transparency of the government network of the mainland's provincial capitals (including sub-provinces) and cities separately listed in the plan. Shijiazhuang, Urumqi, Lanzhou, Xining, and Lhasa are ranked in the bottom five.

From the score data, administrative approval and punishment information, government procurement, and environmental protection information reached 90% or more, while the performance of government data opening quantity, supervision and relief information was the worst, with the scoring rate of only 53.13%. Hangzhou and Ningbo in the forefront in Zhejiang

Among the 11 cities in Zhejiang Province, Hangzhou ranked the highest while Zhoushan ranked the lowest, with an average score of 73.41.

Compared with that in 2019, Hangzhou and Ningbo remained in the top two places for many years in a row. Quzhou, Jinhua, and Zhoushan were in the last three positions.

In terms of score, the average network transparency index of municipal government in Zhejiang Province (73.41) is higher than that of the average provincial government (70.87). This shows that Zhejiang ranks in the forefront of the country.

The highest average score rate is in the information disclosure index (89.5%), followed by the public participation index (72.12%), and the lowest is the network response index, with the scoring rate of only 54.14%.

Among them, 11 municipal government portals have done a good job in the aspects of administrative approval and punishment, affordable housing allocation, employment, etc., with a scoring rate of 100%. On the other hand, the number of government data opened, local government debt and poverty alleviation, and tax and fee reduction are relatively not very good, with the scoring rate of 50%.

However, in terms of network, the score varies in different aspects: government micro-blog is 65.91%, government's WeChat official account is 86.36%, and micro blog's index of the main leaders in the lowest, 0 points. This shows that there is room for the government to improve their service in communicating with the public through a microblog, which compared with the previous years when the main leaders at provincial and municipal levels in Zhejiang Province actively opened microblog online to interact with the people, regresses greatly.