1. European citizens with valid identity will be allowed to travel to China

The Chinese Embassy in Denmark announced on the August 11 that it would allow European citizens with valid residence permits from 36 countries to visit China, the Catalonia Morning Post reported.

According to a statement on the website of the Chinese Embassy in Denmark, citizens of other countries with valid residence documents, including work permits, family reunion or personal affairs permits, can apply for a free visa at any embassy or consulate.

The 36 countries include 27 members of the European Union, as well as Albania, northern Macedonia, Iceland, Bosnia, Montenegro, Norway, Switzerland, Serbia and the United Kingdom.

2. There will be a wave of personal bankruptcy applications in Europe in autumn

Frankfurter Allgemeine Zeitung: in recent months, the business volume of various financial consulting companies in Europe has increased significantly, among which a large number of financial consulting companies come from desperate individual clients on the verge of bankruptcy. According to representatives of financial advisers from various countries, since the spring of this year, more and more individual customers have sought help from financial experts. Roman Schlag, spokesman for the AG SBV, said, "The demand for financial advice has increased significantly since the outbreak of the epidemic."

Maria Kemmetmüllel, from the Austrian Financial Advisory Association, believes that the number of advisory services will increase by 40% by the fall of this year. According to statistics, about 10% of European families are facing financial difficulties. Costa skliris, a financial expert, thinks the proportion should be at least 20%. The Covid-19 crisis has led to a sharp decline in the income of the middle class. Many families have been unable to make ends meet in the face of high car loans and housing loans. Experts predict that there will be a wave of personal bankruptcy applications this autumn.

3. The Minister of Health said frankly: the Russian vaccine is not suitable for Austria

Die Press: Austrian health minister Rudolf Ansuber refused to use the world's first approved Covid-19 vaccine proposed by Russian President Vladimir Putin earlier this week. "For the European Union, for Austria and for vaccines, it is impossible to use the vaccines that have not been fully tested," the minister said in a radio broadcast on the 12th. "Quality and safety" finally ranked first. According to the Ministry of health, the Covid-19 vaccine must be 100% compliant with the relevant regulations. Although approval applications can be processed more quickly in the European Drug Administration (EMA), this does not mean that less data on the safety and effectiveness of vaccines must be submitted.

4. The average age of Convid-19 patients diagnosed in Germany was set at a record low

Der Spiegel: in recent days, the single day confirmed cases of Covid-19 in Germany have increased again, reaching the highest value since May. German health minister Jens Spang expressed concern about this trend in an interview on the 13th. He also pointed out that "the average age of newly diagnosed Covid-19 cases last week was 34 years old, which is the lowest since the beginning of the epidemic."People generally believe that it is not a very serious thing for young people to diagnose Covid-19. After all, middle-aged and elderly people are high-risk groups. But Spang called on people not to relax their vigilance because "severe symptoms can occur in people of any age". "In the next few months or at the latest next year, we will have available vaccines," he said.

5. The pandemic hit the British economy, causing its GDP plummeted by 20%

Frankfurter Allgemeine Zeitung: under the influence of the Covid-19, Britain's GDP is shrinking at a record speed. The UK's GDP fell more than 20% from the previous quarter between April and June, according to a report released today by the ONS. In contrast, Germany's GDP fell by only 10% over the same period. The UK Central Bank predicts that GDP will shrink by 9.5% in 2020, and the UK economy faces significant downside risks. This is also the first time in nearly 100 years that the British economy has experienced great changes. Economists predict that British GDP will grow by 9% next year. ONS's latest domestic figures for March showed that the number of employees in the UK fell by 730,000 in March. At present, more than 7 million employees are unemployed, most of whom are on leave. "From these data, we can clearly see that the Covid-19 crisis has had a devastating impact on the UK labour market," said Matthew Percival of the Federation of British industries.

6. Austria is to apply the electronic vaccine certificate in autumn

Die Presse：In Vienna, Lower Austria and Styria, the trial application of electronic vaccine certificate will begin in autumn. Because of the pandemic in COVID-19, the nationwide popularization should be carried out more quickly. The previous paper vaccine pass will be replaced by electronic vaccine pass. Supporters believe that the paper pass is incomplete. This also aims to create a database to find the vaccination gap in the population more easily and improve the vaccination coverage rate. The trail phase will last for one year, and then the pass will eventually be introduced throughout Austria.

Today: Despite the COVID-19, Italy recently announced the resumption of cruise operations, which means that the fleets of Aida Cruises and Costa Crociere, two Italian transport companies, can start again. MSC Grandiosa will sail again on Sunday to take guests to the western Mediterranean, and MSC Grandiosa will sail to the western Mediterranean on August 29. Aida will sail for the first time from Kiel on September 6, and the first round of sail of AIDAperla will start from Hamburg on September 12, 19 and 26 respectively, heading for Fjord Norway. Passengers must be tested for COVID-19 before boarding the cruise ship, and the staff will be tested regularly.

The EU and Schengen borders are open to the following countries: Australia, Canada, Georgia, Japan, Montenegro, Morocco, New Zealand, Rwanda, Serbia, South Korea, Thailand, Tunisia and Uruguay. The list of open countries includes China, but only if China also opens its borders to the EU. According to the data released on that day, Germany’s export volume was 96.1 billion euros and import volume was 80.5 billion euros in June, up 14.9% and 7% respectively from the previous month. Compared with February 2020 before Germany began to implement the "city closure" due to the COVID-19 epidemic, Germany's exports and imports decreased by 16% and 12.5% respectively in June this year.

After experiencing the historical trough in April this year, Germany's foreign trade is gradually emerging from the impact of the epidemic. German media pointed out that German exporters have felt the trend of economic recovery in many countries around the world. According to a survey conducted by the Ifo Institute for Economic Research in Munich in July this year, the German export industry is cautiously optimistic about the future

10.Affected by the epidemic, British Airways began to lay off employees

British Airways, the oldest airline in the UK, announced a layoff plan on August 7, cutting a total of about 10,700 employees.

A British Airways spokesman said, "The semi-annual report released last week clearly shows that the COVID-19 has caused great financial difficulties for our company. We must take all possible actions immediately and make the hard decision to protect as many remaining jobs as possible. "

The layoff plan will mainly affect the aircrew, engineers and airport staff. Last month, airlines reached a "basic outline agreement" with pilots' unions, and 85% of pilots agreed to reduce their salary and to ensure that the number of layoffs for pilots is minimized.

The spokesman said that the COVID-19 outbreak was an "absolute disaster" for the global aviation industry. British Airways' main revenue comes from business trips and long-distance flights to destinations such as the United States, Australia and India, most of which have been grounded. In the past five months when the ban of "epidemic blockade" was implemented in Britain, the actual flight business carried out by British Airways was less than 20% of the original plan before the epidemic. Like many competitors and major airlines, British Airways had to stop more than 30,000 employees’work, and borrowed 300 million pounds from Bank of England.

According to statistics, since the outbreak of COVID-19, major British companies have announced the reduction of more than 100,000 jobs.

11.Below normal but slowly rising, the French economy rebounded modestly

French economic activity was 7 percent below normal in July, but showed a slight improvement  compared with June, Reuters reported On Aug. 10.

The improvement of economic activity in July was due to a return to levels befeore the outbreak in construction and an improvement in industrial capacity utilisation, which was 9% below normal in June, according to analysis by The Bank of France. "The rebound continued at a moderate pace in July, in line with expectations from last month."

In addition, forecasts from the Bank of France showed that manufacturing and services will be stable in August. At present, European countries are actively adopting policies to deal with the rebound of the epidemic and avoid large-scale anti-epidemic measures that will cause total damage to the economy. 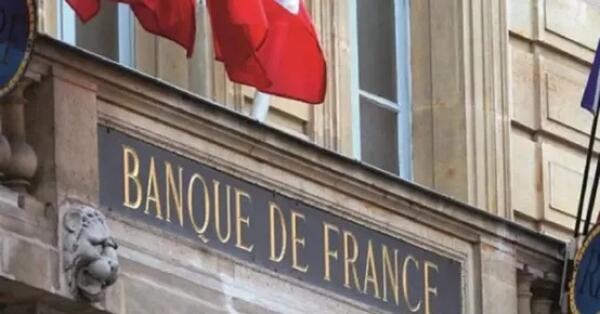 12.A German study said an inhibitor could fight against the novel coronavirus in two ways

According to a statement released by the Max Planck Institute for Biophysical Chemistry  in Germany, researchers of the institute and their international counterparts have discovered an inhibitor that can prevent the replication of the novel coronavirus and enhance the immune response of the human body against such virus. This research will contribute to the development of the novel coronavirus therapy.

The researchers said the new findings suggested that inhibiting PLpro is a promising strategy to build on,and hoped that developing new therapies that can be used in clinical trials.

13.The Palace of Versailles has fallen into recession because of the epidemic

According to French media on August 12, the Palace of Versailles, a popular tourist attraction in France, has lost 45 million euros since it was put under quarantine. thus, the number of visitor has plummeted.

Catherine Pegard, the director of Versailles, said: "We have around 10,000 visitors a day, more on weekends and less on weekdays. Our tourists are mostly French , but we see foreigners coming in little by little - Germans, Dutch, some Italians."

According to Catherine Pegard, Versailles receives 30, 000 visitors a day at this time of year, 80% of them foreign. But today's economic situation is different from the past. Catherine Pegard notes that Versailles has only been closed during the war of World War II.

14.Germany's Health Minister is optimistic about the appearance of coVID-19 vaccines in the coming months

German Health Minister Jens Spahn said that covid-19 vaccines will be developed in the next few months or next year.

Jens Spahn, while expressing optimism about a future vaccine, declined to give a specific timetable.He said it was unclear how many times people would need to be vaccinated or how long immunity would last, but stressed that "thanks to the collaboration of researchers, scientists and the public, we may be able to get a vaccine more quickly than ever before in human history."

The comments were made in connection with a report released on August 12 by the Robert Koch Institute in Germany, which predicted that vaccines would be available this fall. But the institute later said the report was not new and had been wrongly published. 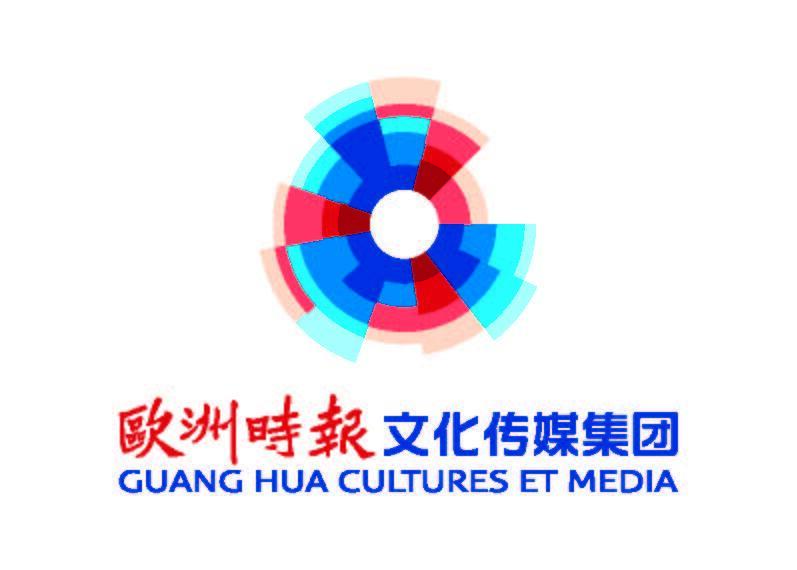