Featured | One chief designer of Beidou comes from Dongyang

Dr. Jiang Hu, a scientist from a small village in Dongyang, Zhejiang province, is one of the chief designers of the Beidou satellite System (Beidou-3) at the Innovation Academy for Microsatellites of CAS. He participated in the satellite design of the IGSO for the Beidou-3 test satellite, as well as four research projects on key technologies of the GLOBAL Navigation Satellite System (GNSS), laying a solid technical foundation for the construction of the Beidou-3.

Jiang Hu, a tall, thin man with a crew cut and a pair of glasses, sat shyly in the conference room of his alma mater, Dongyang Nanma Senior High School. However, when it comes to satellites, Jiang Hu immediately became voluble.

"I, the third child in a family of four, grew up in the countryside. My first dream was just to get out of the mountain village and get out of the misery of life." Jiang said his father always urged him to study hard to get a good job in the future.

In 1988, Jiang Hu was admitted to the Physics Department of Zhejiang Normal University. In college, he almost gave up all his spare time to concentrate on his studies. Everything comes to him who waits. In 1992, he became the only graduate in his class to successfully take the postgraduate entrance exam and scored 95 out of 100 in physics, which caused quite a stir on campus at that time.

Talking about the way to study, Jiang Hu is very emotional. He said he was fortunate throughout his education. "From middle school through high school through college, I had mentors. And of course, the most important mentor was my father. He was the accountant in the village. Before I went to school, he trained me to use the abacus to add and subtract, which provided the first enlightenment for my agile thinking on the road of aerospace scientific research.

In Jiang u's bag, two things are standard: a laptop and a data backup tool. Wherever he goes, they are inseparable.

"Overtime is the norm. Work comes first and life comes second." Jiang said that the most important quality of aerospace researchers is not talent, but dedication. The successful launch of the satellite only indicates that the launch mission of the carrier rocket has been successfully completed. As a satellite developer, it is necessary to test the function and performance index of the satellite. Such in-orbit tests typically take nearly a month or more. "Before a satellite leaves the factory, it sometimes goes through one or two months of continuous engineering testing and verification without weekends," Jiang said. The greater challenge is that a small mistake may leave to terminating an experimental process that has been going on for seven or eight days. And then the experiment will be restarted after the error is corrected. Moreover, this repeated process may last for one or two months until all experimental objectives are completed. It's a test of perseverance." 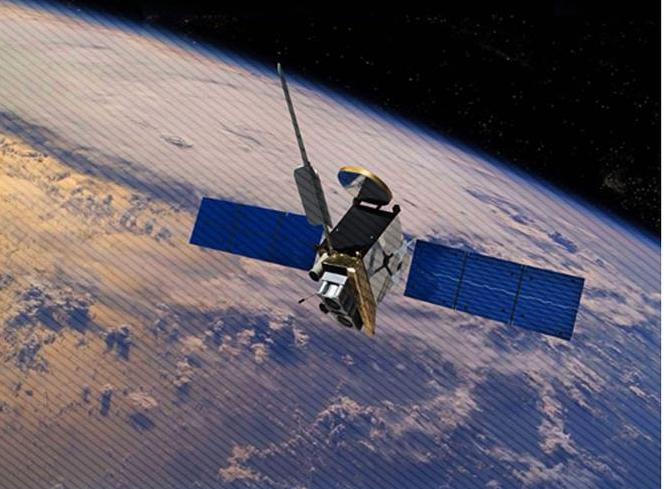 The tests were conducted not only in the lab but also on a satellite base. And they were managed in a closed way for months. The testing process is dangerous, such as radiation of radioactive elements, fuel leakage, and other unsafe factors. The test procedure is directly related to the life safety of the tester. Therefore, the test procedure must be careful.

Jiang said the aerospace researchers would be on standby 24 hours a day to carry out business trips as needed. The longest time was a business trip for two months in northwest China. His wife is also an aerospace researcher, and they met in graduate school. The couple can't look after their son very often. Sometimes they work the night shift. And when they come home the next day, their son is already at school. "My son is mostly left to my parents to take care of. Fortunately, he is very studious. Now he is a junior majoring in intelligent science and technology, which is one of the development directions of space technology in the future." Jiang said with a smile.

"The successful completion of the Beidou-3 is one of the milestones in the history of China's space science and technology. 98% of the devices in the Beidou-3 are made in China, and the key devices are also 'made in China'." Jiang told reporters that Beidou-3, as the fourth global network of the satellite navigation system, compared with GPS, Glonass and Galileo, the function and performance index reached the world's advanced level. "The Beidou-3 has gone through Beidou-1, Beidou-2 and now Beidou-3. Beidou researchers have made steady progress step by step."

Four years ago, the Long March 2 launched the Quantum Experiments at Space Scale（QUESS） into space. Now, the scientific research team of QUESS has made brilliant scientific achievements that have attracted worldwide attention. The reporter learned that Jiang Hu also participated in the whole process of the QUESS project, and also participated in satellite launch, in-orbit test, in-orbit experiment, long-term management and other work.

In the four years since the launch of QUESS, Jiang Hu has applied for eight national patents related to QUESS technology, among which five patents have been authorized by the national invention patent. In the first half of this year, Jiang's personal research work also achieved a bumper harvest, with two patents authorized and many scientific and technological papers published at home and abroad. "Although the scientific research level of a quantum satellite is leading in the world, there is still a gap between China and the international level in many space fields, and Chinese scientists still have a long way to go," Jiang said.

In addition to the quantum satellite and Beidou satellite projects, Jiang has also participated in a number of scientific research tasks.

"Predecessors like Qian Xuesen are my idols. Their generation has inspired the following generations of researchers to work hard and strive for self-improvement. Science knows no borders, but scientists have the homeland." Jiang said he was very pleased to think that after decades of hard work, he can finally make a small contribution to the motherland.