"Slash youth" refers to the young people who are not satisfied with single professional lifestyle yet work on multiple occupations. The term "slash" is first appeared in the book One Person/multiple careers: A New Model for Work Life Success written by New York Times columnist Marci Alboher.

Well in tune with youth culture in China, the concept of "slash" quickly went viral and became a life attitude of young groups. Previous surveys have shown that the number of the slash youth in China has exceeded 80 million, which mainly consists of the "post-80s" and the "pre-95s" groups, with highly educated people being the mainstream.

"Slash youth" became a hit in China during this year's pandemic. The living conditions of workers have changed a lot affected by the COVID-19. Thus, more and more young people intend to be part of the "slash youth", which not only increases their own income, but also injects new vitality into urban development.

One for livelihood, the other for dreams Chen Jian, having been an "Eleme Blue Knight" for more than one year and having delivered more than 20,000 orders of food, humorously calls himself "the king of delivery men" in the West Lake District.

Few customers know that this tanned young man has another identity: designer.

"That's right. I'm Chen Jian, the post-90s designer who gave up 40, 000 monthly salary for delivery." Chen Jian has an account “The Blue Knight - Jian” on Douyin, Chinese version of TikTok. One of his most famous short videos entitled "how much courage and determination it takes to change your job" tells his story of "slash". Chen has enjoyed printing since he was a little boy, so he majors in Visual Communication Design in university. After graduation, Chen worked for Changchun Film Studio. "Film art design is very exhausting. It's common to go on business trips to shoot on location and work all night long." Looking back, Chen sighed, "It was so tiresome that I overworked and gained weight for nearly 10 kilograms. I don't have any time to do what I like."

To make a change, two years ago, Chen came back to his hometown and tried to deliver takeout at the suggestion of his friends. Unexpectedly, this part-time job gradually became his main business. But Chen didn't give up his hobby. Whenever he was free, he would join the film crew. His body gradually recovered as stress relieved.

"To develop a sideline work based on one’s own interests and hobbies which having a main business is one category of "slash youth", and Chen Jian is a typical one." Person in charge of the United Front Work Department of the Communist Youth League and provincial Party committee believes that there are two categories of "slash youth". The other is those who try various fields of work with their own interests or abilities, such as freelancers.

Dance teacher / company partner / youth anchor are all embodied in Wang Qi, a Hangzhou girl born in 1995. She is a "slash youth" who has developed various professions with her own interests and skills. After the class, Wang Qi put on a white shirt, black A-line skirt and high-heeled shoes, turning into a mature intellectual urban white-collar. "I'm a shareholder in a company, and I'm now going to chair a meeting and to have a discussion with my colleagues." Additionally, Wang also serves as a part-time "youth anchor" of Yinzhou Youth League District Committee. With live cameras, she explores the local streets and lanes to help others learn about history, food and culture in Yinzhou District. 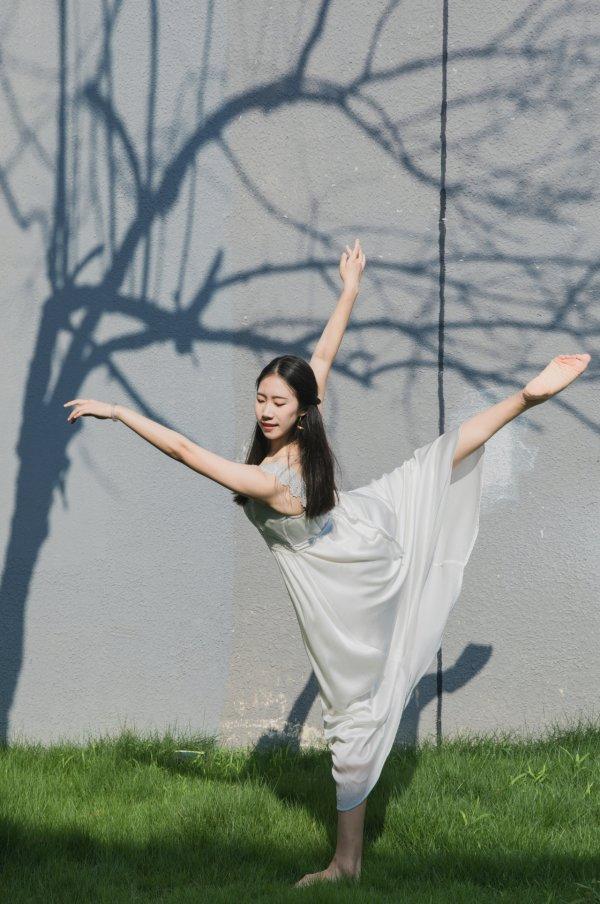 It's not easy to have multiple jobs

Affected by the epidemic, major cinemas in Hangzhou closed for nearly half a year. Chen Yanan, 27, is one of many film practitioners who have turned to “slash” life. But this road is more difficult than she thought.

After the closure of Xinyuan International cinema, Chen was responsible for the maintenance of online fan groups. Compared with the former job, the workload and salary at home were greatly reduced, so she had to try some sideline work to increase her income.

Chen contemplated a lot and finally decided that she should apply her ability in designing posters. So, she accepted some assignment in a photo design website. After earning 50 yuan, however, Chen determined to quit. "It's not worth it. You can only get two yuan for your one-hour effort on the computer."

Failed on her first "slash" try, Chen pondered over what else to do. "I thought that there was a lot of clothing market in Hangzhou, so I tried to send a message on WeChat circle to and ask if anyone wanted to buy clothes. I didn't expect the result was quite good," Chen said.

"People should not follow the trend blindly. It is a natural result of sticking to and deeply cultivating their respective fields. It requires balance between multiple professions, time management, and people’s own abilities." Yang Ji, an associate professor of Zhejiang University Of Media and Communications who has many years of experience in "slash", believes that the phenomenon is becoming more and more popular along with the new concepts of "casual economy" and "sideline life". However, young people can't blindly pursue it when making career planning. Any occupation or post has its particularity, and only by willing to spend time and study can one makes achievement. Gain recognition by their positive attitude

According to the 2020 Research Report on Eleme Blue Knight, more than half of the delivery men have "multiple identities": 26% are small and micro entrepreneurs, 21% are technical workers, and 4% are we-media bloggers. Taking off their delivery men clothes, they may be white-collar workers, shop owners, or even gym coaches.

"The development of new industries, new technologies and new forms of business has brought about the emergence of new occupations, such as takeout workers, Internet celebrity anchors, online appointment drivers, and WeChat merchants. The progress and application of Internet technology has liberated the shackles of work scenes and lowered the threshold of being a ‘slash’ man.” Cai Yidan, vice president and professor of the Provincial Youth League school, said it is worth noting that not all "slash youth" are led by interest. Some people are forced to make helpless actions because of the pressure of life.

The rise of "slash youth" also benefits from relevant policies. For example, in recent years, the human resources and Social Security Department of Zhejiang Province has successively issued relevant documents to support and encourage the part-time innovation and entrepreneurship of scientific research personnel in Colleges and universities, and proposes to provide protection for the employees of new business forms by constructing a multi-level social insurance system.

In the interview, most of the interviewees were open to the status of "slash", but some expressed concern, "I'm afraid that the boss will think that I am not working hard enough to pay my full attention to my main business."