The social significance of “Clean Plate Campaign” in Hangzhou

For the past seven years, when it comes to saving food, the first phrase that will come to mind is the "Clean Plate Campaign". The campaign was launched on January 10, 2013 by someone who was enthusiastic about public matter, with the theme of cherishing food, practicing strict economy and combating waste.

It has been trying to remind and warn us that hunger is not far from us. Although nowadays, our economic situation has been improved, saving food is still an ancient virtue that we should live up to.

How is Hangzhou doing in saving food and combating waste? We set our sights on restaurants of all sizes in Hangzhou.

At a buffet on Hushu South Road, Manager Lei said frustratedly that the buffet must have more food left over than a typical Chinese restaurant.

According to Manager Lei, the buffet opens at 5:30 p.m., some regular customers can keep having their meals until 8:30 p.m. During the three hours, premium food such as fresh oysters can be eaten up, but other food, such as fruits, cakes and pastas are more likely to be wasted.

"As a buffet, we surely don’t allow diners to take away food," Lei said.

The buffet has also been guiding customers to save food. Reminders about food conservation have been pasted on tables, mats and other places.

To combat waste, the buffet has promoted points system to encourage diners to take a decent serving of food. Such measure works to some extent, as some customers began to finish all the food they have ordered. 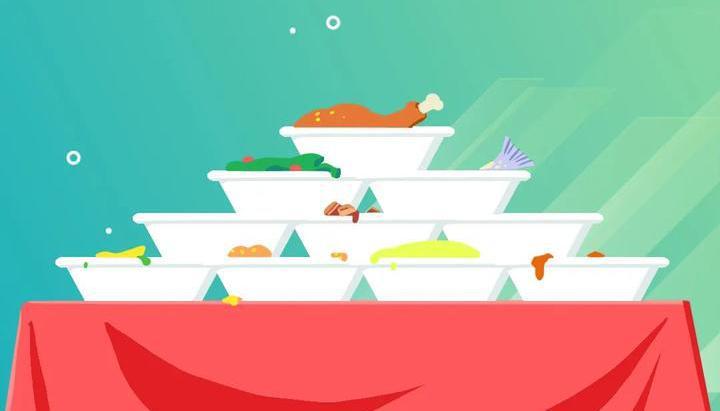 For changes on the domestic policy, the buffet focuses on the production of its dishes, which are becoming more delicate and smaller. Each diner can only bring two expensive dishes such as oysters at a time.

Person in charge said that in her impression, since 2012, Grandma's Home has begun to advocate the "Clean Plate Campaign".

"From the time the guests order, the waiter will remind them to order the right amount. The restaurant also matches dishes according to the number of guests; After the guests have ordered the dishes, if they find that the quantity is too large, they will suggest the guests reduce several dishes. Guests will be reminded to pack the food when they finish their meal. In Grandma's Home, doggy bags are provided for free, just to avoid waste," she said.

At the New Century Grand Hotel in Hangzhou, General manager Jin Hangyong said, "Apart from reminding, in the menu design, there will be two types of ‘portion’ and 'sample' dishes which is different in quantity. In general, portions are good for six to ten people, while samples are for two to four people. Number of dishes should be the number of the guests plus one, which means if there are three people, the suggested number of dishes is four. If someone orders more than that, the waiter will remind him/her in a friendly way, just to prevent waste."

When it comes to the "disaster areas" of food waste, banquets must be mentioned. In order to prevent waste, the New Century Grand Hotel has changed the quantity of many dishes into individual serving size.

At the Xinbailu (New White Deer) Restaurant on Zhongshan North Road, Manager Lin said that if customers ordered more than they needed, they would be advised to switch the sizes of the dishes to smaller portions. In general, out-of-town tourists tend to waste more than local people do. "When people come to travel, it is inevitable that they will have more dishes because they want to have a try on all of the characteristic food. Besides, they don't need to pack food, but we still remind them to have the food packaged," Lin said.

Zhiweiguan, a century-old restaurant in Hangzhou, has been trying and enriching one-person meals since the outbreak of COVID-19 pandemic. One-person meals have the features of suitable quantity and high cost performance, thus gaining popularity as soon as they are unveiled to the public.

At Mingren Mingjia Restaurant on the Wen’er Road, small portions of dishes, ranging from seasonal new dishes such as Chaozhou pickled cabbage fish and mixed shellfish cooked with rattan pepper, to traditional dishes such as dried shredded pork with pickled vegetables and home-cooked towel gourd, have appeared on the menu.

A stack stall on the Wulin Road mainly sells steamed dumplings. According to the owner, the stall has been open for more than 20 years and the business has always been good. Some people even drive here to have a taste.

Customers who dine here will always finish all their food. If they did not finish, they would choose to get them packaged. Few people will waste the steamed dumplings worth two yuan for each.

Some food will still be left over, especially rice and noodles. The owner said: “The quantity of the rice and noodles is large. Some regular customers will tell me to reduce the quantity in advance, most of whom are girls. Some customers are unable to eat any more so they left some food, but few of them would leave more than half of the food.”

Miss Zhang, a local resident, said she would not waste food while eating out. "Try your best to finish the food you ordered, and pack what you can't finish. It's easy to pack now. After all, it's not good to waste money on food," she explained.

Another resident, Mrs. Wang, also said she could not accept wasting food. "Our generation has suffered! I've been through food shortages, so I can't bear food wasting," she said. For Mrs. Wang’s generation, although the living conditions are better now, the habit of cherishing food still need to be kept.