Back to Qing Dynasty: Legacies of Chinese imperial harem debut in Hangzhou

A gold robe embroidered with three Chinese dragons silently lay on the wall of the exhibition hall, telling ancient stories that transcend time and space and echo through the ages. A man passed by the robe while murmuring "what a strong woman", dropping a hint of the actual identity of its owner—Empress Dowager Cixi. The robe was shown at the exhibition at China National Silk Museum, Hangzhou on August 7. A total of 20 silk fabrics were on display, which mainly comes from the underground palaces of Empress Dowager Cixi, who effectively controlled the Chinese government in the late Qing dynasty from 1861 until her death in 1908, and of Consort Rong, an Uyghur woman who became a favorite consort to the Qianlong Emperor.

Because this batch of cultural relics has great scientific and historical significance, China National Silk Museum and the Administration Department of Cultural Relics in Eastern Tombs of the Qing Dynasty jointly held an exhibition to unveil the archaeological treasure to the public, as well as an expert lecture on the detailed information of the eastern tombs of the Qing dynasty.

The opportunity of appreciating the cultural heritage is hard-won. The restoration work took five years, from 2014 to 2019. Based on the preliminary analysis and detection, the cultural relics were reinforced in various ways, including disinfection, cleaning, and flattening. What followed was the design of restoration methods according to the actual preservation conditions of each cultural relic. Only by careful preparation and devoted restoration can they be fully and properly protected, and their visibility can, therefore, be improved. 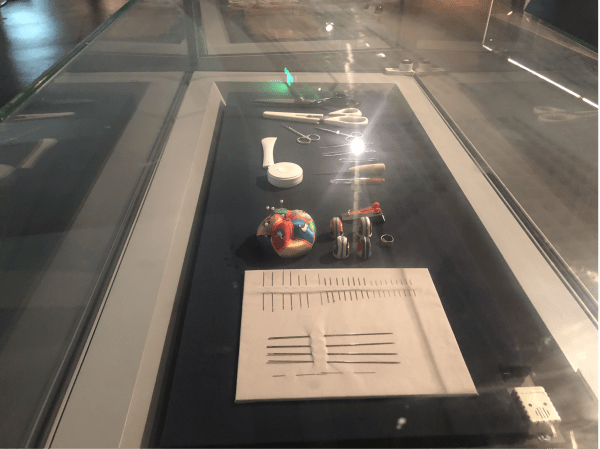 On the first floor of the exhibition hall, several antique restorers were burying themselves in repairing a piece of red cloth, conjuring up the scene of surgeons’ saving lives on the operating table. Although the process of a 5-year restoration cannot be seen, we can glimpse into the hard work and professionalism of the restorers who participated in it by watching the two female restorers on the scene. 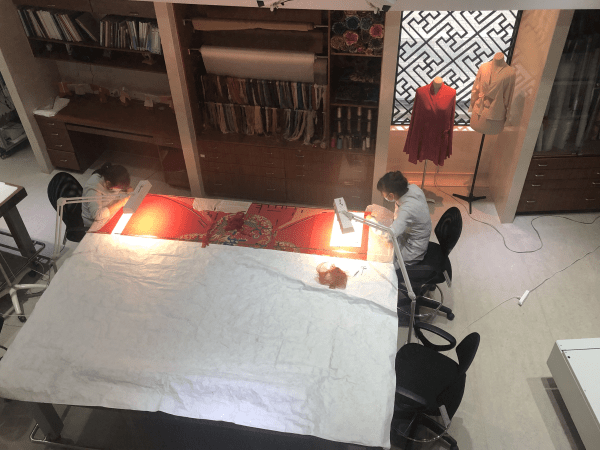 Restorers, who build a bridge between the past and present and enable the historical achievements to step into public sight, are one of the carriers of the craftsman spirit. The progress of modern society needs a larger number of craftsmen who strive to be the true self and pursue perfection at work with the aims to achieve self-actualization from work and contribute to the well-being of others.

Looking closer at the gold robe hanging on the wall, we can see different Chinese traditional elements gathering together to form a unique design. In front of the robe, the patterns of sun, moon, and stars are respectively embroidered on the left shoulder, right shoulder, and in the middle of the chest, which symbolizes the imperial power illuminating all directions of the state. The right side of the waist part is decorated by the pattern of aquatic plants, which implies spotlessness. 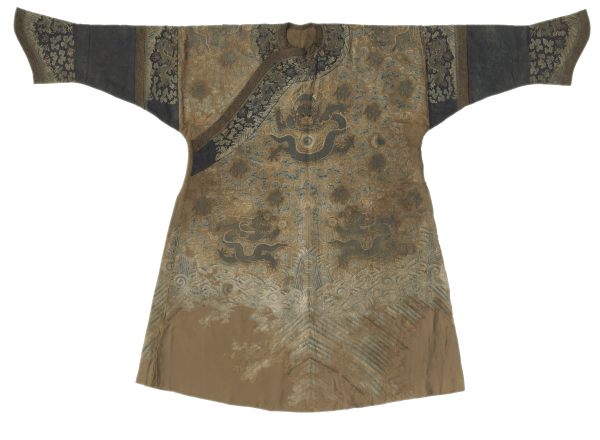 (The front side of the gold robe, owned by Empress Dowager Cixi)

Patterns at the back of the robe are also impressive. On the upper part of the central axis is the pattern of mountains, indicating a solid and stable personality. The left side of the waist part is patterned in a fire, which means brightness and hope, whereas the shape of rice noodle was placed symmetrically, which symbolizes the imperial family feeding the ordinary people. (The backside of the gold robe, owned by Empress Dowager Cixi)

It is amazing that on just one robe, we can see so many meaningful and beautiful forms. Including those mentioned above, there are a total of twelve patterns. Originating from the universe, they are the aesthetic refinement of objects in the natural world. The imperial family was endowed with the beautiful implication of natural things, which represent their hope to become the embodiment of the best, the most beautiful, and the greatest things between heaven and earth.

To offer the public easier access to the history, China National Silk Museum specially invited Li Yin, director of the Administration Department of Cultural Relics in Eastern Tombs of the Qing Dynasty, to give a special lecture on "Step into Underground Palace of Tombs of Qing Dynasty". (Li Yin, director of the Administration Department of Cultural Relics in Eastern Tombs of the Qing Dynasty)

The lecture consists of five parts: geomantic omen, architecture, underground palace, treasure, and theft. The silk fabrics such as the clothes worn by the owner of the tomb and covering the corpse were the focus of the interpretation.

"The funeral of Cixi was a hit at the time. The year witnessed its extreme luxury and solemnity, yet very soon saw the later horrible and disastrous theft. The collective grave robbers, who believed only pearls were valuable ignored and left the clothes on the spot. Therefore, we now have the chance to restore the original appearance of the robes and show them to the public,” Li Yin explained.

Besides, a very important point was also mentioned in the lecture, that is, the significance of film and television works in restoring history. In modern society, systematically studied history is not accessible to everyone. What people know about the past mainly derived from multimedia works such as TV series, movies, and novels.

Despite the vividness and readability of the adaptations, cultural relics are the most authentic way to understand the truth of history, Li Yin stressed. This is why the reconstruction of remains is of great importance for future generations.

The activity came to an end with the successful close of the lecture. The achievement is inseparable from the coordination and cooperation between the China National Silk Museum and the Administration Department of Cultural Relics in Eastern Tombs of the Qing Dynasty. The remains from the Eastern Tomb of the Qing Dynasty unearthed in Hebei Province been restored and exhibited in Zhejiang Province undoubtedly confirms the importance of cooperation between regions and between museums. 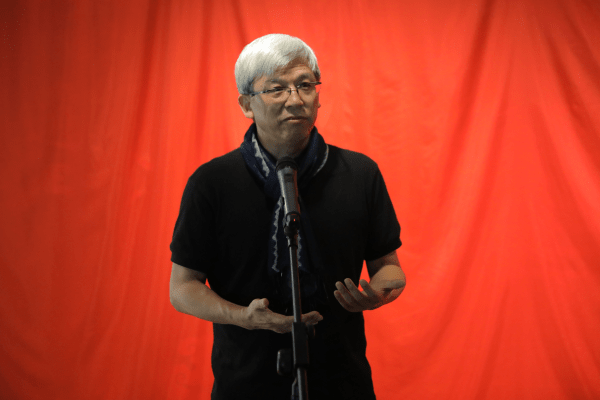 Zhao Feng, director of the China National Silk Museum, said at the opening ceremony, "We attach great importance to the cooperation and communication between museums. It is crucial to the inheritance of history and culture. We also expect more opportunities for common efforts in the future to make progress in retelling the history stories to the world."

The museum staff said that after the activity, the Restoration Hall of the Eastern Tomb of the Qing Dynasty will always welcome the public for appreciation and study.