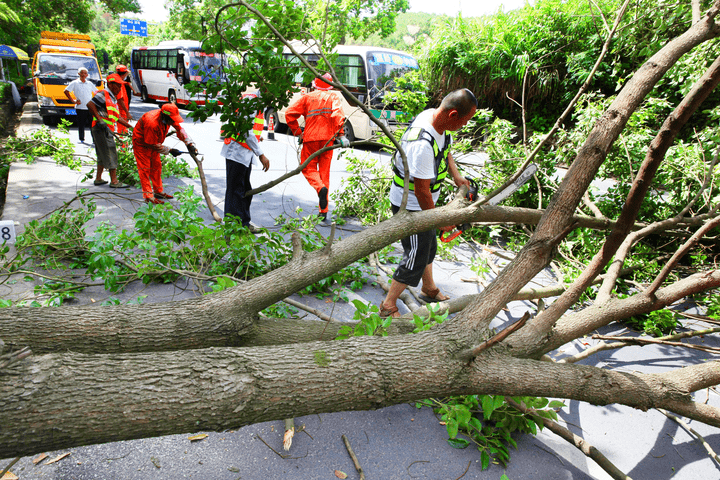 Zhejiang in East China－one of the regions expected to be hit head-on by Typhoon Hagupit, the fourth typhoon of the year－on Monday launched a Level II emergency response to thwart possible damages brought by the storm, which was expected to hit the mainland Monday night.

The coastal city of Wenzhou, where the typhoon was predicted to make landfall, raised its alert from orange to red, the strongest in the country's four-tier color-coded warning system, for Hagupit on Monday afternoon. Taizhou, another city lying on the coastline of Zhejiang, issued an orange alert.

With an average speed of 22 kilometers per hour moving northwest, the typhoon was expected to bring downpours and gales to the cities in south Zhejiang, especially Wenzhou, Taizhou, and Lishui, as well as areas in Fujian province.

Top officials in the province－Che Jun, Party chief of Zhejiang, and provincial Governor Yuan Jiajun－have urged all Party and government authorities to take measures to lower the risks and protect marine and fishery populations along with coastal areas.

The provincial government has required all fishing boats to return to ports or sail to safe zones.

As of noon Monday, a total of 4,481 tourists in these areas had been evacuated, and all coastal passenger ships have been suspended. Some railway trains traveling between Taizhou, Lishui, Wenzhou, and Fujian's Ningde will be temporarily stopped as well.

In addition, 16 flights coming to or leaving Wenzhou Longwan International Airport had been canceled as of 9 am Monday.

Nationwide, the Ministry of Agriculture and Rural Affairs on Sunday issued a notice to urge local governments to batten down the hatches in preparation of Hagupit and ensure the safety of farming and fishing activities in regions that would be affected by the strong gusts and heavy downpours.

The original title is "Zhejiang, Fujian brace for Typhoon Hagupit"