"Abésée" and "20 Minutes" reported that due to the increasing number of infections in Catalonia, on the afternoon of July 24, the French government warned residents not to go to Catalonia until the health conditions in the area have improved. In addition, France will begin to formally study the closure of the border.

Due to the rebound of the Spanish epidemic, Norway has decided to quarantine tourists who were from Spain last stop.

At the same time, Belgium is also warning residents not to travel to the six autonomous regions of Spain: Aragon, Catalonia, Extremadura, La Rioja, and Basque Country. It also prohibits residents from going to Huesca and Lleida.

With the development of the Austrian epidemic, Austrian Prime Minister Sebastian Kurz (Sebastian Kurz) announced on the 24th to tighten the mask policy. Kurz mentioned that, for example, in supermarkets, banks, post offices, etc., masks should be worn again. In addition, most of the new infections are related to returning passengers from the Western Balkans. He appealed: "Please do not go to the area this summer."

In just one week, this return to the flight plan was changed. At present, Aohua Travel Agency has received an official notice that the Austrian Airlines flight to Shanghai in August has been canceled and cannot be made. Aohua Travel Agency advises: At present, Air China can still book tickets for direct flights to Beijing (landing in Hohhot) (one flight every Saturday).

Russian Prime Minister Mishustin said at a meeting held in Moscow on the 24th that Russia will resume international flights from August 1.

Golikova said that foreign citizens flying to Russia need to have a negative test result for the new crown virus within 72 hours, and Russian citizens can be tested within 72 hours after entering Russia.

"Weight loss is one of the ways to reduce the risk of the COVID-19 infections," British Prime Minister Boris Johnson said on July 27 during a visit to a medical center in East London. He also revealed that he was losing weight and had lost about 7 Kilograms. When asked how to lose weight, Johnson replayed, "The key is to eat less, but you still need a lot of exercises." He also lashed out at vaccine opponents as lunatics.

On July 26, a British government spokesman said, “the COVID-19 reminds us all that we must pay attention to the short-term and long-term risks of overweight. The prime minister has made it clear that we must take this opportunity to become healthier, more energetic and improve our diet.”

According to a British public health study released on July 25, overweight people are 40% more likely to die of the COVID-19 than normal weight people. About 63% of adults are overweight, 36% are fat and 28% are obese, according to the British government. Besides, one in three children aged 10 to 11 is overweight.

5. The economy of Britain and the euro region shows signs of recovery

According to the monthly index released on July 24 by the market research institution IHS Markit, the UK's comprehensive purchasing managers' index (PMI) in July was 57.1, the highest since June 2015. The comprehensive PMI of euro-region countries in July was 54.8, which is the first time since the outbreak of the epidemic. This index has exceeded 50 in the area. (A composite PMI above 50 indicates that business activity is expanding, and below 50 indicates that business activity is shrinking.)

6. German cruise ships set sail for the first time after the cruise industry was suspended for several months

According to DPA, a German cruise ship set sail on the night of July 24. This is the first flight after the cruise industry was shut down for months due to the outbreak of COVID-19.

According to the report, the cruise ship, named Mein Schiff 2, belongs to TUI, the world's largest tourism group. The cruise starts from Hamburg in northern Germany for Norway and will return to Germany on the 27th. Passengers will spend the weekend at sea. During this period, the cruise will not stop at any other land port.

It is understood that the carrier rate is limited to 60%, but the actual number of people is less than 60%. The ship could have carried 2,900 passengers, but only 1,200 were on the voyage. The operators require passengers and staff to keep social distance and wear masks, and they are not allowed to take the buffet on board. All passengers are also required to fill in the health questionnaire and measure their body temperature before boarding.

Campania, a region in southern Italy, will impose fines of up to 1,000 euros for people who do not wear face masks, French media reported on July 26.4.

According to the latest local regulations, people who do not wear masks in all closed public places, including public transport, will be fined. Public transport staff should refuse people who do not wear masks to board the bus. If they forcibly board the bus, they should be asked to get off the bus as quickly as possible, and those who refuse to get off will be handled by the police. People engaging in business activities, no matter employees or employers, will be fined 1,000 euros for any breach, suspended for five to 30 days, and penalties will be doubled for multiple breaches.

"If the citizens think the problem has been solved, in a few weeks we will be back to a very serious crisis," said Vincenzo DE Luca, the chief executive of Campania.

On July 27, LVMH, the world's biggest luxury-goods company, and France's most valuable listed firm announced an 84% slump in its net profit at the first quarter of the year, and its operating margin (a measure of corporate profitability) dropped from 21% of last year to 9%.

Jean-Jacques Guiony, the group's chief financial officer, lamented as he reported results that he had never seen such a bad condition before.

Kering lost the equivalent of 43% of its annual turnover between April and June alone, while Richemont lost 47%. Hermes sales also tumbled 41% of its turnover, but Axel Dumas, the chief executive, said confidently: "This is a storm we have never encountered before, but we have the ability to weather it."

Besides, the sales of Salvatore Ferragamo, an Italian luxury brand, halved, whereas Prada saw a 40% drop.

9. EU renews the list of countries with open external borders, reducing the number to 11

On Thursday, the EU renewed its list of countries that are allowed to open external borders, suggesting that member states open their borders to 11 countries and China (with conditions attached) as from today. The United States, Brazil, Russia, and India remain on the list.

According to the announcement issued by the EU Council on the same day, the 11 countries are Australia, Canada, Georgia, Japan, Morocco, New Zealand, Rwanda, South Korea, Thailand, Tunisia, and Uruguay. The condition attached to China was "confirmation of reciprocity", which means that China should also open its borders to citizens of EU member states.

10.UK’s car production plummeted by over 40% in the first half of the year

According to data released by the Society of Motor Manufacturers and Traders on the 30th, British auto production plummeted by 42.8% in the first half of this year from a year earlier, the worst performance in the same period since 1954. Meanwhile, over 11,000 people have been laid off in the automobile manufacturing industry and retail industry during the epidemic period. 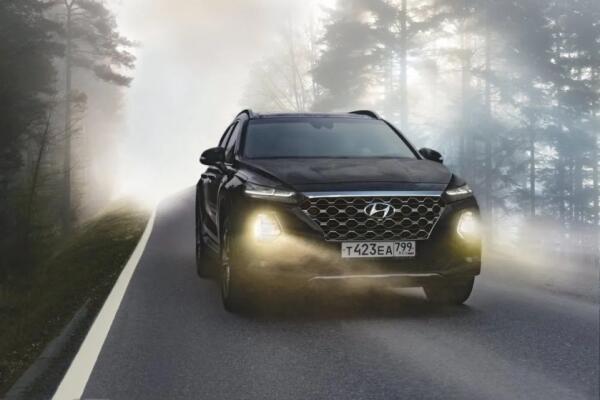 11. There is no antibody any more in the first infected person in Germany!

Le Monde: A male employee of Webasto Company in the Free State of Bayern was the first person infected with COVID-19 in Germany. The man said in an interview on Monday (27th) that since April， he had no protective antibodies in his body. But he didn't find any sequelae, so he thought he was "very lucky".

On January 27, after meeting with a colleague from China, the man tested positive for COVID-19. At that time, he was worried about whether his little daughter and pregnant wife would be affected, but they were not testing. "This is still hard for me to understand because I usually spent time with my family and friends."

Der Spiegel： German automaker Daimler announced that from October this year to October 2021, employees in management positions and peripheral positions (such as logistics positions) will reduce their working hours by two hours per week, and their income will naturally decline after the reduction, and they will not receive wage bonuses during this period. Daimler suffered serious losses during the epidemic, with a loss of nearly 2 billion euros in the second quarter of this year alone. Daimler employees are not only faced with reduced working hours and lower wages, but also suffer the loss of bonuses.

13. Austria's infection index exceeds one, and the epidemic has spread again

Die Presse：According to the Health and Food Safety Administration, from July 10 to 22, the basic reproduction number of Austria was 1.11, slightly higher than the previous stage of 1.10, and the growth rate of newly confirmed cases was 3.2%. The basic reproduction number of Upper Austria and Lower Austria had decreased, which indicated that the local infection clusters had been initially controlled. The basic reproduction number of Vienna continues to fluctuate around 1. However, Alois Stöger, Federal Minister of Health Austria, held a press conference, saying that the growth trend of the epidemic is still generally stable, and there is no need to panic. Compared with the epidemic peak in March, Austria has more experience and means to fight against the epidemic and will do its best to prevent the second outbreak.