Li Letian, a student from Hangzhou No.2 High School of Zhejiang Province, won the gold medal in the 52nd International Chemistry Olympiad. 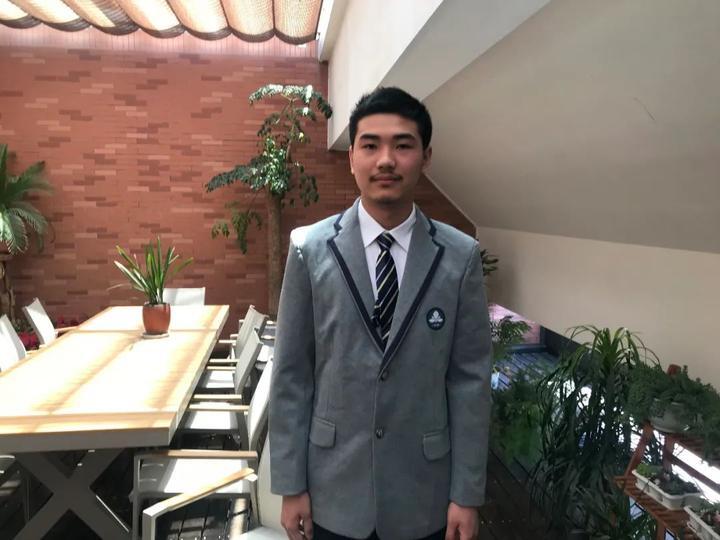 Li was a well-rounded student when he studied in Hangzhou No.2 High School. He began to learn the chemistry of senior middle school by himself when he was in the third year of junior middle school. After joining the training team of chemistry competition in senior high school, his potential for competitions was tapped. He got better grades in competitions every time, and was selected to the national team and recommended to Peking University in the sophomore year.

Li often applies the knowledge of chemistry to his daily life. For example, once he was shopping with his mother, she asked him what kind of fruit they were going to buy. He suggested buying bananas. When his mother asked him why he answered without hesitation that it was because bananas provide potassium.

Li reads extensively. Besides professional chemical books, he likes to read articles of literature and history. Recently, he has been reading The Ordinary World and The Three-Body Problem.

Even though he is busy training for the competition, Li performs well in school exams

Chen Jun and Fang Wenbin, the head coaches of chemistry competition of Hangzhou No.2 High School, said that Li’s psychological quality and adaptability to situations are the best among the students whom they have been taught.

According to the coaches, Li Letian was rarely affected by the external environment. Even if there was progress or decline, he seldom exulted great joy or great sorrow. After every exam, he was calm and could clearly repeat his thoughts and judgments during the competition.

It is learned that due to the impact of the COVID-19 pandemic this year, the qualification trial of the national team was canceled, and the top four students were selected to the national team according to the final results of previous national competitions. In addition, this year's International Chemistry and Biology Olympics would be held online.

Therefore, Li’s preparation was different from that before. Instead of centralized training, he chose to follow the coach or compete with several other members of the national team from time to time, in order to keep in good condition.

"Recently, I and three other members are taking simulation tests of the international Olympic Games. We take turns to set questions, and then discuss and solve them together,” Li added. “I have already set my questions, and I plan to share with them in early June. It's over 30 pages because I have been helped by two excellent students from the training team of Hangzhou No.2 Middle School, both of whom were selected to the national training team and recommended to Peking University."