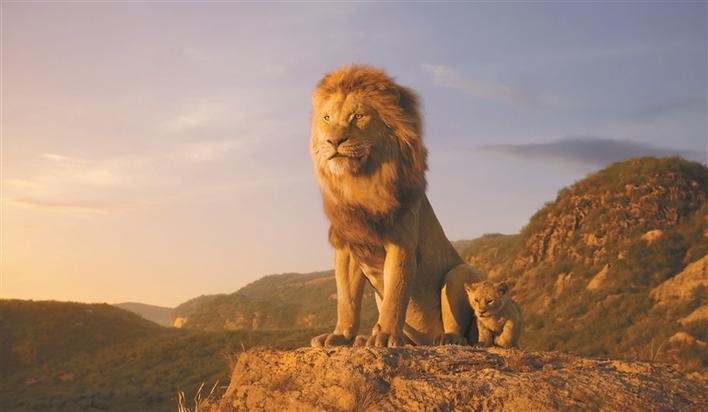 After watching the midnight premiere of "The Lion King," Sang Shuang, a senior student in China, instantly decided that a second watch was inevitable, preferably in an IMAX theater.

Disney's live-action remake of its classic animated film "The Lion King" hit the big screen on the Chinese mainland on Friday, a week earlier than North American cinemas.

The early screening of the film highlighted the great value of the Chinese market, and was also a reflection of an increasingly expanding audience.

Not many years ago, Chinese movie-goers had to wait for weeks even months after a blockbuster was released in other countries. Some impatient "hardcore fans" even flew overseas to watch a movie.

The Chinese screening of the 2018 movie "Avengers: Infinity War," for example, was about two weeks behind North America.

The situation is changing. This year, "Avengers: Endgame" hit the Chinese market on April 24, two days before the North American theater. The new "Lion King" will not be released in other countries until the weekend.

"Movies are commodities in some ways, and thus must conform to the market laws of investment and returns. Due to the high cost of Hollywood blockbusters, movie companies must take markets' potential buying power into consideration," said Zhou Zhiqiang, former dean of the National Theatre of China, and a renowned voice actor.

Zhou played the voice of Mufasa in the Chinese version of the new "Lion King". He said he was attracted to the film after watching some excerpts, and took the job immediately.

China Business Research Institute estimates that there were over 60,000 film screens in China last year, ranking first in the world, and expects the figure to exceed 66,000 by 2019.

In the meantime, screening technology is picking up while ticket prices are going down, attracting more people.

"It cost me just 28 yuan to appreciate the most advanced CG technologies of Hollywood in front of the big screen," Sang said. "A ticket for James Cameron's Avatar was several hundred yuan 10 years ago."

The 1994 "Lion King" has a huge audience in China, even today. Children, regardless of age, are never tired of watching it. It is also a must-see for Chinese students learning English.

"My father is a big fan of the old version. I still remember the happy time when watching it with my parents when I was little. My father even keeps Elton John's 'Can You Feel the Love Tonight' as his ringtone," Sang said.

Chinese audience have developed the habit of going to the cinema to watch blockbusters as pirated DVDs or unauthorized online contents are almost extinct in China. Watching a movie in a cinema has become among the most common entertainment in the country.

The huge Chinese market has become a perfect place for filmmakers in the world to achieve both artistic and economic pursuits, Zhou said.