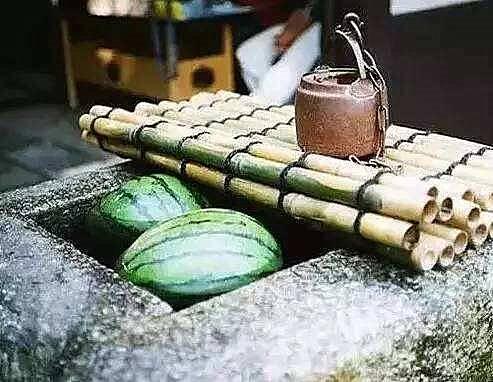 Popsicles, watermelons, cattail leaf fans...What is summer like according to your childhood memories? For the locals of Hangzhou, some items are exclusive to their childhood summer.

From the early 1950s to the end of the 1990s, the night of Hangzhou would not kick off until cicadas began to sing in the sunset. At this time, every household would place their bamboo couches and wooden boards at doorways. Then they would chat and play cards while enjoying the cool breeze.

Zhao Zhigui, 68, a resident of Mantoushan Community, recalled that in the past there was neither an air-conditioner nor an electrical fan, they got only a fan in hand. “Sometimes we simply pour down a basin of water to cool ourselves down,” said Zhao with a smile. 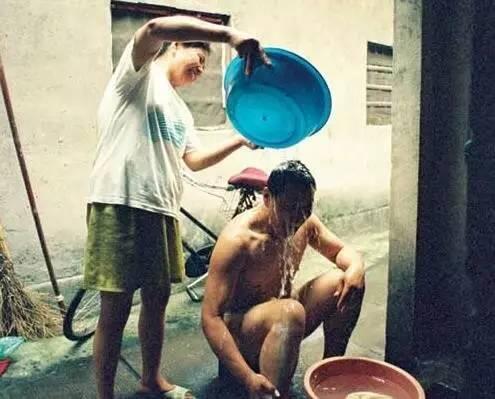 “Wash the bamboo couches with well water, and have some iced watermelons,” as sung in the old nursery rhymes. The coolness of summer enjoyed by old Hangzhouers was closely related to the old wells.

Wells were distributed in lanes and alleys of Hangzhou. Residents lived around wells, thus lanes and alleys were formed gradually. No wonder many lanes are named after wells, such as Dajing Lane (Big Well Lane), Xiaojing Lane (Small Well Lane) and Baijingfang Lane (Hundred Wells Lane)...

As soon as summer arrived, these wells became a natural fridge in the eyes of old Hangzhouers. Fruits and vegetables would become refreshing as long as they are soaked in the well water. 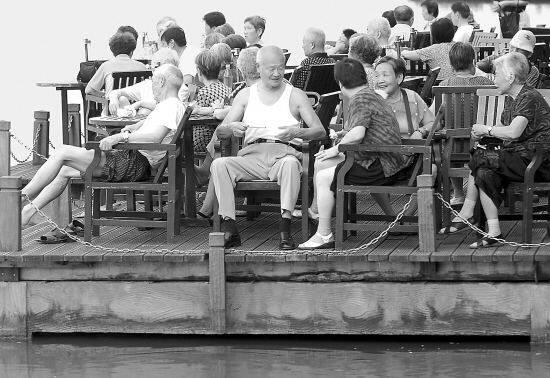 Chitchatting around a well has also become an indispensable traditional culture of Hangzhou. There have been many wells in Hangzhou. The neighborhood relationship near a well has also become an important part of the community culture. With the development of Hangzhou, many wells have been abandoned. As a result, the neighborhood relationship has become increasingly remote in the jungle of reinforced concrete.

“These wells are plain-looking, yet they are old treasures of Hangzhouers,” A staff member of the Water Affairs Office of Shangcheng District, Hangzhou told the reporter. As the urban area with the strongest historical flavor, the streets and lanes of the district are densely covered by wells. The number of wells in the district accounts for more than half of all wells of the city.

Ruishi Siyan Well located at Ziyang Sub-district of Shangcheng District is an ancient well with a history of more than a century. The well water comes from the spring of Chenghuang Mountain. Four years ago, the well was abandoned and its water quality became bad.

“We have washed clothes, vegetables and chatted here since we were young. We are sad as if something in our home has gone,” Mr. Fang said.

In 2015, Ruishi Siyan well was dredged by the government of Shangcheng District. And the ground slabs were also weeded. In order to make it convenient for residents to wash clothes, washboards were even installed at the well, and a rain and sewage diversion pipe was paved so that the waste water from washing clothes could be discharged directly into the sewage pipe network. After the renovation, the water quality of the well was equal to Level III or higher of surface water.

In the campaign of tackling five kinds of waters, these ancient waters have been reborn in the repair and their water quality has also been improved. 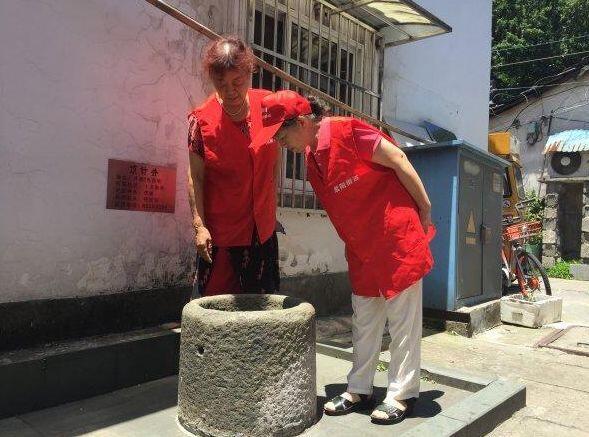 In order to achieve long-term management, the government of Shangcheng District has appointed fifty citizens as “heads of wells” through open recruitment, who will be responsible for inspecting, supervising and managing 156 wells in the city, collecting opinions of residents on the use of wells and discussing with relevant departments on solutions.

Today, all 156 wells including the 52 ancient wells have been restored and put into use.