VIDEO: Grand Ceremony of Gratitude Expressing at the End of Fishing Season held at Daishan County

On the afternoon of June 16, China Ocean Culture Festival & Grand Ceremony of Gratitude Expressing at the End of Fishing Season 2019 was held at the sea-worshiping altar in Daishan County, Zhoushan, Zhejiang Province.

Apart from the traditional ceremony of gratitude expressing and dancing performance, this year the grand ceremony also integrated new elements such as intangible cultural heritage.

A total of 320 fishermen dressing in traditional costumes chanted Long Yang Recital in solemnity to express sincere hopes. Exciting performances and featured intangible cultural heritage dance were put on during the ceremony, attracting the crowds to applaud and cheer.

The ceremony has been held for 13 years on end. It has become one of the well-known brands of Daishan County.

In Zhejiang Plus: China Ocean Culture Festival & Grand Ceremony of Gratitude Expressing at the End of Fishing Season

Sea-worshiping, a kind of sacrifice rite of the coastal fishermen worshiping Dragon King and the ocean gods in the past, is one of the folk customs featuring the distinctive marine culture of the East China Sea region.

Daishan County of Zhoushan is known for “making good use of fishing and salt, enjoying the convenience of shipping”, also its ancient ocean worshipping activities that can trace back to as early as the prehistoric period. Daishan has the folk customs of “worshiping Dragon King before going to the ocean, giving thanks to Dragon King for the harvest, praying to Dragon King for rain”. 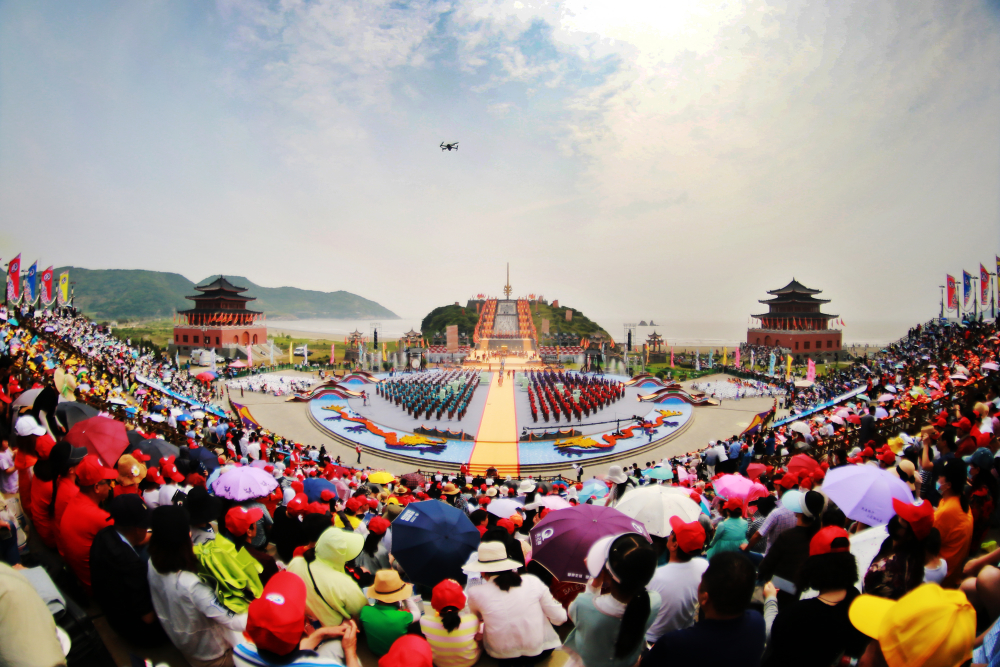 Daishan County promotes this ancient folk custom by holding an annual grand sea-worshiping ceremony at the end of the fishing season on June 16, the first day of summer fishing moratorium of the East China Sea. The county has been holding Zhoushan Archipelago & Grand Ceremony of Gratitude Expressing at the End of Fishing Season since 2009.

By refining the traditional sea-worshiping ceremony, the grand ceremony consists of three chapters, i.e. the opening ceremony, sacrifice ceremony and expressing gratitude to the ocean by singing and dancing, creating an integrated activity with mass participation, sacrifice rites, and exciting interactions. In 2008, the ceremony was selected as a national intangible cultural heritage.

With ocean worship as its carrier, the ceremony advocates the idea of rehabilitating the ocean, appeals to all human beings to care for the ocean, expresses the human’s gratitude to the ocean.