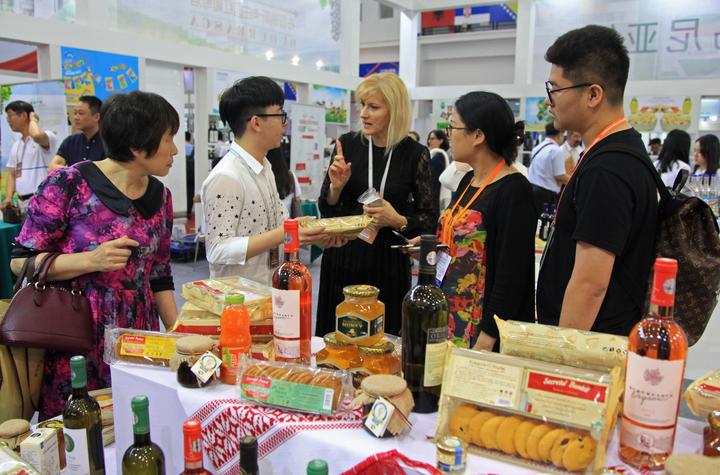 The cooperation between the two sides is a beneficial complement to the China-Europe comprehensive strategic partnership. Since the two sides established cooperation, it has formed a pattern that covers multiple aspects and levels and opened up new channels for China to develop relations with traditional friendly countries.

Under the bilateral mechanism, a trade facilitation team has been established between China and Romania, Hungary; an e-commerce team and investment and cooperation working team have been established with countries such as Estonia and Croatia.

Second, bilateral trade has grown steadily. The value of trade between China and sixteen countries of Central and Eastern Europe in 2018 was 82.2 billion USD, a growth of 55.4% from that of 2011. The import of China from the CEEC grew by 80.7% compared with that of 2011.

Third, mutual investment has grown continuously. According to incomplete statistics, the CEECs' investment in China has exceeded 1.5 billion USD, and Chinese enterprises have invested more than 10 billion USD in the CEECs, which cover such fields as machinery manufacturing, chemical, finance, environmental protection, logistics and new energy.

The two-way investment has driven their cooperation in production capacity and is becoming a new growth engine for the economic and trade cooperation of both sides.

Fourth, progress is made in the infrastructure inter-connectivity. Chinese enterprises have smoothly carried out a series of energy and traffic infrastructure projects in Serbia, Bosnia and Herzegovina, Republic of Montenegro and Macedonia. The section of Hungary-Serbia Railway within the borders of Serbia has started construction, and the section within the borders of Hungary has announced the bidding result. By the end of this April, more than 15,000 China-Europe trains had been launched.

China is willing to make concerted efforts with each country of Central and Eastern Europe to enhance the quality of “17+1 cooperation”.

Preparation for the Expo goes smoothly Approved by the Central CPC Committee and the State Council, this year the China-CEEC Expo and International Consumer Goods Fair are elevated to a national level, which is currently the only national-level exhibition focusing on the China-CEEC cooperation.

The Expo themed“Deepening Opening up and Cooperation for Mutual Benefits” will be held in Ningbo from June 8 to 12 with Slovakia and the Republic of Lithuania as the main guest countries.

Highlights of the Expo

First, opening-up features are more distinct. The hosting party has hoped that the Expo will develop into a new window for Ningbo and China to embrace the world and a new bridge to link with the world, just like the harbor city of Ningbo where it will be hosted. Therefore, the Expo this year will highlight the requirements of all-round opening up with a theme of “Deepening Opening up and Cooperation for Mutual Benefits”.

2,000 overseas guests will be invited to explore and discuss hot topics such as BRI construction, optimization of the business environment, and international investment cooperation. The theme will be more focused and the characteristics will be more distinct.

Second, the contents of the activities will be more pragmatic. The Expo this year will fully leverage the complementary advantages of China and the CEECs, insist on import and export, going out and introducing into, economic and trade cooperation and cultural exchanges, highlight the economic and trade cooperation and strengthen the characteristics of import and going out.

More than twenty economic and trade cooperation related activities are arranged such as China-CEEC Cooperation Forum, China-CEEC Investment and Cooperation Symposium and Foreign Investment Enterprises Roundtable. Over 3,500 purchasers and investors are invited to the event. Hopefully, through these events, the friendship between China and the CEEC can be deepened.

Third, the scope of participation is more extensive. Zhejiang will set up a “big stage” for discussion and sharing, and stage a sound “chorus” with the CEECs, related ministries and commissions, various provinces and municipalities and institutions and organizations.

The theme province of Jilin Province will also hold several promotion activities. Cities, industrial parks and enterprises of seven provinces and municipalities such as Beijing and Jiangsu will participate in exhibitions and activities.