Zhang Zongxiang: A man of letters and his passion for books

Zhang Zongxiang, director of Zhejiang Library and President of Xiling Seal Engraver’s Society, passed away at the age of 84 on August 16, 1965. Zhang has made great achievements in many aspects all his life, among which the most remarkable is his contribution to the collation, protection, and study of ancient books. Particularly, he enjoys a great reputation for book transcription for more than 60 years. It is said that 15,000 words could be copied every day, while 24,000 words could be reached in case of urgent need.

Why would a wise man who once won the first-class imperial examination do such "stupid" things?

Zhang Zongxiang was born in 1882, the eighth year of the reign of Emperor Guangxu. At that time, myriads of antiquities were destroyed or scattered for decades of war. Thus, for the scholars in the late Qing Dynasty, one of the most important concerns was to pass on the ancient books. Therefore, searching for books, raising funds, transmitting banknotes, and printing them became the responsibility of literati of the time. 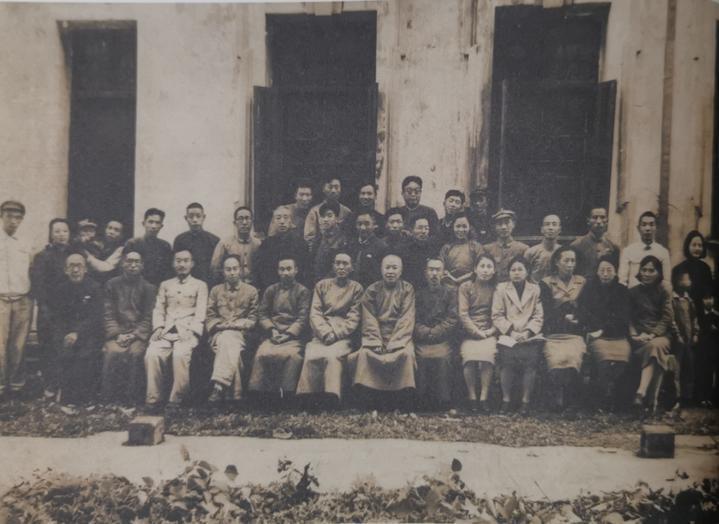 Zhang Zongxiang was, without doubt, one of them. Inherited the learning style of Qianlong and Jiaqing, he started his academic life at the age of 28 by learning from Mr. Sun Yirang. At 32, he finished studying the Twenty-Four Histories, and later after going over Liu Lufen's annotated edition of "Four books about Histories", he came to realize that one should first read the collation of the book than its original version. These two events were the important turning points in his study of the collation of ancient books.

As the director of Beijing Normal University Library, Education Department of Zhejiang Province, as well as Zhejiang Library, Zhang successively presided over the third supplementary copying of  Complete Works of Chinese Classics by Wen Lange. The feat enriched Zhejiang Library's collection of ancient books and documents, ranking fourth in China. Besides, the ten thousand volumes of ancient books copied by him will always be a brilliant cultural treasure.

Additionally, Zhang did good deeds in the process of the modern royal and private collections of books entering the public system. During the early days of new China, a large number of precious ancient books were rescued and preserved all over Zhejiang Province under his leadership. Important donations were successively received from Li's Xuanyin building in Ningbo, Liu's Jiaye hall in Nanxun, Wang's Yizhuang building in Changxing, and Chen's Memorial School in Xiangshan. Most of the millions of ancient books in the Zhejiang Library today were collected in the 1950s.

In late November this year, series of activities such as "Mr. Zhang's return - Zhang Zongxiang and his time" by Xiling Seal Engraver’s Society will be launched in Hangzhou. The activities are in memory of Zhang’s contribution of using his prestige to fight for funds, social property, and donations for the restoration of Xiling Seal Engraver’s Society. He was regarded as the first generation of meritorious officials who saved literature in the extinction of the past century.

During his lifetime, Zhang donated more than 4,000 volumes of ancient books and manuscripts to Zhejiang Pictures. Today, they are all preserved in the rare books reading room on the first floor of the Zhejiang Library on Shuguang Road.

Though Zhang has passed away for more than half a century, the respect for books and recognition of cultural value he proposed have never changed.