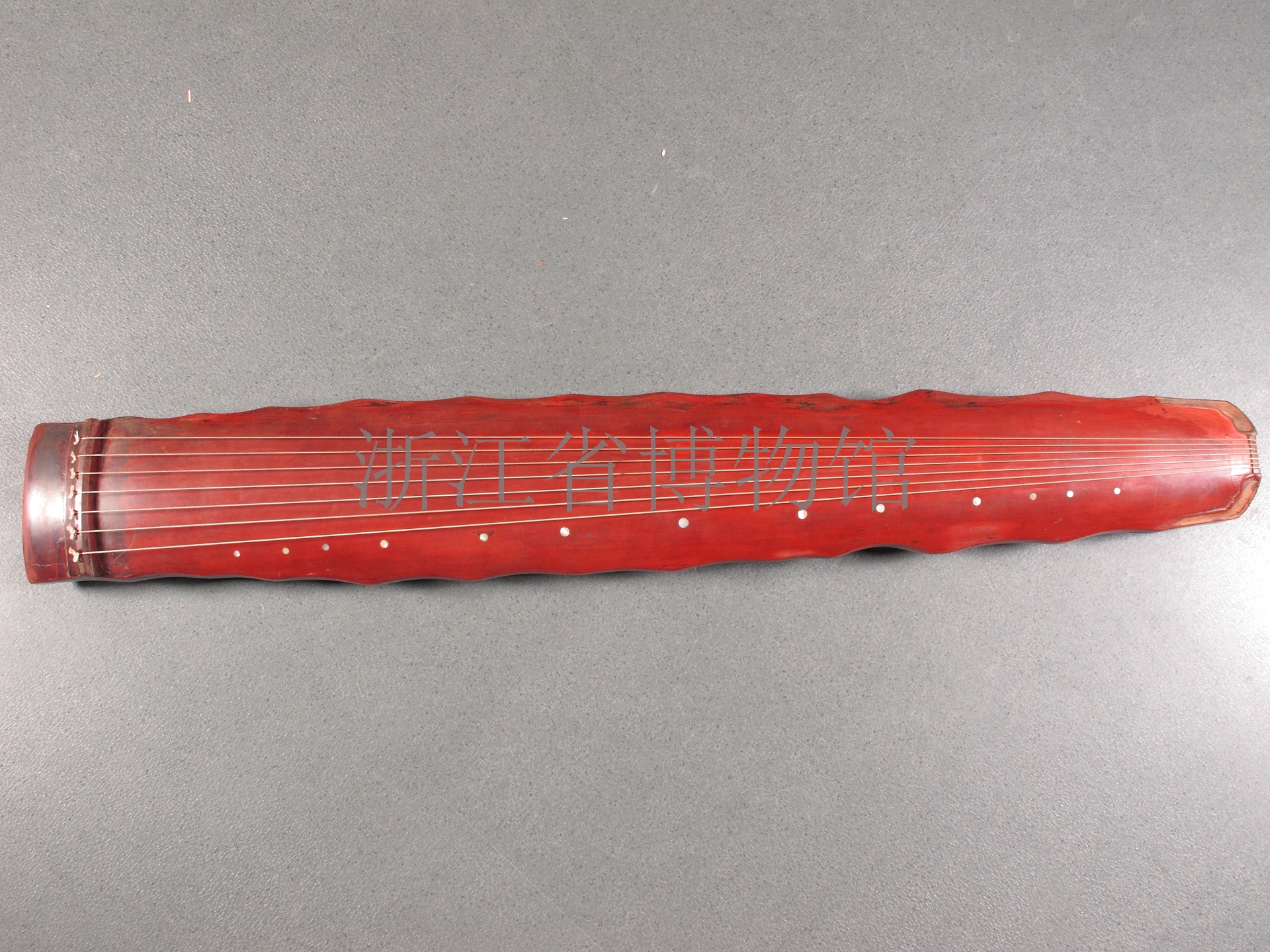 Description: The guqin has a thick body and a slightly convex back. Beneath the lacquer is a layer of ‘deer antler putty’, which is rather thick as revealed at the places where it has peeled off. The back is covered mainly with the original chestnut-coloured lacquer, which is interspersed with red lacquer. The top and sides of the instrument have a coating of red lacquer over the original lacquer. The back bears 'ice cracks' and 'bridge-over-stream cracks'. The top bears an indistinct crack pattern, with small circles resembling 'plum blossom cracks' near the third, fourth and fifth hui (dots indicating the positions for producing harmonics). The instrument has a 'dragon pool' and a 'phoenix pond', both oblong, but no zhenchi ('tuning pegs pool'). The name of the guqin, 'Caifeng Mingqi' (colourful phoenix crying on Mount Qi), appears above the 'dragon pool', which is surrounded by three eulogizing inscriptions by Yang Zongji. Engraved within the 'dragon pool' are the words 'made by Lei Wei in the 2nd year of Kaiyuan of Great Tang' (ad 714). This instrument has a classical and dignified appearance and makes a sound suggestive of that of bronze bells or chime stones. A description of it can be found in Qin Xue Cong Shu (A Series of Books on Guqin Studies). As one of the three guqin most treasured by Yang Zongji, it was praised by the master for the exceptional quality of its sound.