Hemudu Culture is named because it was discovered in Hemudu, Yuyao of Zhejiang for the first time in 1973. According to C14 testing, its 4th cultural layer is 7000 years old and numerous cultural relics unearthed shocked the whole world then. 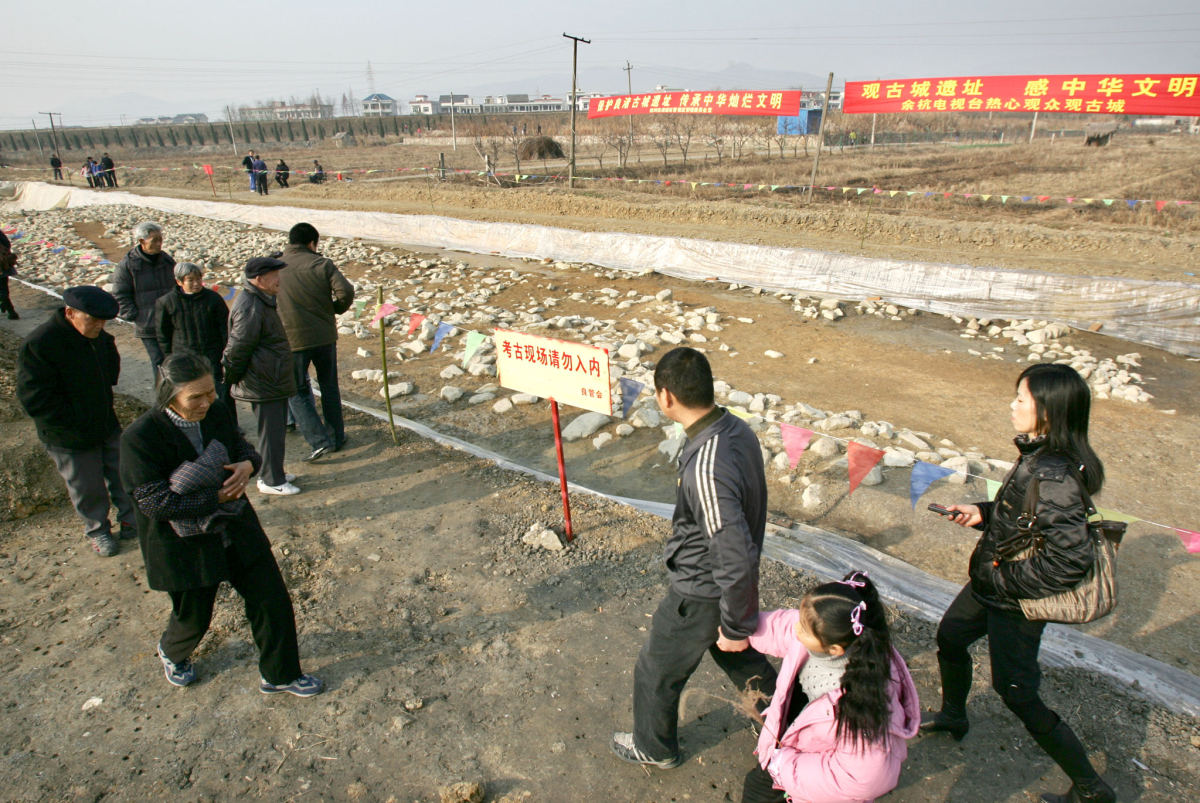 Liangzhu Culture is named after its discovery place, Liangzhu, Yuhang of Zhejiang in 1936. According to C 14 testing, this Culture is mostly distributed in Taihu Lake area about 5300-4000 years ago with Liangzhu as its political and cultural center. Liangzhu Cultural Remains is located in the southeast of Hangzhou-Jiaxing-Huzhou Plain, with large quantities of exquisite jade objects and pottery wares unearthed. Liangzhu Culture is especially renowned as "a culture of jade" because of the large numbers of superbly-made jade objects in various styles unearthed.