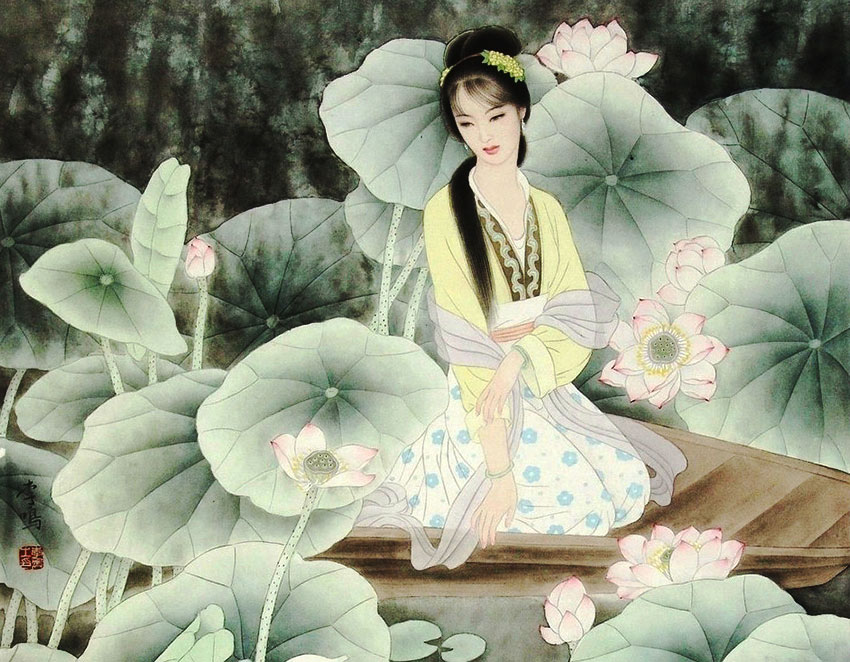 Xi Shi, a legendary beauty, was born in Zhuluo Village of Zhuji (now Zhuji City, Zhejiang Province) , capital of ancient Yue Kingdom during the Spring and Autumn Period (770-476 BC). Xi Shi was only her nickname as according to historical records her birth name was Shi Yiguang (施夷光). Her nickname was formed from the fact that the village she lived in had two parts, the west and the east (Xi and Dong in Chinese), and since the Shi family lived in the west, the girl was thus called Xi Shi.

She used to wash silks with her mother from childhood to youth. Whether slim or plump, with or without make-up, the exquisite features of Xi Shi always took the beholders breath away. Xi Shi's beauty was said to be so intense that when the clear water reflected her beautiful image the fish in the stream would be so dazzled that they often stunned and gradually sank to the bottom.