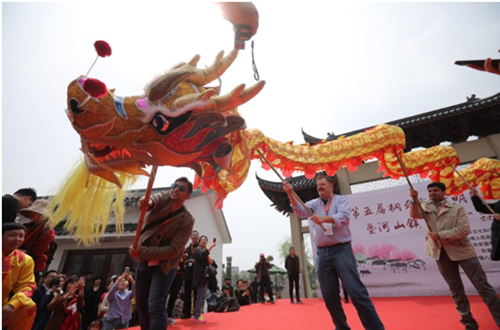 The group learns how to dragon dance. [Photo/chinadaily.com.cn]

The group members from Great Britain, the US, Netherlands, Spain, Belgium, the Philippines, India, Pakistan, Morocco, and Hungary experienced the region's folk traditions firsthand, together with thousands of local people, at the opening ceremony of Heshan Town's Second Silkworm Festival. The ceremony was characterized by traditions like honoring the silkworm god, stilt walkers and dragon dances. Travel blogger Yvonne Horst has lived and worked in China for six years, and this was her first time in Tongxiang. She said that she understood a little about Tomb Sweeping Day, about how it's a day for honoring one's ancestors. She said that she was able to see there's a big event to celebrate the harvest in Tongxiang, and talked about how it gave her a chance to learn more about the local culture.

Tongxiang is located in northern Zhejiang Province. Under the authority of Jiaxing city, the area is famous as the hometown of the silkworm. Silkworm and mulberry traditions have long played an important part in local people's lives. This particular festival, held during the tomb-sweeping period, is an ancient event held by silk farmers to pray for favorable weather and a good harvest of silkworm and mulberry. It is also an integral part of Chinese silk culture. 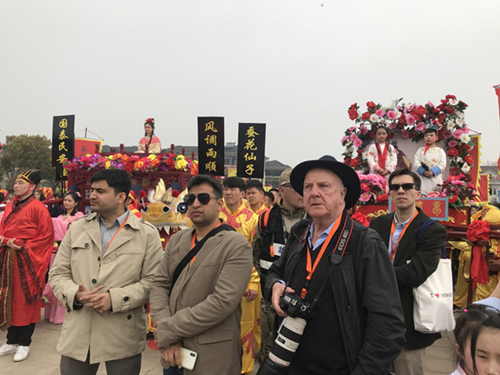 "Many young people come to the festival, which is impressive to me. I think it's important for the local heritage," Yvonne said.

First-time visitors were able to learn about some of the different facets of silk farming, such as spinning and weaving, leaving with a greater understanding of Tongxiang. 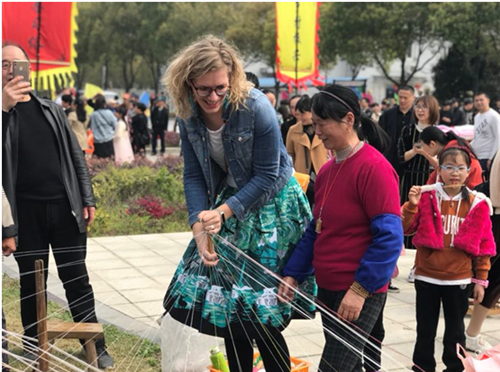 Kyle W Porter from the Hangzhou Association of Foreign Writers was one of these people, and says that he now knows how hard it is to make a bed of silk.

"How much time and effort it takes to complete this process again and again," he said.