The Ritual Ceremony for Great Yu Da Yu, also known as Great Yu, was considered to be a national hero in ancient China, famed for his great endeavors towards water conservancy, also serving as the first emperor of the Xia Dynasty (2070BC-1600BC). Da Yu Mausoleum (大禹陵) lies at the foot of Mount Kuaiji, southeast of Shaoxing, Zhejiang Province, and marks the place where Da Yu was buried, now serving as the main place to worship him. In mid-21st century BC, the then emperor of Xia Dynasty and Da Yu’s son, Qi, initiated the Ritual Ceremony for the Great Yu, which is the archetype of a national ceremony.

The Ritual Ceremony for the Great Yu has a long history and varies in form. Some are held by family clans, some by the emperors, and some by emissaries commanded by emperor; they can also differ based on the season when they are performed, with different customs in spring and autumn. In ancient days, people often mourned Da Yu on every 5thof March on the lunar calendar, the day when he was born. Since 1995, the Ritual Ceremony for Great Yu has been regarded as a regular festival by government. The current form of the ceremony is quite solemn and simple. The rules are not entirely similar to earlier manners of carrying it out, and everyone who admires Da Yu’s great achievements can take part in the activity. The worship of Da Yu’s descendants is the most distinctive one, and is also known as family clan worship. The Yuling Village, situated near the Da Yu Mausoleum, houses the Si (姒) family who are the descendents of Da Yu. The family’s responsibility is to guard the mausoleum and worship Da Yu. 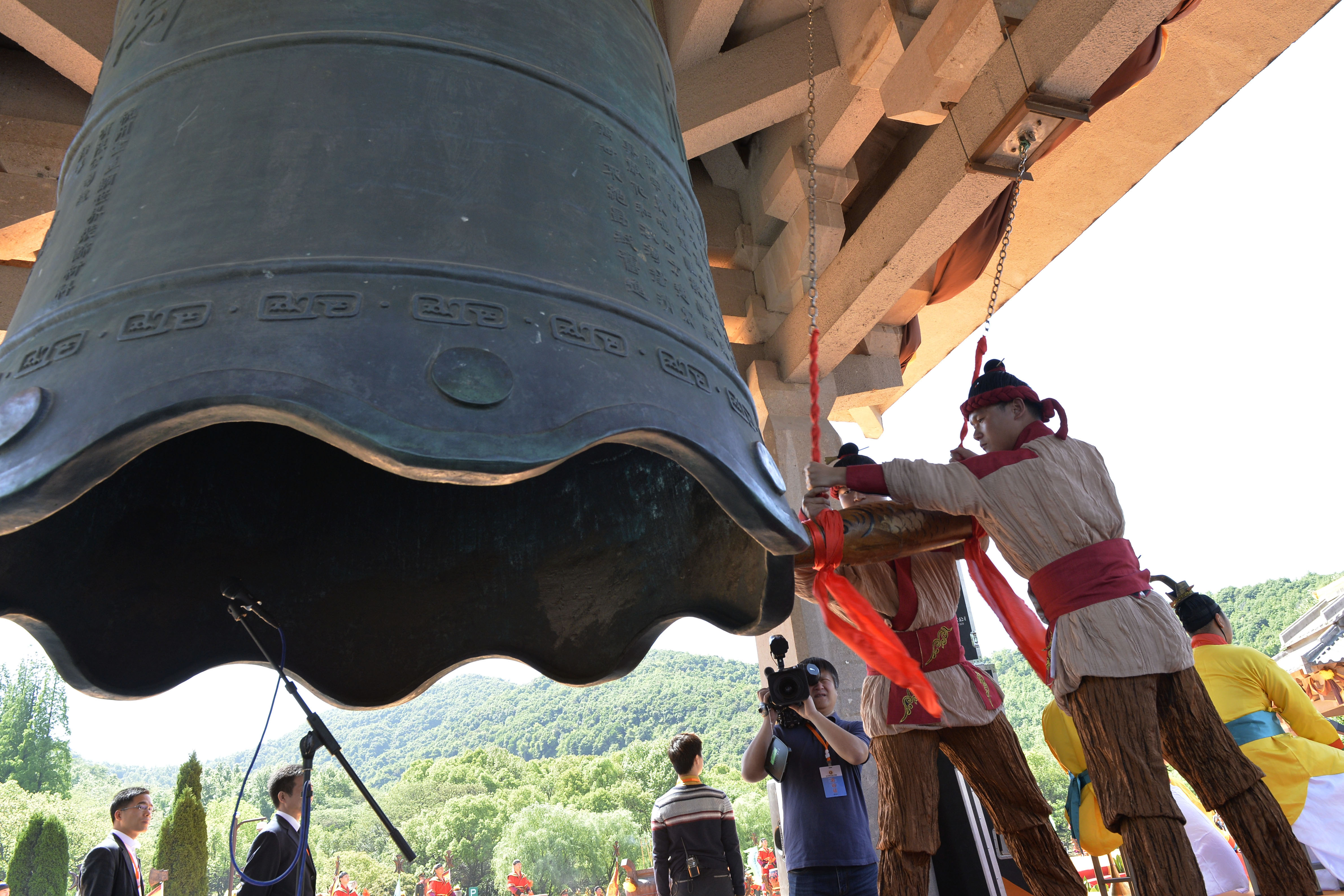 On April 20, 2007, the Ministry of Culture of the PRC and the Zhejiang Provincial government co-sponsored the Ritual Ceremony for the Great Yu, giving it the status of a national ceremony. The ceremony has adopted a “Monarchical Form” (the highest ritual form in ancient times), and includes 13 items in total.

The ceremony starts from 9:50 am, because “9” and “5” represent the emperor in Chinese culture, which shows respect towards Da Yu; the following 9-gun salute refer to Da Yu’s great achievements in water conservancy and stabilization of the country; the 34 beats of the drum indicate the 34 provinces in China; and the 13 bell rings signify the 1.3 billion Chinese people’s appreciation of their ancestor’s contribution.

The Ritual Ceremony for the Great Yu is an important ceremony since ancient times. It is one of the most important worship ceremonies in Chinese history and also provides for essential historical material in the study of ancient Chinese ritual cultures because of its well-preserved procedure. In May 2006, The Ritual Ceremony for Great Yu was added into the first National Intangible Cultural Heritage List.