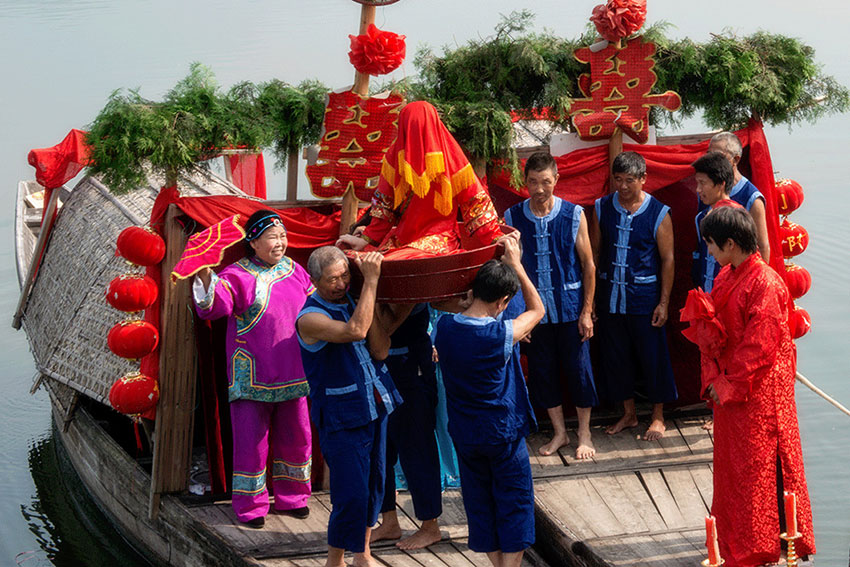 There are two versions of the origin of the "Fishermen of Nine Surnames ". It is said that in the later Southern Song Dynasty (1127 AD-1279 AD) when the Mongols besieged the area of Lin’an (now Hangzhou) and southward, some scholar officials working for the Song government who were reluctant to give up on the Yuan Dynasty (1271 AD-1368 AD) decided to leave their homeland, resolving to never again step on the land invaded by the Mongols. Those people chose to drift on water and made their living by fishing. Gradually, they formed a special society in the western Zhejiang area. 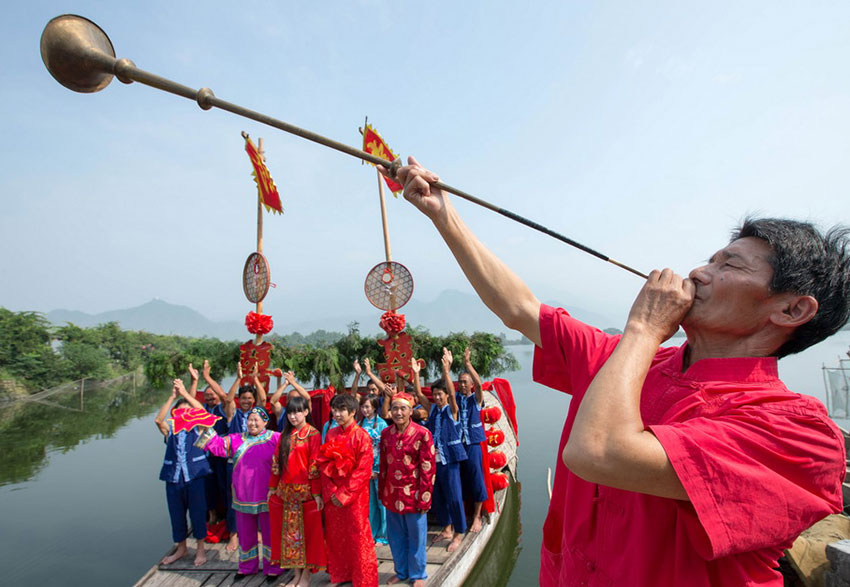 The other version holds that the “Fishermen of Nine Surnames” are actually the offspring of Chen Youliang and his troops from the early Ming Dynasty (1368 AD-1644 AD). Emperor Zhu Yuanzhang and Chen Youliang fought with each other in the later Yuan Dynasty (1271 AD-1368 AD), and Zhu defeated Chen Youliang. However, the Emperor feared that the subordinates of Chen Youliang would rebel against his regime, and this fear of retribution prompted him to exile them to the Xin'an River. The Fishermen of Nine Surnames are not allowed to live ashore or marry or read in the land, in fact, they are even not allowed to put on shoes when going ashore. After many years, this group of people adjusted themselves to the lifestyle, living in the boats and making their living by fishing and shipping, thus following a unique way of living.

Today, "Fishermen of Nine Surnames’ Water Wedding Ceremony" has been deemed a special historical and cultural custom, and has been developed into a unique folk tourism resource in Xin'an River area, with adaptations represented in folk dance, photography and other art forms.