Prosperity for All: Efforts being made in Zhejiang province to meet people's spiritual needs 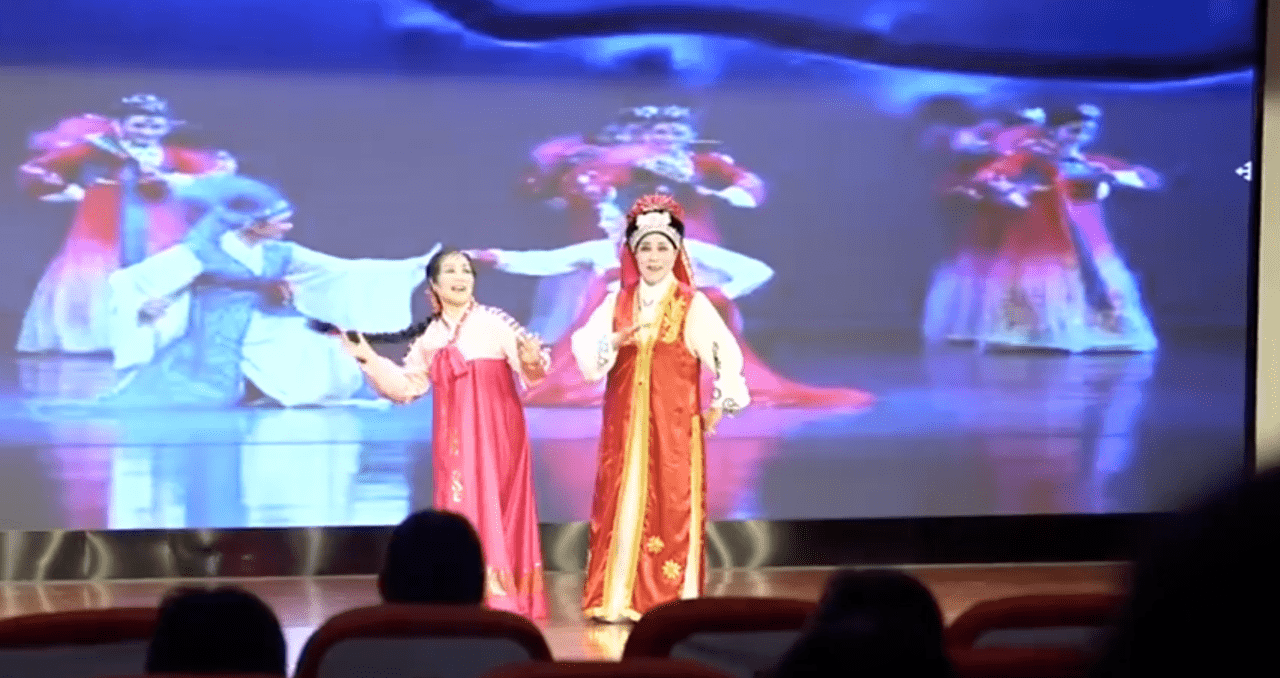 Common prosperity is one of the most important concepts guiding China's policy-making. The country has been taking measures to reach moderate prosperity in all respects. In another episode of our special series "Decoding the Common Prosperity", our reporter Chen Tong tells us about a village in Zhejiang Province that's making people rich by more than just money.

CHEN TONG Jiashan County, Zhejiang Province "The idea of common prosperity is not merely about money, but about spirituality as well. All types of efforts have been made to reduce income gaps among different people in different regions here in Zhejiang Province, but how to enrich people's minds?"

What they are singing is called Yue Opera, which is native to Zhejiang Province. 70-year-old Qu Chiping started to learn this opera at a special university for the elderly after she was retired.

She is not a professional. But Qu and her fellow performers go regularly on stage in Weizhong Village of the county of Jiashan.

QU CHIPING Local Resident "We love to sing, dance and play, so we come here. Local residents welcome us because every time we come here, there is a large audience. Yue Opera uses the local Zhejiang dialect, so people can understand it and sing it."

Weizhong Village has been regularly inviting local performers or groups from other areas to perform for local residents.

Ticket prices are affordable  about five yuan each, that's less than one US dollar. That encourages many local and immigrant residents to come.

LI YONGSHENG Local Resident, Weizhong Village "We can communicate with others here. There is no such chance at home. Spending a little money is not a big deal because I feel good."

LEI SUZHEN Immigrant Resident, Weizhong Village "I think letting my child know more about the local culture is good for her."

The performance takes place in a three-story cultural venue at the village. The building also has exercise equipment, and even a library.

The venue was opened in 2014, and since then, the village has been doing everything it can to attract residents to come more often.

CHEN TONG Jiashan County, Zhejiang Province "This card is available to all families in this village. Whenever you go to the gym or rent a table tennis court you can scan this card, and get points. And once you get enough points, you can redeem them for certain prizes."

Every time Qu Chiping comes to perform, she gets 20 points. Once she gets 500 points on the card, she can get a free pail of cooking oil.

QU CHIPING Local Resident "I check my points to see what I can get. I get this cooking oil. It's good."

This mechanism is called "cultural credit bank", which was started in 2015. Weizhong is the first village in Jiashan county to use this innovative scheme. The amount of money the village uses to purchase prizes has been increasing each year.

WANG BIN Operational Head, Cultural Venue, Weizhong Village, Zhejiang Province "The value of the prizes we gave out to residents was 5,000 yuan in 2015. But the amount reached more than 20,000 as of the end of this July."

China's common prosperity plan is not merely about making people's wallets bulge, but also about enriching their spiritual lives. The Chinese government has been working to promote education in patriotism, collectivism, and socialism. Efforts have also been made to satisfy people's diverse cultural demands.

Weizhong village has a population of some 30,000 people, it's the largest village in the northern part of Zhejiang. Over 80 percent of them are immigrants from other cities. There also 32 members of minority groups, who live here.

Zhao Na, who is in charge of the cultural promotion at Weizhong village, says such a special village definitely needs a cultural venue.

ZHAO NA Commissary of Publicity, Weizhong Village, Zhejiang Province "In such a complicated and special village, we need a cultural venue for local residents' mental and cultural needs, in order to make the village peaceful and harmonious."

Weizhong village belongs to the prefecture-level city of Jiaxing, which has some 1,200 villages. Each village is encouraged to build a cultural venue.

Li Jun, mayor of Jiaxing, says the city has been using innovative ways such as "cultural credit banking" to boost cultural development, especially in rural areas.

LI JUN Mayor of Jiaxing, Zhejiang Province "Innovation can be more effective and get more people involved. We have put more efforts into rural areas, strengthening the establishment of grassroot cultural development and providing more activities in villages to improve people's cultural literacy."

What's happening in Jiaxing is an example of what Zhejiang Province has done in the cultural sector. And the province's cultural landscape is expected to be further expanded. It aims to increase cultural facilities so that all residents can reach one in 15 minutes. And the so-called "15-minute cultural life circle" is expected to cover the whole province by 2025.

While China has been trying to create prosperity in its material sense, efforts have also been made to develop non-material values to bring happiness into everyone's life.

24809148
Prosperity for All: Efforts being made in Zhejiang province to meet people's spiritual needs
19601
Art&Design
新闻