World cultural heritage is the legacy of all human civilization, as well as a typical representative of regional cultures in the world. They have witnessed the development of world civilization. 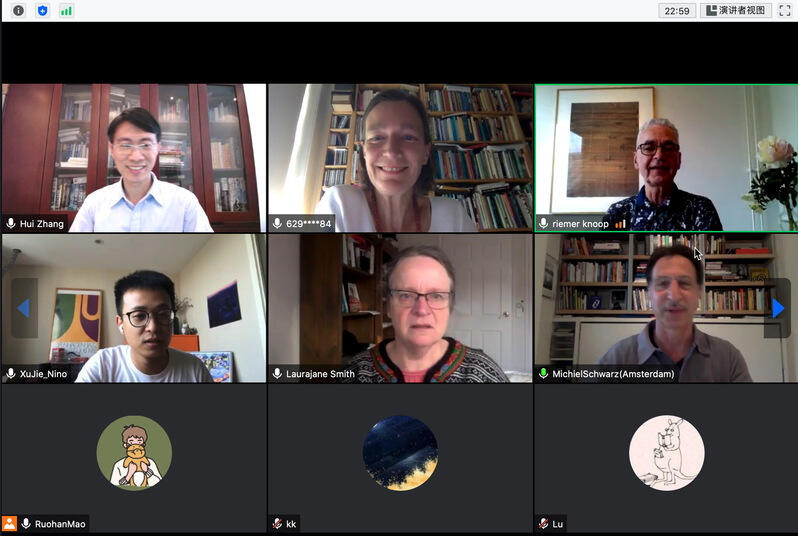 June 13th, 2020 is China's "Cultural and Natural Heritage Day". On this occasion, the School Of Art and Archaeology of Zhejiang University and Zhejiang University Press jointly published the translation "Critically Exploring Heritage and Museums: Voices from Reinwardt Academy Amsterdam ". The two institutions jointly held a webinar, inviting authors and translators involved in this book to exchange views on the new trends of heritage critical research and museum research. Professor Riemer Knoop of the Reinwardt Academy (Amsterdam University of the Arts) is the first speaker of the webinar. As the initiator and promoter of this newly released publication, Prof. Knoop retraced the cooperation experience between Reinwardt Academy and Zhejiang University and briefly introduced the formation of nine documents in the translated works. His speech focused on 'Heritage & Design’ and ‘Street Values', and take them as an example for refining the paradigm shift in heritage research that is currently taking place, that is, from the 'heritage' to the 'making heritage', to be specific, from inheritance to heritage manufacturing. Professor Hester Dibbits, who is the Director of the International Master’s Degree Programme in Museology in Reinwardt Academy, also gave a speech. Starting from the societal challenges of sustainability, inclusivity, and digitality, Prof. Dibbits pointed out that the response strategy in the field of cultural heritage is to teach students how to become professionals who obsess ability of heritage management and museum curating while at the same time truly 'engaging' with the people and community. This webinar was hosted by Associate Professor Zhang Hui from the Institute of Cultural Heritage and Museology. With the speech delivered at the end of the meeting by Hu Zhiyuan, director of the Cultural Heritage Publishing Center of Zhejiang University Press and the editors' representative of this translation, the webinar ended successfully.

Zhejiang University Press and Hangzhou Arts and Crafts Museum jointly published My Puppeteer Friend, which is the first intangible cultural heritage-themed bilingual picture book for children. The book describes the folk customs during the Lantern Festival in Lin'an the capital of the Southern Song Dynasty and introduces ten intangible cultural heritages, such as marionettes, engraving printing, colored-lantern making, round silk fans and clay sculptures using tense and interesting stories. The book also designs much interactive content, including online video lessons, 3D mask making, bilingual teaching cards, stickers, color paintings, and so on. This book won first place in the list of "2019 Best Museum Themed Children's Book", and has been translated into seven languages including Russian, Ukrainian and Japanese, contributing to the overseas spread of Chinese intangible cultural heritage.

On short video platforms such as Tik Tok and Kuaishou, some folk artists make videos showing the colorful traditional Chinese arts and culture. The official media have also opened official accounts to use their great influence to publicize cultural heritage.

On January 16, 2019, the Taipei Palace Museum officially lent out the calligraphy work Funeral Oration for My Nephew by Yan Zhenqing, an ancient Chinese calligrapher, to display at the Tokyo National Museum. The calligraphy work has a history of over 1,200 years. Paper cultural relics will become more and more fragile as time goes by, and the exhibition of paper cultural relics will cause some damage to them. In the Chinese mainland, it is also stipulated that "paintings, calligraphy and silk works before the Yuan Dynasty are forbidden to be sent abroad for the exhibition". Taipei Palace Museum made a low-level mistake lending out the precious work.

It is true that the publicity and display of cultural heritage can arouse people's attention and play a role in protecting cultural heritage, but such practice needs to be in accordance with specific conditions.