On December 14, Huyou Wa (胡柚娃), a national animation film, was previewed and commented in a conference held in Hangzhou, in which clips of the film with a length of 15 minutes was released for the first time to amaze the audiences and guests at the site.

The film was produced by Shanghai Animation Film Studio, the cradle of the Chinese school of animation, manifested with traditional arts such as ink and wash, paper-cutting and Chinese shadow puppetry. Every action and every facial expression of the characters was drawn stroke by stroke on the paper. 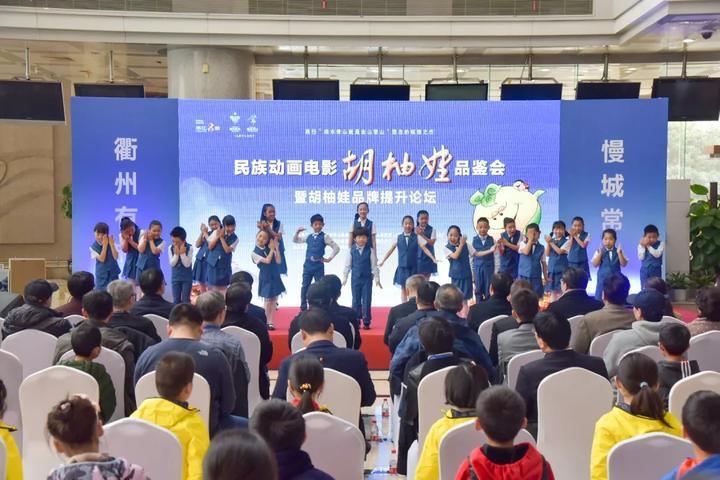 Not long ago, the animated film Huyou Baby won the province’s highest literary and artistic award - the "Five Ones" Project Award. Moreover, the "Huyou Wa" series animated works have successively won awards such as "Nomination Award of Top Ten Cartoon Images of China" in the 4th selection event of top ten cartoon images of China and a silver award for the animation dubbing of "Golden Monkey King Award" for Chinese animation and have also been highlighted in film exhibitions such as China International Cartoon & Animation Festival and Annecy International Animated Film Festival, which have been favored by overseas film producers.