In the afternoon on April 10, the launching ceremony for the national tour of the Chinese national opera performance Deer's Call and its premiere performance were held at Liangnong Cultural Square in Yuyao of Ningbo City, Zhejiang Province. The opera will go on tour in various provinces, including Nanchang of Jiangxi, Southwest Guizhou Autonomous Prefecture of Guizhou, Shenyang of Liaoning, Dunhua of Jilin, etc. The tour is expected to be completed by the end of May. Deer's Call was co-produced by Ningbo Entertainment Group and Ningbo Symphony Orchestra and is the first original national opera in Zhejiang Province. This opera was included in the "Chinese Spirit · Chinese Dream" themed literary and artistic creation project initiated by China Federation of Literary and Art Circles in 2017.

To satisfy the spiritual and cultural demands of the masses in remote areas through high-quality literary and artistic products and exert the "illiteracy relief" function of high-quality literary and artistic products in poverty alleviation work, the Publicity Department of Ningbo Municipal Party Committee, Ningbo Municipal Bureau of Culture, Radio, Television and Tourism, and Ningbo Municipal Federation of Literary and Art Circles in cooperation with Chinese Musicians Association and China Literature and Art Foundation sponsored the national tour of the Chinese national opera performance Deer's Call.

According to the introduction by the relevant responsible person, the opera performance Deer's Call illustrates the story of Tu Youyou, a Ningbo-native scientist, also the first female citizen of the People's Republic of China to receive a Nobel Prize in any category. The visit to the old revolutionary base area also reflects the responsibility of literary and art workers.

"I'm surprised to watch and listen so pleasant an opera performance! The Deer's Call is quite down to earth. You can tell from the props displayed on stage, they have made great efforts," After watching the performance, a villager was excited and expressed the delights. 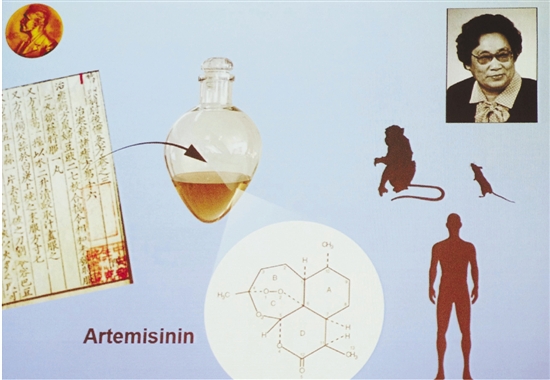 Born in 1930 in Ningbo City of Zhejiang Province, Tu Youyou (Chinese: 屠呦呦) is a Chinese pharmaceutical chemist and educator. She discovered artemisinin and dihydroartemisinin, used to treat malaria, a significant breakthrough in 20th-century tropical medicine.

For her work, Tu received the 2011 Lasker Award in clinical medicine and the 2015 Nobel Prize in Physiology or Medicine jointly with William C. Campbell and Satoshi Ōmura. Tu is the first Chinese Nobel laureate in physiology or medicine and the first female citizen of the People's Republic of China to receive a Nobel Prize in any category. Also, she is the first Chinese person to receive the Lasker Award.