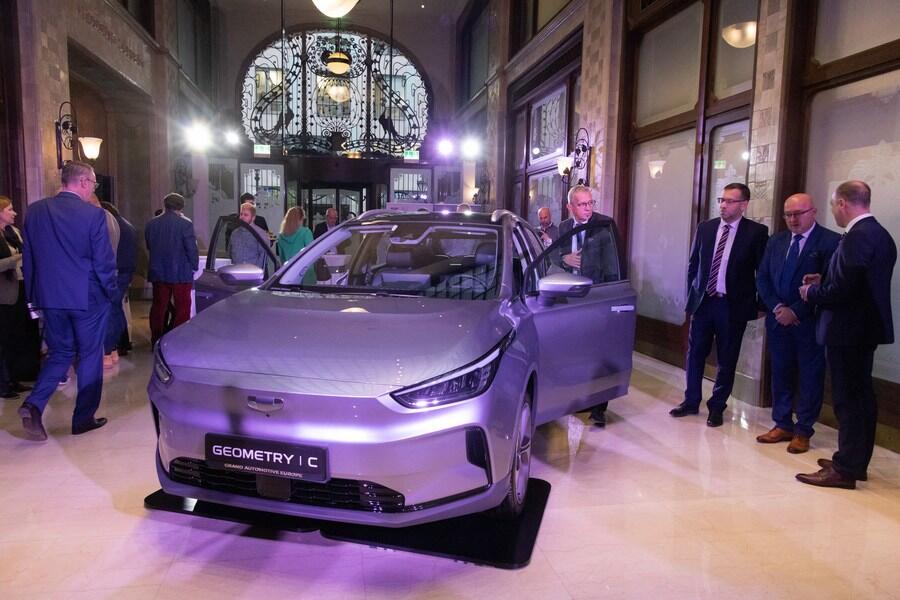 A Geely's Geometry C electric car is seen on display before the signing ceremony in Budapest, Hungary, on Nov 4, 2022. (Photo/Xinhua)

GACE will distribute Geely's Geometry C, a premium category electric car model, in Hungary, the Czech Republic and Slovakia via dealers in its network. The first Geely brand cars are expected to be sold in these three countries in the first half of 2023.

Technical equipment, mobile phones and machinery made in China are considered as being of "top quality," actually even better than most of the established European manufacturers' products, Molnar told Xinhua following the signing ceremony.

"If you look at the automotive industry, the very early signs and the early comments from the European customers on Chinese cars are extremely positive," Molnar said.

"Since we are going forward with e-mobility, electric vehicles, I think the Chinese manufacturers have a super great chance to improve the overall quality and the leadership in technology," he said.

According to Geely, internationalization is the key to the company's strategic layout, and the entry of its brand into the central and eastern European market is an important step in its globalization strategy.

Geely Auto Group, founded in 1997, is a leading automobile manufacturer based in Hangzhou, capital of east China's Zhejiang province. Its well-known automobile brands include Geely Auto, Volvo, Polestar, and Lotus.