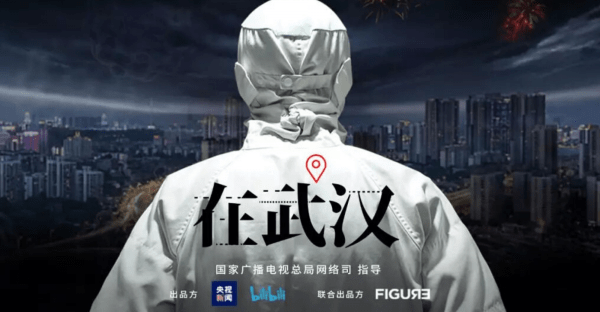 Wuhan local Li Wang was standing in front of the fresh food shelf, debating how to spend his consumption vouchers.

“I obtained the consumption vouchers from various platforms, including in grocery stores, Alipay, WeChat, Taobao, etc.,” said Li, a 25-year-old salesman, “and I spend the vouchers buying daily necessities, such as yogurt, frozen dumplings, tissues.”

Four months after it eased lockdown measures, Wuhan is recovering. The local government has rolled out measures to stimulate growth, including the provision of 500 million yuan shopping vouchers to households, and the issuing of tax breaks for eligible enterprises through the end of the year.

Wuhan, the most populous city in Central China’s Hubei province, has undergone an economic rebound over the last sixth months. The decline in the city’s regional gross domestic product (GDP) was 20.5% lower than in the first quarter, according to a July notice from the Wuhan Municipal Development and Reform Commission.

“The trajectory of Wuhan’s economy and the rest of China show the post-virus recovery will be rapid albeit on a two-track path,” said Wen Bin, a researcher at China Minsheng Banking Corp in Beijing, reported by Bloomberg .“Small outbreaks of new infections will likely continue to take place during the recovery, but it probably won’t impact broad economic momentum.”

The behavior of Wuhan’s consumers has been altered as a result of the COVID-19 pandemic.

According to data from China’s online retail giant JD.com Inc., products purchased by consumers in Hubei have gradually shifted from rice, grains, and medical supplies towards quality fresh food, toys and gifts, and even tourism services.

“I ordered rice, vegetables, and fruit from the e-commerce platforms during the pandemic,” Li said. “Now I barely use the delivery platforms, and I think it’s more healthy and reassuring to eat at home.”

According to Li Xiaowei, head of public relations at the Wuhan-based convenience store Today, Inc., the sales of steamed buns, grilled sausages, flour, yeast, and epidemic prevention materials had increased during the outbreak, and now they have returned to a relatively stable level. “The average turnover of this store during the epidemic was 50 thousand yuan per day – now it is 30 thousand yuan per day.”

“COVID-19 has resulted in long-term changes in consumption,” said Ranhao Qian, the head of JD’s Jiangjun Road delivery station in Wuhan. “Even today, 60% of the customers in the region I oversee prefer contactless delivery over delivery to door.”

Consumers in China remain more optimistic about their own country’s economic outlook than their counterparts in the rest of Asia, Europe, or the United States. Furthermore, Chinese consumers are spending on a broader range of goods, including food takeout and delivery, snacks, skin care and makeup, according to a July article by global consulting firm McKinsey & Company.

In April, the Hubei Provincial Department of Commerce joined forces with Alibaba to sign the Chunlei strategic cooperation agreement. This plan provides financial assistance geared towards expanding the domestic and international distribution of products, establishing digital agricultural bases and providing loans, among other objectives.

Meanwhile, Pinduoduo announced its cooperation with Hubei local authorities in offering various subsidies and financial support to the local economy.

Also in April, JD launched the “Buy Hubei Goods” initiative to help boost the sale of the province’s agricultural products, resulting in over 1,400 tons of local fresh products sold in six days.

JD also declared that it intends to support the implementation of various smart city services, including Hubei’s emergency material management platform and a digital media information and services platform. This public-private partnership will leverage JD’s strength and expertise in cloud technology, AI, and big data to help the local government improve its emergency response capability.

The original article can be found at https://pandaily.com/tech-companies-lend-helping-hand-in-hard-hit-wuhans-recovery-from-pandemic/