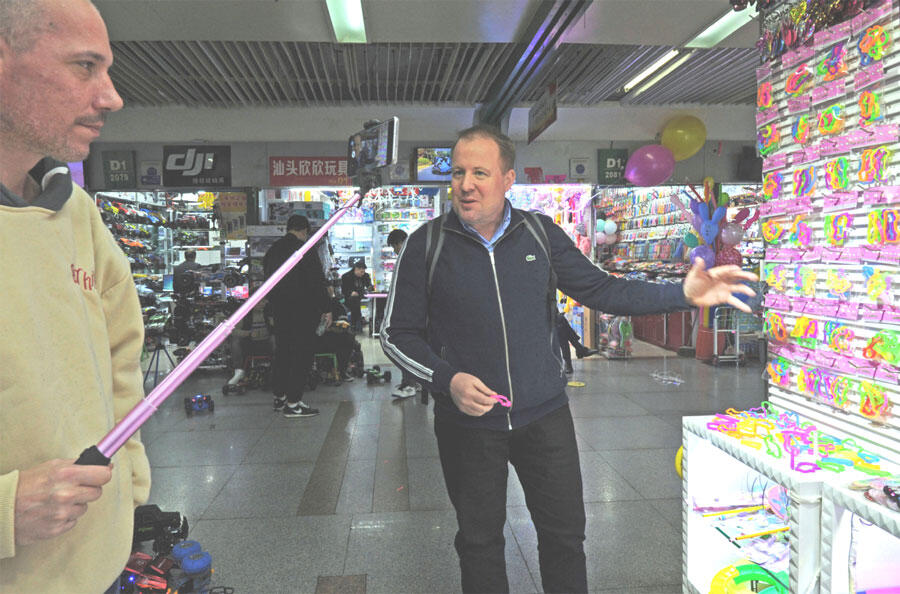 British businessman Nigel Cropp took "Taishan" as his Chinese name because he always gives people the impression of being "as stable as Taishan Mountain".

Taishan came to China to teach English to business people in 2005 and married his student Wu Qin three years later.

To put his marketing skills into practice, Taishan opened an import and export company with his wife in 2008.

Relying on Yiwu, "the world's largest wholesale market for small commodities", the couple's business took off. In 2012, Taishan opened a Western restaurant, taking advantage of the city's attractiveness to international business people.

China Railway Express has opened 11 routes since November 2014, which has opened new paths for Taishan's business. From Christmas decorations to household supplies, Taishan and his wife export "Made in China" products to Europe and the US.

"Products 'Made in China' are inexpensive and nice, and their quality is improving. The market for these products is becoming wider and wider," Taishan said.