On September 19, the United Nations Environment Programme announced that for encouraging 500 million people to participate in low-carbon life and turn the carbon reduction volume into 122 million trees in desertification regions, the Ant Forest of Alipay has won a “Champions of the Earth” award, the United Nation’s highest environmental honor.

This is the only project of China to win the award this year. In August 2016, Alipay launched the “Ant Forest” program. Alipay users could accumulate green energy through low-carbon actions such as green travel and reducing the use of paper and plastics and grow a tree in their smartphone. For every tree grown by the users, the Ant Forest and public welfare partners will plant a real tree in the desertification regions to foster and stimulate the low-carbon and environment protection of users. By August this year, 500 million users of Ant Forest had reduced carbon emission of 7.92 million tons in total, planted 122 million real trees with a total area equivalent to 1.5 times the territory of Singapore.

The Ant Forest’s winning of “Champions of the Earth” Award from the UN signified that the digital technology based environment protection scheme of China has won high recognition from the international community. In fact, the tree planting model with a smartphone initiated by Ant Forest has swept the globe. In June this year, inspired by the Ant Forest of Alipay, the leading electronic wallet GCash of Philippines released the Philippines edition of Ant Forest--GCash Forest to encourage Philippines citizens to better protect the environment with their low-carbon actions. 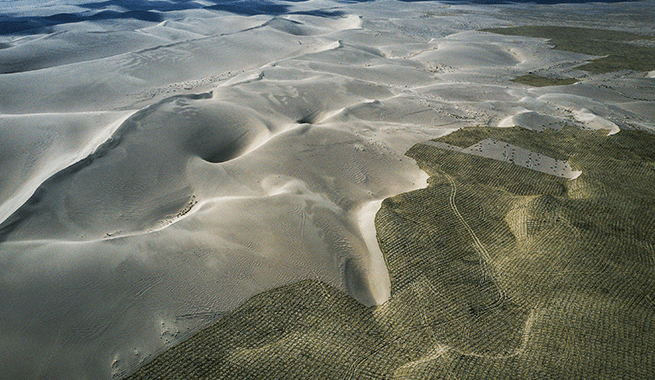 In the past three years, the UN’s “Champions of the Earth” Award has commended the innovators and practitioners of environment protection in China. The forest builders of three generations at Saihanba have worked hard continuously for more than half a century to turn barren sandy land into green mountains and blue waters, for which they won the “Champions of the Earth” Award of 2017. The “demonstrative regulation and improvement project of villages” promoted by Zhejiang Province in the building of beautiful countryside won the award in 2018. It’s noteworthy that all the aforementioned three projects have won the “Motivation and Action Award” of the “Champions of the Earth”.

It’s a key goal of the global sustainable development and environment protection to motivate more people to take action. The green practice of China represented by the Ant Forest indicates that it has become possible for all people to participate and take action depending on digital economic and scientific and technological strength.