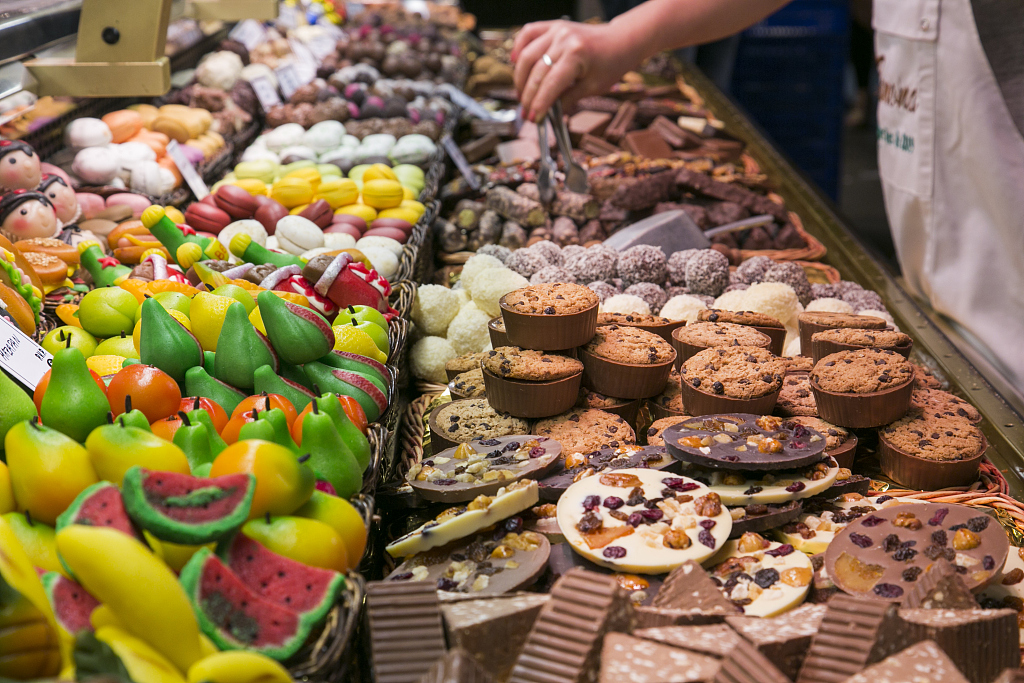 The Gonglian City Centre of the Hubin lakeside business area has recently opened a food court for popular online stores. Gonglian, which has initially introduced 32 stores for the space, charges no rents.

Taking the Exit D of Long Xiang Qiao Station of Hangzhou Metro Line 1, visitors can go directly to the underground floor of Gonglian. The food court on the floor now has 32 popular online stores and is named "Weidian Park".

As an innovative neighbourhood commercial project of Weidian Group, Weidian Park covers an area of 2,000 sqare meters. Weidian chose the site, refurbished and provided facilities for the restaurants. Merchants don't even need to pay for the rent of the venue, they can apply for a minimum one-week lease with only 15% of the operating commission. The model is thus called "Wework for restaurants".

Ai Wen, owner of an oden restaurant, said he opened the store on Jul 31. Ai works full-time as a product director of a company, but comes to help out during the peak hours every day from his office in the Intime Department Store in the west part of the city. Xiaobulala, owner of the Wild Chicken from Cloud Bamboo Mountain restaurant, is vlogging with her five-month-old baby. "The chickens for our 28 RMB Cold Noodle with Shredded Chicken dish are raised in mountains of Lin'an. Many guests want not only our noodles but also the chickens, … We can sell about 100 bowls of noodles every day," said Xiaobulala.

"I have a two-week lease with Weidian and I want to use this chance to communicate with my fans," said Chi Xiaoxi, who was born in 1990s and started his own business in Mount Changbai after resigning from Changchun TV Station in 2016. The slogan for his store is "Traveling 1,600km here for you". His store sells popular foods from his online store on Weidian, including Naengmyeon, flavored beef tendons, coarse grain pancakes, and pine nuts. "Everything was sold out except for the last pack of beef tendons by last night. I wanted to use it for today's vlogging, but a guest returned and bought it," said Chi.

Will it be a sample of the city's neighborhood commercial projects

The 32 stores were selected from over 1,000 food stores and restaurants in China. Some of them prefer long-term engagement like Ai Wen, while others only want a short-term lease.

"We've tested the food court for two weeks, and popular stores generate CNY 3,000-4,000 turnover each day," said a manager with Weidian. The project, which is dedicated to supporting small businesses, is different from previous physical stores opened by e-commerce platforms. It's more like a shared space for stores, "whether you sold stuff online or offline, you are supposed to get pretty nice ROI from Weidian Park, as long as your stuff fits the niche market with innovations," the manager said.

"We used to go to various offline markets, and the introduction of new passengers is still considerable. Stores, big or small, saw our stalls and talked with us on cooperation," said Ms. Fang on open a store at Weidian Park, who started her own snack business when she was a college student and now her company involves 10 workers.

The membership benefits of Weidian app is also available for visitors to Weidian Park. And they can always order online for anything they tasted at the stores. Weidian Park will update its service model every week based on the data generated from the stores, providing a new experience for visitors.

Will the "Hangzhou sample" of neighbourhood commercial projects work in an era of rising rental costs, more expensive data and marketing-driven consumption? The market and customers will have their answer.