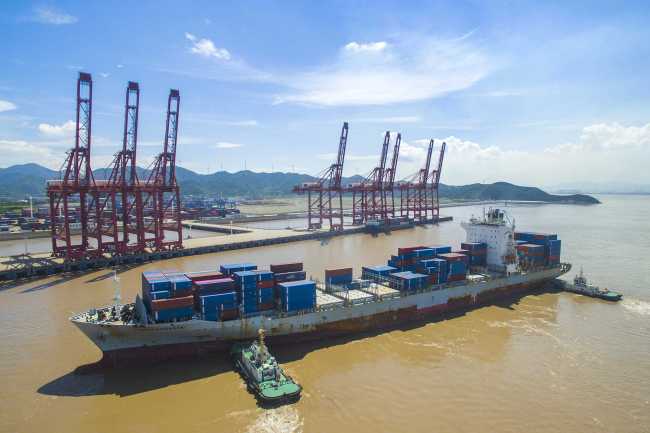 To stabilize foreign trade, the key is to further expand opening up and focus on enhancing the endogenous power of enterprises through market-oriented reforms and by economic means, according to a statement released after a State Council executive meeting chaired by Premier Li Keqiang.

China will improve its fiscal and tax policies as the meeting studied how to further lower the country's overall import tariff level, refine export tax rebate policies and speed up the tax rebate process, the statement said.

China will explore and propose more special types of insurance for foreign trade enterprises, guide financial institutions to increase foreign trade financing support to small and medium-sized enterprises and improve the convenience of RMB settlement, according to the meeting.