Zhejiang at the forefront of BRI efforts 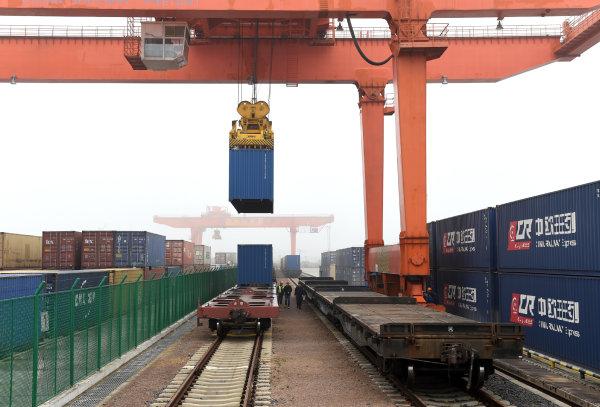 On the Second Belt and Road Forum for International Cooperation kicked off in Beijing on April 26,guests from different countries exchanged their views on the same topic in different languages.

A new pattern of reciprocity and mutual benefit

In the context of a complex situation, the economy of Zhejiang saw a "great start" in the first quarter, with remarkable achievements made in foreign trade. According to the statistics, the total exports and imports of the province in the first quarter was RMB 663.57 billion yuan, a year-on-year growth of 6.8%, taking the lead among major coastal provinces and municipalities with regard to growth speed. Behind the gratifying data was the forming of a diversified foreign trade market of Zhejiang at a faster pace.

Along the Ancient Silk Road, 320 Madrid-Yiwu trains ran last year, which shipped 25,060 TEU of cargoes in total, an increase of 68.8% compared with the previous year.

Up till now, Zhejiang has established 10 overseas economic and trade cooperation zones in the countries along the Belt and Road, with an accumulated investment of over USD 5.5 billion, creating more than 60,000 jobs for host countries.

Zhejiang pulls together to build a great platform

For years, Zhejiang has been deepening and solidifying the construction of Belt and Road and now it is imperative to call for a new platform that is opener and more inclusive.