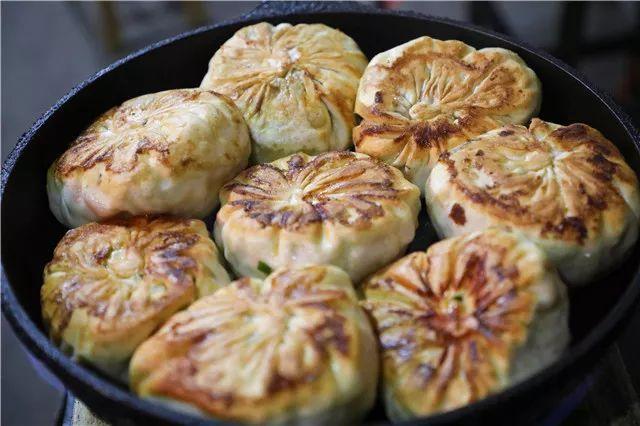 After coming back from a business trip to Kaihua, I seem to have been baptized entirely, asking myself every night about how much "saliva" will be consumed on a trip to Kaihua. Spiral shells, stinky mandarin fish, Majin dried beancurd...

Undoubtedly, Qigao cake of Kaihua is what you cannot miss. Qigao cake sold at a roadside stall is “soft”, while the Qigao cake of Xiaohei Store is more like pizza, but a bit softer than pizza and tastes better, which I have never tasted elsewhere. 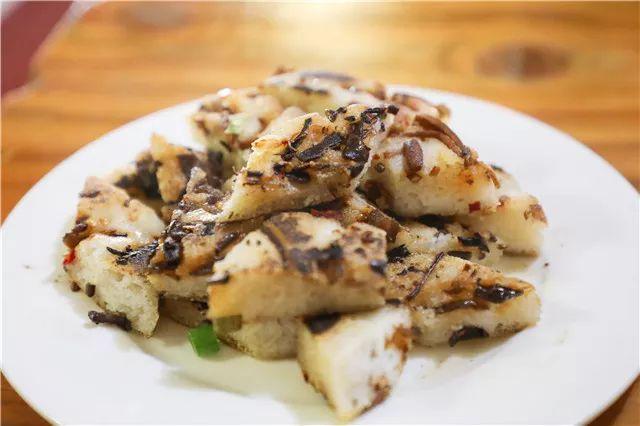 After leaving Xiaohei Store, I went to a store named “Jinyinzhen Soup Dumpling”. Opened two years ago, it used to serve soup dumplings. Afterwards, the proprietress found that the skin of soup dumplings could be used for pancakes, so she invented leek pancake which gained great popularity later.

The pancakes were full and plump. The first bite would secure its first position among leek pancakes in your heart. The freshness of the leek could be tasted instantly.

Although I personally felt that the pancake of downtown Quzhou was wonderful enough, a local of Kaihua must have his reason to recommend the “Quxi Pancake” store. After a while, the meat pancake was also served. The pancake looked special, a bit fat and round, just like an amplified version of Quzhou Small Pancake. But you cannot bite it at once as the gravy inside was hot. So I waited anxiously for it to become cooler.

It’s a pity that it is the first time for me to hear of Chuifen, a well-known dish of Kaihua. I had thought it was simply a kind of rice noodles. Chuifen was available in many stores of Kaihua, and a typical one should be Suzhuang Chuifen. Chuifen with vegetables, unique to Suzhuang Town, was served first with the recommendation of the boss. The ingredients of the dish include leaves of apparatus lettuce, bean sprouts, broad beans and bacon, which made it popular among customers and rich in nutrition, particularly suitable for female customers. Bacon in the dish is a finishing touch, which enhances the taste. Though vegetables are the main ingredients, the effect of bacon cannot be neglected.

Kaihua is known as a “hometown of cuisine in Zhejiang”. It’s impossible for me to taste all delicacies of the county in one or two days. In a hurry, I only explored the “tip of the iceberg” of its foods.