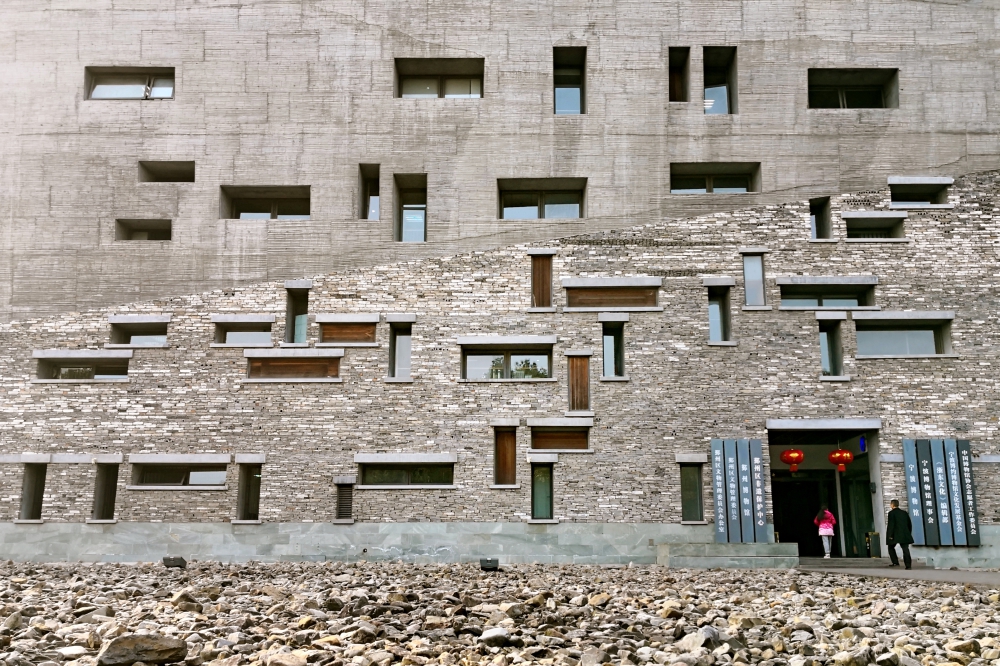 As a province of profound culture and long history, Zhejiang is ample in museums with distinct characteristics where local cultures are presented vividly. Thus, we are going to share with you those unique museums in Zhejiang which are sure to take your breath away!

Opened on December 5th, 2008, Ningbo Museum is now rated as a national first-level museum focusing on the history, culture, arts and traditional customs of Ningbo. It covers a floor area of 30000 square meters.

The museum is designed by Wang Shu, the first Chinese citizen to win the Pritzker Architecture Prize in 2012.The design is a conceptual combination of mountains, waters, and oceans. Features of traditional Jiangnan residences are integrated into the museum design by decorations of the outer walls with old tiles and cement-covered bamboos. 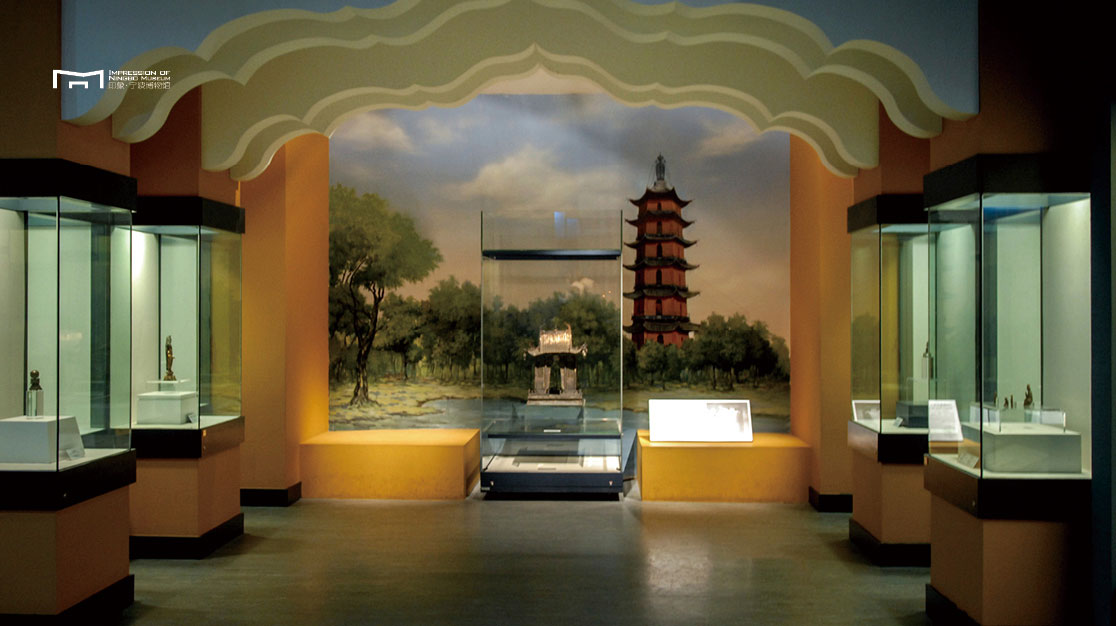 The first floor of the museum is constructed as a whole part, while the building starts to tilt on the second floor, giving the whole building a mountain and also a boat shape. This design alludes to geographical features in Ningbo as well as the importance of maritime trade in its history, thus making the museum a symbol of Ningbo history and culture, as well as a delicate and creative exhibit in itself. If you want to take a glimpse of the past and present of Ningbo, the museum is a perfect window for you. The museum covers a total exhibition area of 8000 square meters, consisting of permanent exhibitions, temporary exhibitions, and theme exhibitions.

Permanent exhibitions are located on the second and third floors with a total space of 5400 square meters, showing the history, culture and traditional customs of Ningbo, including the bamboo artifacts donated by Qin Bingnian.

On display in Ningbo Museum are a collection of more than 60,000 exhibits dating back to Hemudu Neolithic Culture 7000 years ago, including bronze wares, ceramic wares, bamboo-carving objects, jade pieces, calligraphy and paintings, gold and silver wares. 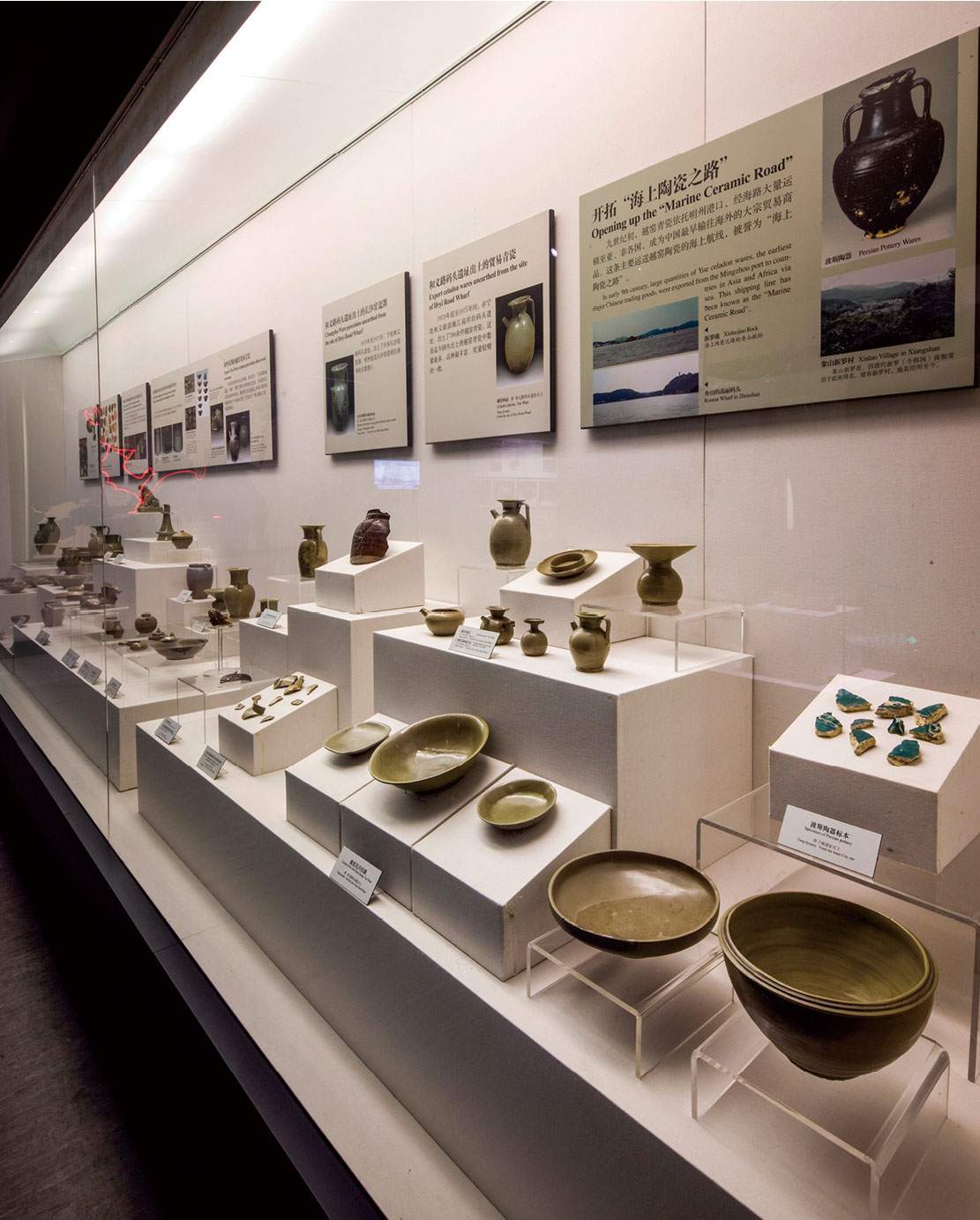 Ningbo History Exhibition is the main exhibition of the museum, showing the history of Ningbo from the Hemudu culture until modern times. Major stories are about ancient cultures, Yue Celadon Porcelains, scholary traditions in ancient times, the expansion of the city as a major port, the Maritime Silk Road, and overseas Ningbo merchants, etc. A large number of artifacts, historic photographs models are displayed. Since its founding, Ningbo Museum has positioned itself as a “citizens’ museum” and a leisure destination. The museum has been organizing a wide range of educational events to meet the cultural needs of the general public and create a new lifestyle for them. Meanwhile, in terms of academic innovation, the Ningbo museum also takes the lead in setting up a sub-council for volunteers under the Chinese Museums Association and a research center on Maritime Silk Road, and actively explores new functions of the museum through these two national-level professional platforms.